On the occasion of 24 years from the Operation Storm, which lasted from 4 to 7 August 1995, the Centre for Civic Education (CCE) pays a tribute to the innocent victims of this crime and urges the competent institutions to prosecute all those responsible, but also to work on strengthening the culture of remembrance through the proactive engagement, as a prerequisite for ensuring justice for victims and preventive action.

We remind that the attack on Knin, 24 years ago, in the dawn of 4 August 1995, marked the beginning of the long-prepared exodus of Serbs from Krajina. In the military-police operation ‘Storm’ by the Croatian units, systematic crimes were committed against civilian population of Serb ethnicity and their property. In few days, around 250,000 people were evicted, mainly to Bosnia and Herzegovina, Serbia and other countries of former Yugoslavia, and thousands of houses and other facilities have been burned, while still large number of refugees are waiting for their return to the areas from which they were expelled. According to the data of the Croatian Helsinki Committee for Human Rights, by the end of 1995, about 400 Serbs who decided to stay in their homes were killed. 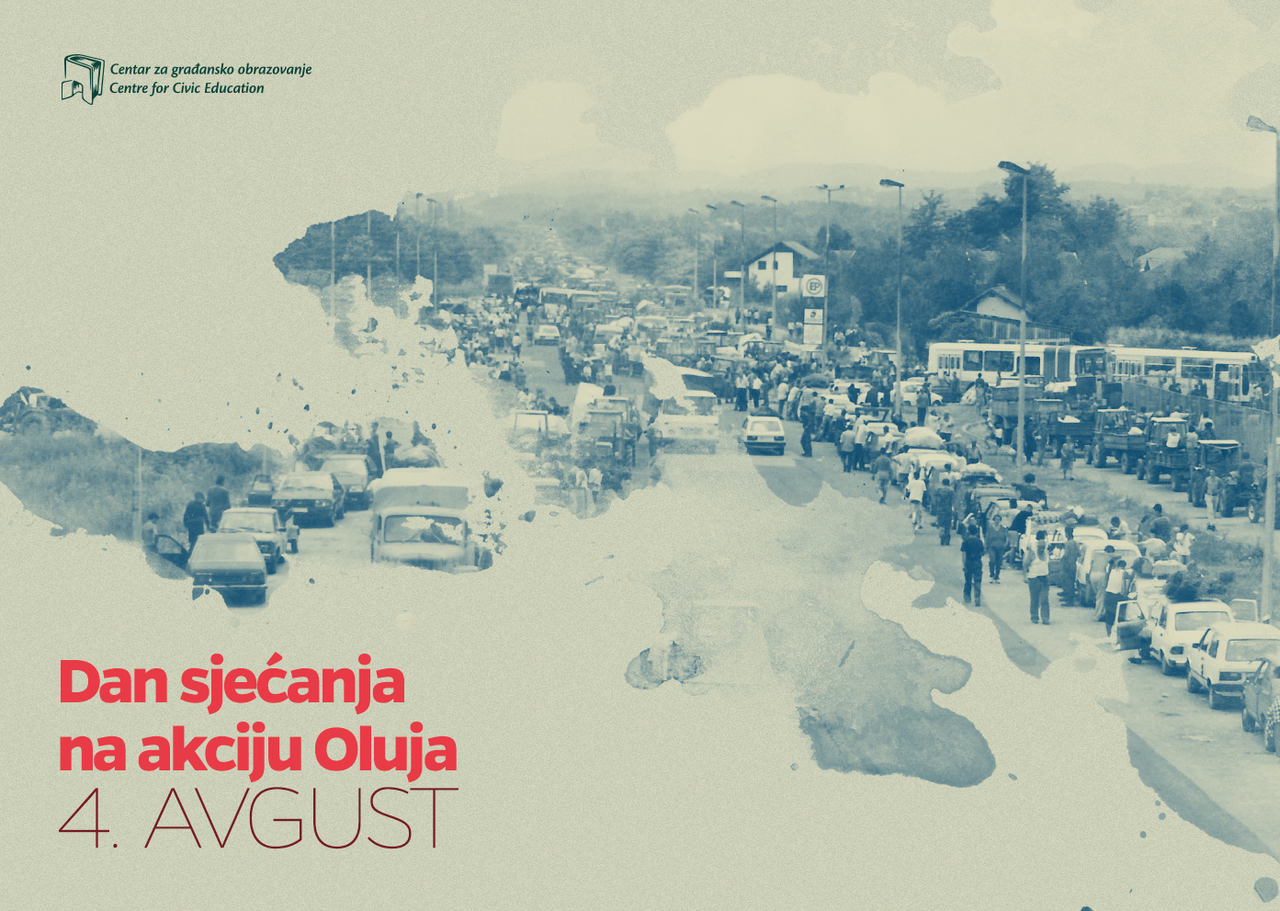 Operation ‘Storm’ is the biggest and one of the most brutal ethnic cleansing in the territory of the former Yugoslavia in the conflicts of the 1990s, and it is also a crime for which none has borne responsible to this day. Namely, the International Criminal Tribunal for the former Yugoslavia (ICTY) sentenced general Ante Gotovina (commander of the Croatian Army and General Operations Commander of Operation Storm in the southern part of the Krajina region) to 24, and general Mladen Markac (Special Police of the Ministry of the Interior of the Republic of Croatia) to 18 years in prison. The verdict notes that, together with several Croatian officials, including former President Franjo Tudjman, they participated in joint criminal action, whose objective was permanent removal of the Serbian population from Krajina area by force, spread of fear or threats of violence, persecutions, forced resettlement and deportation, seizure and destruction of property, etc.  Following the appeal, in 2012 the ICTY acquitted general Gotovina and Markac of individual criminal responsibility. This judgment has provoked a lot of controversy because the ICTY Trial Chamber and the ICTY Appeals Chamber – on the basis of the same facts and the same law – reached the diametrically opposite conclusions on the key issues raised by the prosecution and the defence during the trial. However, it is important to emphasize that these conclusions do not question the established facts about what actually happened during and after operation ‘Storm’.

The European Union has set the good neighbourly relations and reconciliation high on the priority scale in the Enlargement Strategy 2018, as noted at the last Western Balkans Summit in Poznań. Unfortunately, there has not been major progress at the territory of the former Yugoslavia when it comes to the process of reconciliation, which is also demonstrated year after year with different commemorations of the crime ‘Storm’. Therefore, it is crucial to determine facts about the victims, which should be a priority for all governments in the region, in order to restore the dignity to all victims, without additional victimization, to prosecute those responsible, but also to prevent future similar events. Any tactical interests should not exist there, nor simulation of struggle for establishment of transitional justice. It is also a question of accountability and it clearly lacks amongst political elites in the region.

In order to remember the crimes and to be reminded by them, the CCE insists on strengthening the role of the education system, which will influence development of modern democratic and civil society in which victims are respected. Integrating the process of dealing with the past into teaching history does not only represent strengthening of the culture of remembrance, but it is also one of the foundations of democratic society and long-term success in the processes of reconciliation, both internally and with neighbours.

Tamara Milas, CCE Programme Associate and spokesperson of the Coalition for RECOM