On the occasion of 23 August – European Day of Remembrance for Victims of All Totalitarian and Authoritarian Regimes of the 20th century, the Centre for Civic Education (CCE) pays tribute to all victims and their families. At the same time, we take the opportunity to remind of the importance of thinking about these sensitive and complex issues from the past, so that new generations can have lessons learnt and hence establish coexistence based on democracy and respect for human rights. 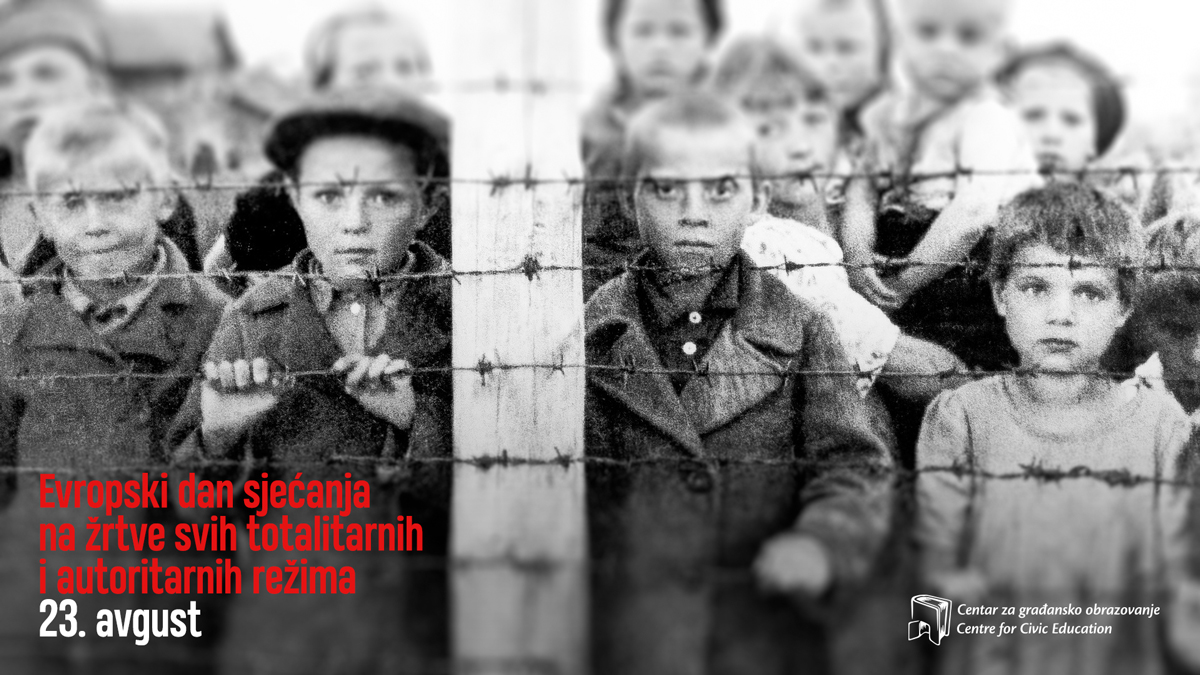 Unfortunately, Montenegro remains consistent in suppressing unpleasant issues from the past or opening them occasionally and selectively, without recognizing the importance of systematic facing with them, which is necessary for sustainability of the society on sound grounds. The CCE believes that ignorance of such dates represents ignorance of the victims of political repression in the 20th century, but it also demonstrates that political elites do not adequately protect those whose families represent symbol of suffering of the Montenegrin population during the repression of the 20th century. In addition, this does not encourage development of policy of remembrance in Montenegro, practice of marking the place of tragedies or commemorative culture.

The CCE uses this day to support victims of totalitarian regimes and to appeal to competent institutions not to let their suffering fall into oblivion, to recognize their rights, and to bring to justice the perpetrators as far as possible.

We also recall that the Parliament of Montenegro has adopted the Council of Europe Parliamentary Assembly Resolution from 2006 concerning international condemnation of the crime of totalitarian communist regimes and the Resolution on removing the legacy of former communist totalitarian systems. Also, the European Parliament issued recommendation emphasizing that each country should set time and manner to commemorate remembrance of the victims of totalitarian regimes and adapt it to its own history and tradition.

In this regard, the CCE reiterates its call for a law to be enacted in Montenegro to rehabilitate and indemnify the people from Goli Otok or their immediate family members, given that the issue is still burdensome in Montenegrin society, and that the Government promised that it will include it in its agenda, as  obliged by adopted Declaration in the Parliament of Montenegro.

Also, it should be noted that Montenegro has never initiated research on victims of war repression and the post-liberation trials in 1945. Although today’s Montenegro is based on anti-fascism, we can only honestly preserve it if we clarify the crimes committed on its behalf.

Finally, we call for reconsideration of the educational material and manners of teaching totalitarianism, as well as other related topics, in order to prevent their misuse for daily political purposes.