Podgorica, PR Press Service – Corruption strongly and negatively affects economic development, contributes to social stratification and inequality, which is why it is necessary to further strengthen the mechanisms established by local self-governments in terms of transparency and accountability of preforming jobs of direct interest to citizens. 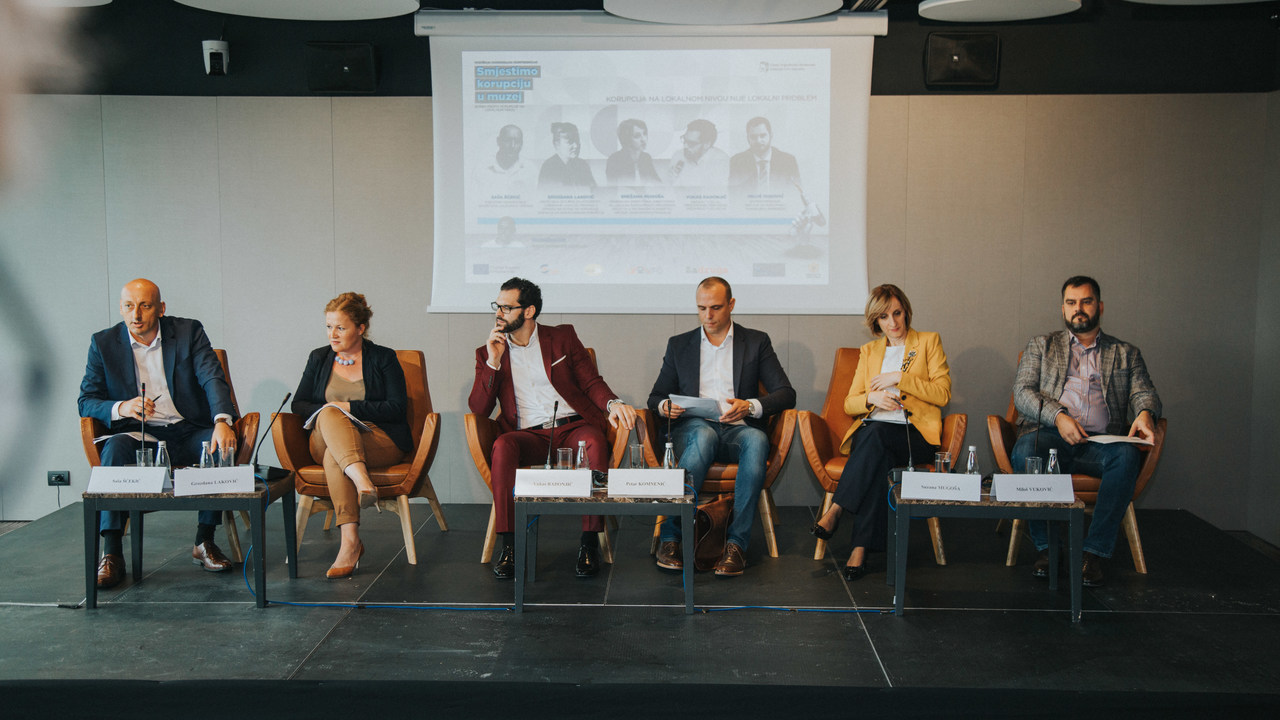 Deputy Secretary General of the Union of Municipalities, Sasa Scekic, stated that the mechanisms, which all local self-governments had established, need to be further strengthened in terms of transparency and accountability of performing jobs of direct interest to citizens.

‘I do not agree that these mechanisms have not been established. I can agree that there is a space for progress and change, however, they are clearly established and exist in all local self-governments. Whether and to what extent we use them and whether we use them in the right manner is a question for all of us,’ emphasized Scekic.

He believes that continuous capacity building of local community civil servants and employees is very important.

‘This implies complex and responsible jobs, and we have a challenge that people who do these jobs often change. We have a situation that people leave municipalities and start working in private sector. We have to pay attention to keep these people, to further train them to do their job,’ said Scekic.

He also stated that ‘there is an inaction of citizens when it comes to issues that are of immediate interest to themselves.’

Executive Director of the Institute for Business and Finance Literacy, Milos Vukovic, said that corruption had strong and negative influence on economic development and quality of life.

‘Corruption contributes to stratification and inequality in every society, including Montenegro, undermines trust into institutions and can lead to certain instabilities in society. It is difficult to measure systemic corruption due to its hidden nature and its various manifestations in society. Corruption is very persistent and the results in the fight against corruption are very slow’, Vukovic considers.

Vukovic recalled that, according to IMF Fiscal Monitor, from April 2019, it is clearly demonstrated that Governments’ revenues were significantly lower in countries that were deemed to be more corrupt.

‘For the group of countries to which Montenegro belongs, only tax revenues can generate 4.25% more annual GDP compared to the least corrupt countries. As GDP is estimated at 4.6 billion euros in 2018, this means that Montenegro, only with better tax collection, could have collected more than 195 million euros or about 535,000 euros a day or 6.20 euros every second or about 50,000 euros for the time duration of today’s panel’, Vukovic specified.

According to him, corruption affects ‘all of us’ and leads to weaker institutions, sense of injustice, distrust, reduced quality of health services and education for all.

‘If we calculate this percentage to annual GDP, from 2006 to 2018, only on taxes we could charge nearly 2 billion euros. This also means that our debt could have been two-thirds lower than nowadays, bearing in mind that on 30 June 2019 it amounted 3.13 billion,’ he explained.

‘Corruption, in combination with other factors, is leading to a mass migration of intellectual elites and young people. If we continue in this manner, in 10-15 years we will have no one to exchange these opinions with. That is why the fight against corruption must be at the first place in the country’ Vukovic concluded. 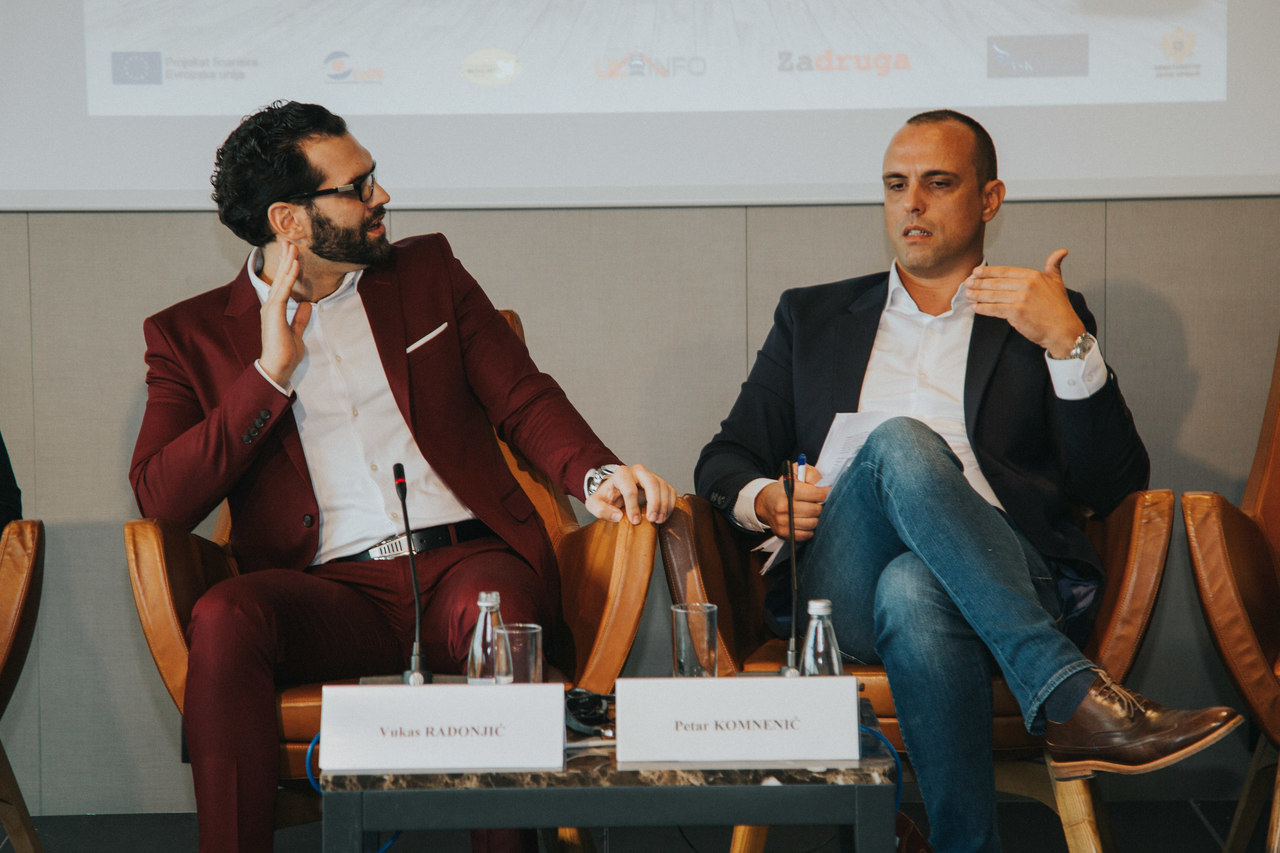 The State Prosecutor, representing the Supreme State Prosecution, Vukas Radonjic, indicated that the statistics do not reflect the dedicated work of state prosecutors in the fight against corrupt offenses.

‘I will not present the statistics here, it is in the Annual Report of the State Prosecution, and all this is available, including the number of complaints on the website of the Prosecution,’ Radonjic said.

He stated that public scepticism and criticism about the work of any state body, including the State Prosecution, are acceptable, and explained in detail the legal competencies of the Prosecution.

‘State Prosecution is striving for better results. However, you have to accept that criminal procedure protects, above all, the public interest. That is why criminal proceedings cannot be open to the public for the entire duration, especially when it comes to crimes of high corruption. When the authorities which conduct the proceedings consider that the public should be familiar with the case, they will give the public the adequate information,’ Radonjic explained when asked about individual cases.

He called on citizens, inspection, customs, tax and other authorities, those involved in the prevention of money laundering and financing of terrorism, to report corruption criminal acts.

‘Every charge will be considered. We need to raise awareness of the society that corruption is a serious social problem and that we cannot accept it as a daily occurrence’ Radonjic said.

‘Anyway, over 800 charges were brought before Supreme State Prosecution during 2018. On those charges are being actively worked,’ Radonjic said 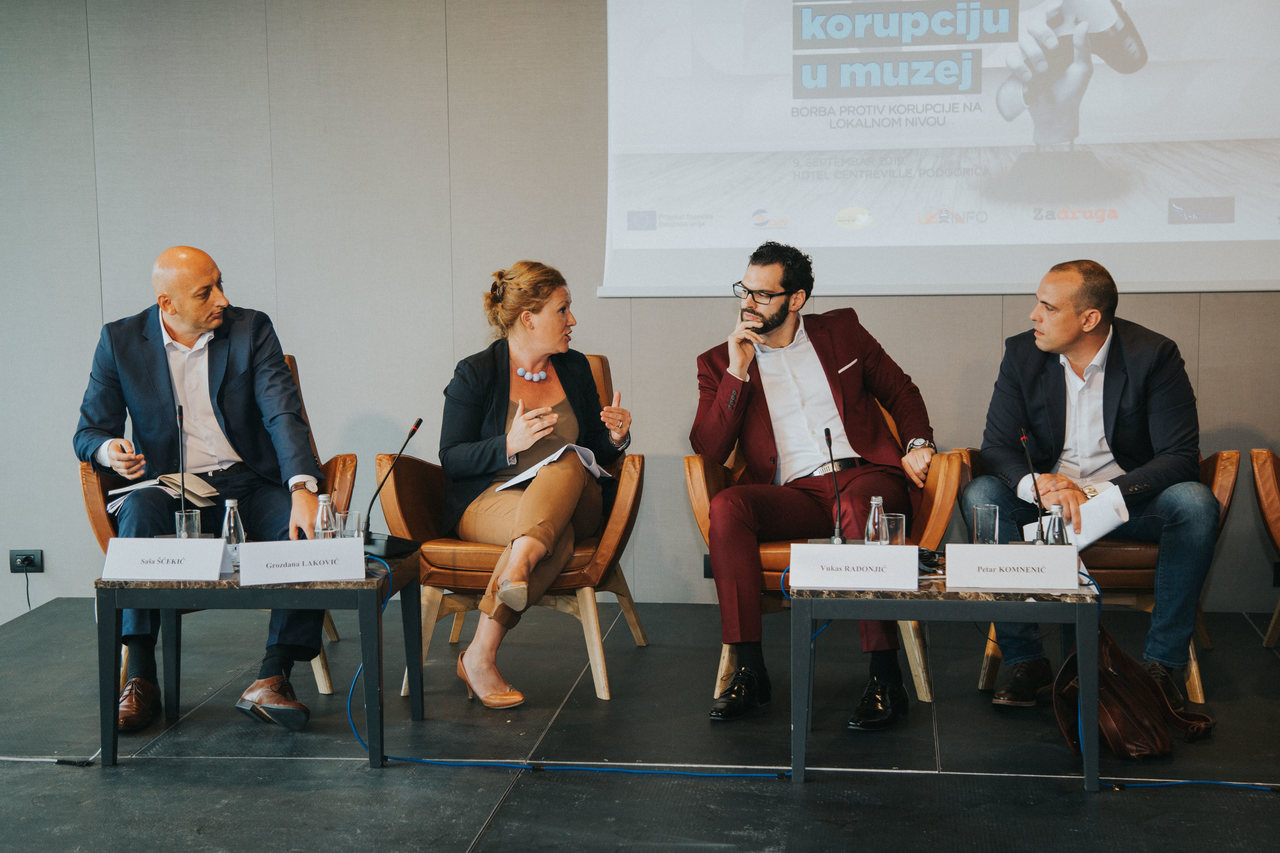 The Head of the Department for integrity, Lobbying and Analysis of Regulations in relation to risks of corruption at the Agency for Prevention of Corruption, Grozdana Lakovic, explained that Integrity Plans were intended as an instrument of preventive character, which is primarily an assessment of institutions and employees.

She assessed that the integrity plan depends on the general society, community at large ‘in which we are’.

‘I am not satisfied with the community we live in,’ Lakovic said.

She pointed out that the main recommendation in the EC report is merit-based employment, in order to implement the principle of professionalism and responsibility of the local self-government employee regardless of who is in power.

‘System training plan for the whole year is very important instrument to develop staff who will remain in the municipality, regardless of the political structure,’ Lakovic stated.

Director General of the Directorate for Local Self-Government and State-Owned Companies in the Ministry of Finance, Snezana Mugosa, said that it is crucial to accentuate transparency of local self-governments when it comes to planning and implementation of the budget.

‘When it comes to the budget planning process, transparency is very important. Municipalities are obliged to conduct public hearing. However, it is evident that the low level of citizen participation is primarily due to the poor understanding of the municipal budget and because it is not presented in an understandable way. The recommendation we give through of our activities is that everyone prepare a Citizens Budget Guide that will show in an understandable way how to collect, finance and spend budgetary funds, ‘ explained Mugosa. 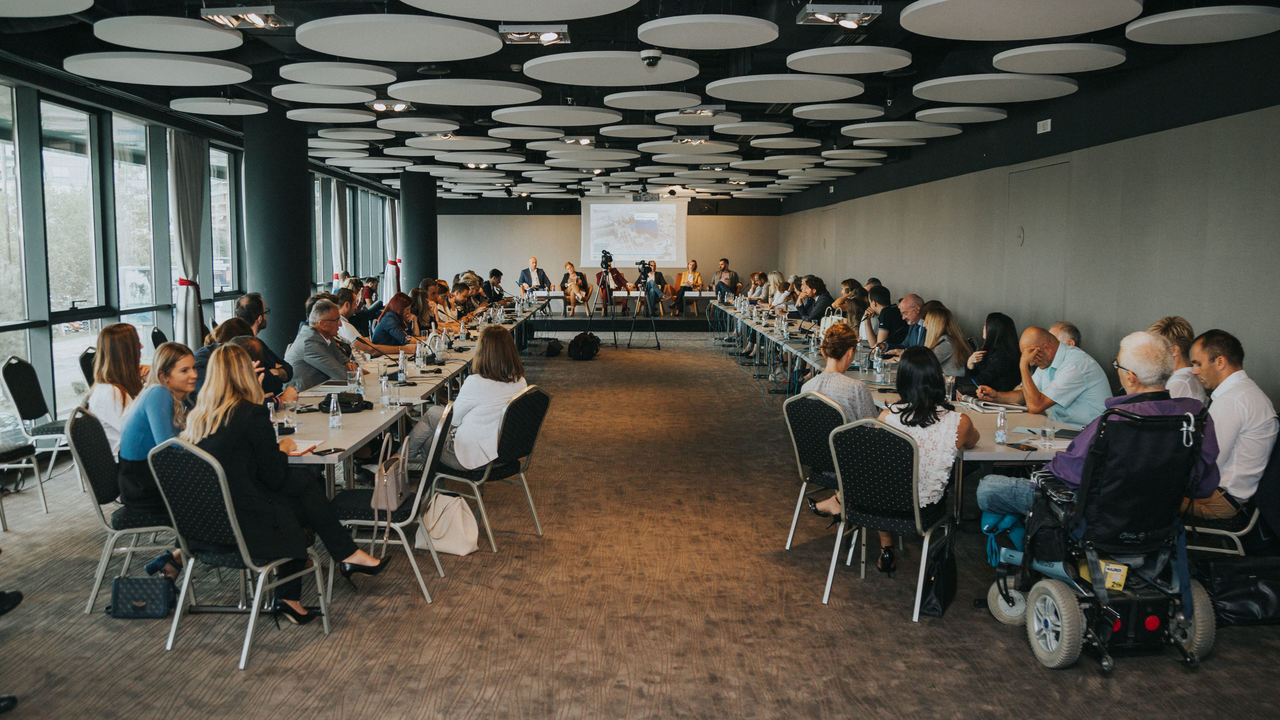 Concerning loans, as she stated, according to the latest data, the total loan debt of local governments is around 151 million euros, and when it comes to unpaid obligations, at the end of the second quarter of this year, they amounted to 69 million euros. ‘Nevertheless, it is important that these obligations are reducing’, she stressed.