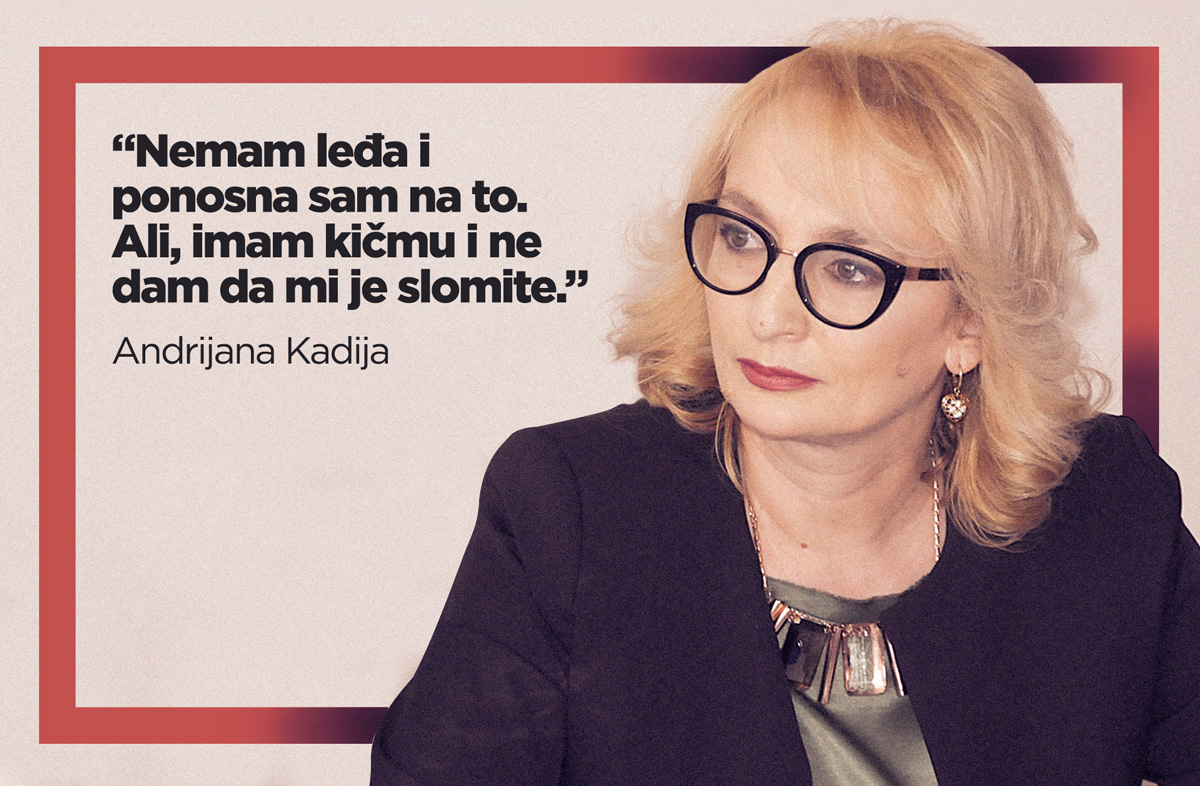 Nowadays, it is clear which motives moved party-controlled members of the RTCG Council, out of which some hold take the same position, to launch a campaign against Andrijana Kadija and the project implemented by the CCE and RTCG which has not been challenged by any court judgments in terms of its legality. On the contrary, some court judgments in these processes explicitly state that the project only brought benefits to the RTCG. The facts prove the best all frivolousness of the accusations against the CCE: planned project funds for the RTCG were 47 700 EUR, which is 0.23% of the total funds allocated by the Government for public service in the amount of 20 million EUR. It is clear to anyone who thinks with his/her head that this amount could by no means affect the editorial policy of the public broadcasting service, and furthermore, there was no such intention at all. It is worth recalling that no report or show resulting from this project has ever been disputed either in terms of respect for ethical principles or the law application. This is quite the opposite of many pieces and shows that were not part of this project, but which are obviously not an issue to those members of the Council, as well as to many other formal and informal party soldiers, who pretended to be concerned about the independence and professionalism of the RTCG when our project was implemented.

We have no illusions that those media and media perpetrators of dirty acts who, during those months of unprecedented smear campaigns, have made hundreds of negative pieces aiming endanger reputation of the CCE and Kadija, Micunovic and Mirkovic themselves, have a guilty conscience. If they had it, they would never have made or published such pieces. We also have no illusion that they will apologize to their targets, to whom have written indictments and judgments in advance.

Two illustrative data testify to the intensity and the fervour of that campaign – the Pobjeda daily, from mid-April to mid-June 2018, published 39 articles, including 19 cover pages attacking CCE in the context of a contract with RTCG. In May 2018 occurred brutal assault on journalist Oliver Lakic, who was shot in the leg in front of his apartment. Pobjeda dedicated only two covers to this event in May, while the CCE during the same period ‘earned’ seven covers with a negative connotation, of course. At the same time, TV Pink M had 20 negative pieces in their main news programme, ‘Central News’, and 18 negative announcements related to CCE in the short news form ‘Minute-two’. These short news forms were aired nine times a day, totalling 182 negative posts on TV, without included additional announcements on their portal.

Following the final judgments in favour of director of TVCG, Vladan Micunovic, and Editor in chief of RTCG1 Aleksandar Mirkovic, this decision after year and a half completes the evidence that this was all synchronized action by the DPS and its coalition partners, the Administrative Committee of the Parliament of Montenegro which ‘cleaned up’ inadequate members of the RTCG Council and staffed it with those in favour of the ruling majority, the pro-government media, but also on-call analysts and similar actors who jump in when the authorities need to ‘crush’ someone. We should not forget that the Agency for Electronic Media joined it at one point, in order to give its opinion about contract between the CCE and RTCG, although it does not have this competence. The same Agency for Electronic Media that consistently turns a blind eye to violations of all programme principles on the former TV PINK M – mercenary for the authorities in this campaign, as well as in many others against anti-government dissent.

Political action of the authorities in the RTCG has been, and remains, the subject of the European Commission reports, non-papers for Chapters 23 and 24, State Department reports, numerous reactions of the relevant international organizations following up with the media, EU institutions, EU Member States, autonomous NGOs in the Montenegro, etc.

The judicial epilogue to the political purge of the RTCG management confirms that the RTCG management operated professionally and lawfully, and that such an approach is not desirable on the public service that pay all citizens. That is why today the RTCG is far from a public service that should serve all citizens by providing verified and accurate information, with plurality of opinions. This is best confirmed by the most recent case of reporting on the attack on the journalist of daily ‘Dan’, Vladimir Otasevic.

The smear media campaign against the former management of the RTCG and the CCE, which was preparation for their dismissal, represent confirmation of the lack of professionalism of these media, to which facts and objective journalism do not matter. That is why we continue to insist on improving professional standards in Montenegro, with new projects and new energy.