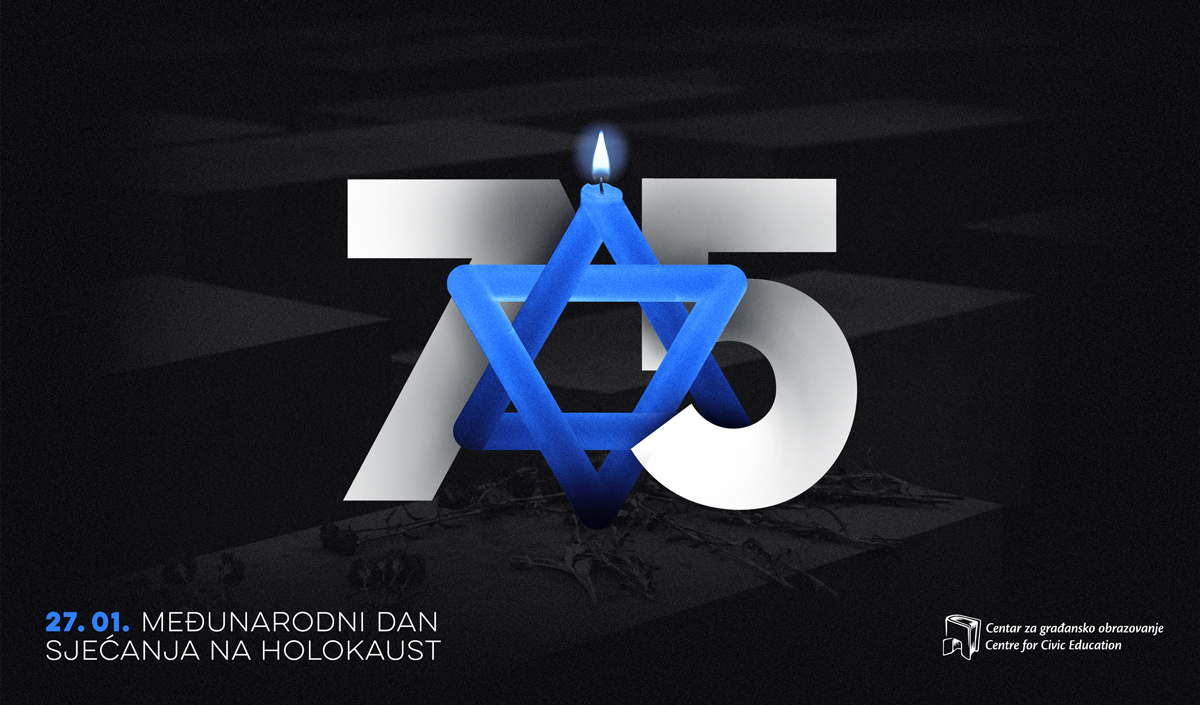 Despite noticeable statements of the state representatives about dedication to honouring the memory of the Holocaust and fight against antisemitism, there is still significant space for intervention within the area of education and establishment of culture of remembrance so that these civilizational ideas would take root into Montenegrin society.

We expect that continued international support for International Day of Commemoration in memory of the victims of the Holocaust will lead to greater proactive approach from state institutions in studying and commemorating Holocaust in Montenegro. Bearing in mind that this historical period carries with it other wounds that have not yet healed in our society, we assess that actions of Montenegrin society in providing shelter to those who escaped the fascist and Nazi persecution during the Holocaust should be more strongly promoted in the collective consciousness of Montenegro.

We call for authorised entities to, via educational and cultural programmes, accentuate the importance of preserving the memory on survivors, victims, their families and all of those who contributed to the fight against fascism, antisemitism, and evil which shattered Europe during World War II.

CCE expresses hope that work on a regional initiative on reestablishment of ‘Yugoslav Memorial Pavilion’ in memorial centre Auschwitz-Birkenau will be continued. Around 20.000 Yugoslavs died in this death camp and amongst them several dozens of citizens of Montenegro. The state of Montenegro has an obligation to consolidate data of all our victims who have died in Holocaust and death camps throughout Europe. Furthermore, we expect stronger promotion of the role of Montenegrin society and individuals in preventing the implementation of the Holocaust in Montenegro during World War II. We especially emphasize the need for educational authorities and institutions to invest more effort so that this topic has an adequate presence in our educational system, and to motivate students and teaching staff to address the topic through lectures, workshops, discussions and study visits.

Marking of the International Day of Commemoration in memory of the victims of the Holocaust is not just a testimonial to millions of victims but is also an opportunity to emphasize the obligation of everyone in a society for strengthening those ideas which are directed against the hate that led to this crime. This is why we commemorate this day, to defend the memory of the crime from the passage of time, oblivion and accompanying processes of relativisation and negation, but also to remind that without the punishment of the crime as well as the process of facing the past, there can be no progress.

UN General Assembly adopted a resolution in 2005 about marking of the International Day of Commemoration in memory of the victims of the Holocaust (27 January). On that day, 75 years ago, the largest concentration camp of Nazi Germany, Auschwitz-Birkenau, was liberated by the Soviet Red Army. During its five years of existence, around 1 100 000 persons, mostly Jews, were executed. Holocaust represents systematic destruction of European Jews during World War II and 6 000 000 Jews perished during this period.  The resolution urges all member states of the UN to respect remembrance of the victims of the Holocaust and encourages the development of educational programmes about the history of the Holocaust, in order to demonstrate determination to help prevent a future act of genocide from occurring.