In May this year marks 27 years since ‘Deportation of Refugees’, when the unpunished war crime against refugees from Bosnia and Herzegovina was committed in Montenegro. 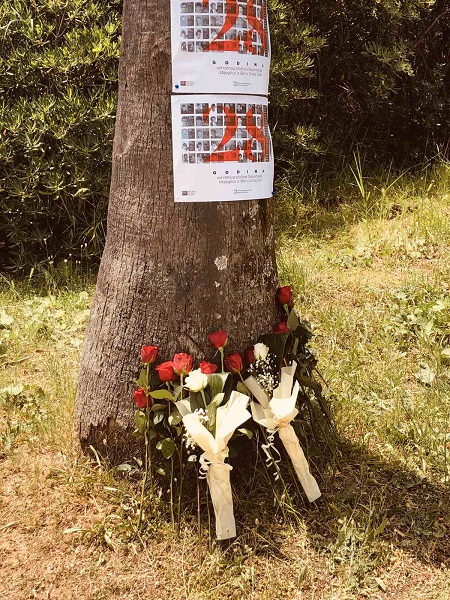 Today, on 25 May 2019, at noon, in front of Police Station in Herceg Novi, wherefrom the majority of victims were illegally deported to their deaths, in an organized manner, on 25 and 27 May 1992, representatives of the non-governmental organizations Human Rights Actions (HRA), Centre for Civic Education (CCE), Centre for Women’s and Peace Education ANIMA, Council for Civilian Control of Police Operations, representative of the political party Democratic Montenegro (Democrats) – Tatjana Crepulja, representative of the Social Democratic Party of Montenegro (SDP) – Dragan Simrak, representative of the Civic Movement United Reform Action (URA) – Milovan Badzar, representatives of the Alternative Montenegro party – Katarina Vukovic and Vesko Pejak, and citizens Blazo Krivokapic and Nebojsa Mandic, laid flowers and paid tribute to the victims. Alen Bajrovic and his son, who are the son and grandson of Osman Bajrovic, a man who disappeared after the deportation from Herceg-Novi, and whose grave is unknown, also attended the gathering. This year, the head of the Police Station in Herceg Novi, Goran Banicevic, attended the gathering for the first time.

Respecting the ban on public gatherings (i.e. gatherings of more than 20 people), which is still in place, this year we did not send a public invitation for this memorial gathering. Attendees respected physical distance. 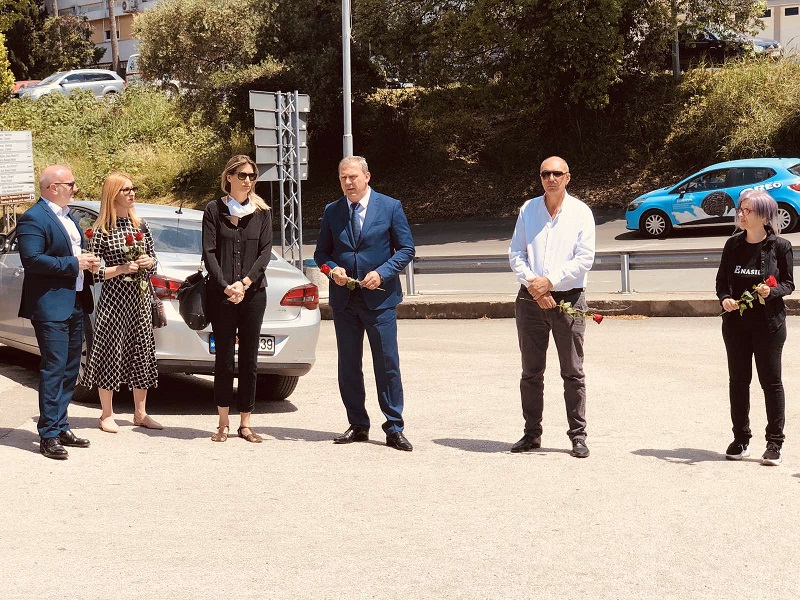 This is 16th memorial gathering via which the unofficial Montenegro pays tribute to victims of this war crime, and it is 11th honouring victims’ memories in front of the police centre in Herceg Novi, where at the memorial for victims is persistently requested to be built. In this manner, we support the proposal of the families of the victims. We believe that a monument at that place would contribute to the prevention of similar crimes by warning civil servants to refuse to execute orders resulting in a war crime or other human rights violation.

As in previous years, we have demonstrated that we do not allow the victims of this crime to be forgotten, that we demand the establishment of individual criminal responsibility and a decent memorial for the victims.

We remind that Montenegrin police unlawfully arrested at least 66 civilians aged from 18 to 66 in May 1992, who had taken refuge in Montenegro from war that blazed in Bosnia and Herzegovina, and that it handed them over as hostages to the army of Bosnian Serbs under leadership of Radovan Karadzic and Ratko Mladic to serve for exchange of war prisoners. Written documents confirm this fact.

In May 1992, two large groups of refugees who had previously been illegally arrested on the Montenegrin coast were deported in an organized manner from the police station. All those deported on 27 May 1992 were killed soon after, while the second group was sent to concentration camp in Foča (KPD) on 25 May 1992, and only few of them survived severe torture. The bodies of all victims of deportation from Herceg-Novi on 27 May 1992, have not yet been found, nor the places where they were killed are known with certainty. 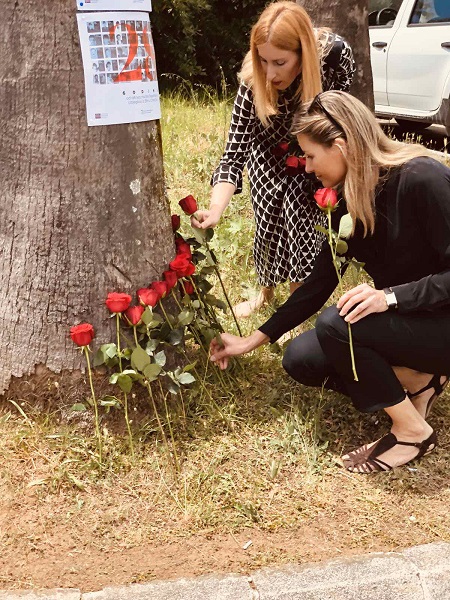 Victims of this crime are indisputable. After four years of trial, Montenegro paid compensation to almost all their families based on the court settlement on the count of illegal acting of Montenegrin police which led to tragic consequences. Final criminal verdict in Montenegro, as well as the verdict of Hague Tribunal in the case of Krnojelac (commander of camp in Foča), determined that they were unlawfully arrested and extradited as hostages or war prisoners to the hostile army of Bosnian Serbs.

However, it is disputable that courts in Montenegro did not find strength in all of that to recognise the war crime and to adequately punish it. By conviction of the Higher Court in Podgorica (final from 17 May 2013 when the Appellate Court of Montenegro confirmed it) nine of accused former officials of police, Ministry of Interior and Intelligence service were acquitted for war crime against civilian population since they allegedly did not have a status of ‘member of conflict party in B&H’, and not even of those ‘who were in the service of conflict party in Bosnia and Herzegovina’, which according to wrong interpretation of Montenegrin courts was necessary to deem they committed a war crime. Afterwards, the expert of the European Union, Italian prosecutor and international judge Maurizio Salustro, pointed out that such interpretation is wrong, unknown in international humanitarian law and practice. Since 2014, the European Commission in its reports on Montenegro has reiterated that the verdicts in war crimes cases contained legal mistakes and shortcomings in the application of international humanitarian law. Group of mothers, daughters and sisters of victims has submitted an application to the European Court of Human Rights because Montenegro did not provide criminal justice in this case nor respected human right to life and prohibition of torture.

According to a public opinion survey conducted by the CCE in February this year, deportation of refugees is the most recognizable war crime committed by Montenegrins. The dominant attitude is that the Montenegrin judiciary lacks the capacity to prosecute war crimes. Most respondents are convinced of the guilt of the Montenegrin police in the case of deportation (52%).

HRA, CCE and ANIMA and President of the Council for Civilian Control of Police Operations, Aleksandar Sasa Zekovic, at a gathering in Herceg-Novi repeated three initiatives: 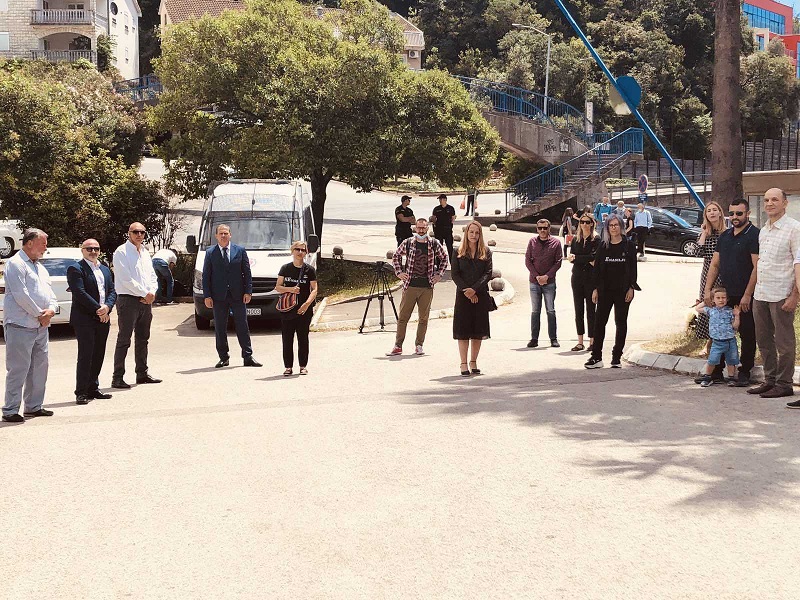 We urged again the Special State Prosecutor’s Office, headed by Milivoje Katnic, to ensure the prosecution of crimes in accordance with international humanitarian law and documented facts, as envisaged by the National Strategy for War Crimes Processing from 2015.