A fair review of the past, fact-finding, individualization of responsibilities and justice delivery regarding the wars of the 90s represent prerequisites for good regional relations and shaping civil and multi-ethnic Montenegro, as concluded at the conference “Transitional Justice and Remembrance Culture of the 90s – between responsibility and undesirable heritage”, organized by the Centre for Civic Education (CCE) with the support of the Ministry of Human and Minority Rights of Montenegro. 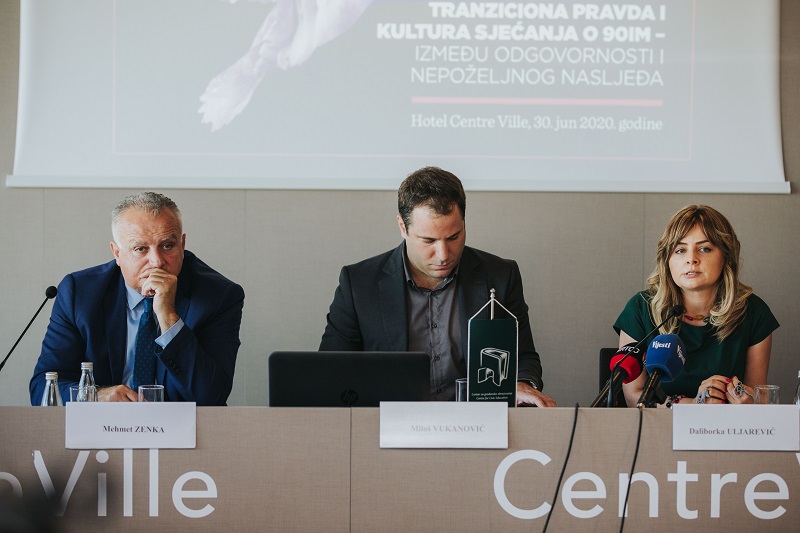 Mehmed Zenka, Minister for Human and Minority Rights in the Government of Montenegro, pointed out the importance of transitional justice and projects addressing this topic from different aspects. “We are witnesses of the events that took place in the recent past and that have left a strong mark. I think that such projects should be supported because we have to remember the past, pull it out of oblivion and give it the right value, i.e. look at it from the right side” said Zenka. He believes that it is important to find out why some issues from history are repeated taking into account that these often lead to conflicts between people, who are otherwise directed at each other. “People cannot be divided by climate. We must point out the mistakes of politics and create an environment for all people. The Government of Montenegro invests into programmes for the promotion of human and minority rights because they contribute to the value of preserving good relations”, Zenka concluded.

The CCE Director, Daliborka Uljarević, believes that compared to the neighbouring countries, Montenegro has a relatively small war legacy of the 1990s, but that it has not adequately dealt with this legacy, as well as that the formal education system remains insufficient when it comes to these issues. “One of the key strategic goals of the state of Montenegro is EU membership. However, this integration must be based on democratic principles and the functional rule of law, which includes the application of transitional justice mechanisms. This includes the factual record of these events, valid documentation of time that remains hidden for now and therefore subject to manipulation. The generations to come must know the facts about everything that happened in the recent past of our country and region, they must be given opportunities and different ways to hear and learn about that past, so that mistakes would not be repeated and that we can invest in sustainable regional cooperation. I emphasize this as, according to our research, the largest number of citizens formed their opinion about the wars of the 1990s based on the experiences of close people or through the media and a very small number of those who stated that they formed their opinion about the war through formal education, which is for many a taboo topic and a lot of space is left for manipulations“ she said. “It is this negation and ignorance, especially in the sphere of responsibility for war crimes committed by us, that represents an additional burden that hinders us, not only in integration but in the progress and evolution of the entire Montenegrin society and above all – in much-needed civic consolidation” Uljarević stated.

Ranko Krivokapić, the honorary president of the Social Democratic Party (SDP), assessed that Montenegro is still not able to make a real turn in the ideological sense and that is why the messages of the virus of justice and freedom should be constantly spread. “Nowadays, there are two of us in the Montenegrin Parliament, who were on the right side in the 1990s. There were so few of us and there are so few of us left in the anti-war ideology, in civic, European and with Western values integrated Montenegro ​​that we built with that one fifth who was a minority. You are also a minority today and it is up to you to fight for a remembrance culture. It is the minority that most often changes society in quality manner” said Krivokapić.

“I trust their non-character more than their character. Only non-characters can be nationalists, chauvinists and war criminals and always find an agreement on maintaining power. As I see it, even today there is a coalition that has made several devastations with joint forces in the past three decades, from Dubrovnik to the current devastations” he stated reflecting on political structures in region and Montenegro. “While the government is running away from the past and the opposition wants to return to it, it is surprising that we have come here where we are” Krivokapić review on current affairs in Montenegro. 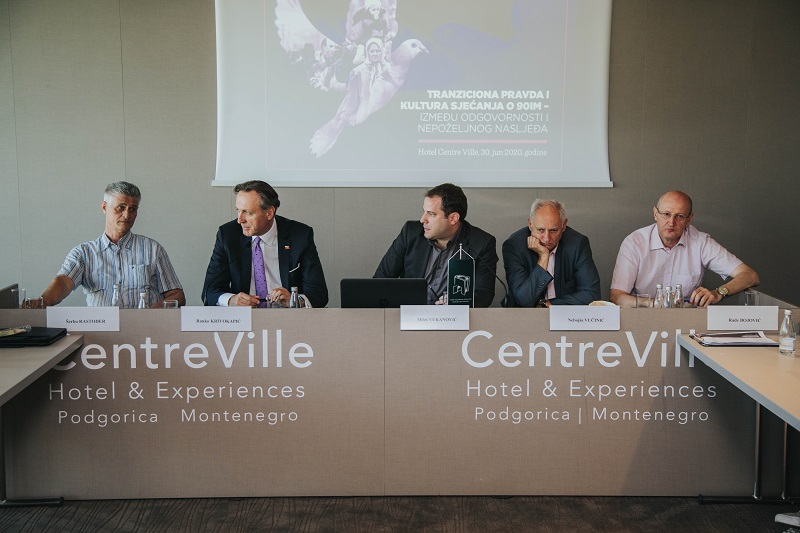 Dr. Šerbo Rastoder, the academician of CANU and professor at the Faculty of Philosophy, sees the problem of transitional justice through two aspects – what happened and what Montenegrin society is ready to accept. “These are spaces where something must be understood, not just seen. You also have incredible situations when a man in The Hague confesses a crime and his follower says it didn’t happen. The essence is also in the minds of people to present what happened in a way that would not repeat. And so we come to a new challenge – and that is to talk about evil in a way that evil is not promoted”, he elaborated. Rastoder also spoke about the thesis that World War II ended in 1989, i.e. that different parts of denazification lasted for so long in different countries. “Montenegro managed to write history 30 years after some events. We described these events being aware that we were at risk of everyone questioning those facts, because we ourselves were part of those times. But, we also want to open a discussion about that extensive material … Whoever entered into the archives of the ICTY knows how much is stored there and that it will take ten generations after us to thoroughly investigate it”, he explained referring to the three-volume history of Montenegro from 1988 to 2017, which he co-authored.

He assessed that there are some phenomena of fascism within the Montenegrin society in the 90s of the XX century, which he illustrated with the attitude towards dissidents and media. “Montenegrin society has long nurtured collectivism and authoritarianism as values. In that tradition, which excludes the individual, “the people happened” as a form of authoritarian populism that was an illusion of the return of the individual as a subject of society. That is why the dissident is often taken as an “enemy” and to strengthen this qualification, the attribute “traitor” is added. As in the initial phase, in public discourse, the most visible were “journalists” and representatives or supporters of the “old leadership”, the “clash” with them was put to the level of patriotism and loyalty. Unfortunately, none has ever tried to investigate the balances of the ‘purges’ that followed on this basis”, he reminded. He especially elaborated on the position of the Montenegrin authorities during the 1990s, the role of Montenegrin advocates for independence, then war propaganda as well as the bright examples of Admiral Vladimir Barović and Captain Krsto Đurović in those times.

Dr. Nebojša Vučinić, professor at the Faculty of Law of the University of Montenegro and former judge of the European Court of Human Rights in Strasbourg, assessed that history is needed to know who we were and what we did. „I would add to the title of today’s conference ‘transitional justice/transitional injustice’,  as transitional injustice still prevails… We won an independent state and joined the NATO alliance, but there was no civilizational-emancipatory shift in the development of society and only with this shift it is possible to deal with what happened appropriately. Crimes must be punished so that they are not forgotten and that they are never repeated. That is the message of the denazification process and the reason why these crimes do not become obsolete” he said. Vučinić pointed out that “our ‘elite’ did not have the strength to take that step forward in the development of the state and society that would enable justice to triumph over injustice. The significance of this issue is determined by the nature and character of the crimes of the 1990s – crimes against humanity and genocide. The nature and depth of crimes that do not become obsolete are such that they cannot leave anyone indifferent.”

As factors that slow down transitional justice, Vučinić emphasizes the attitude towards the ICTY, which was negative from the beginning, in addition to what can be put in the category of the behavior of ‘elite’. He added that the lack of political will to convict crimes is also crucial, as well as the ignorance and inability of the judiciary to adequately apply international legal standards, such as in case of “Deportation”. “There have been some trials, but there is little real transitional justice”, Vučinić said. He concluded that “movements in the vicious Balkan circle of evil (crime – revenge – new crime) are seen in everyday events. Full transitional justice will not be achieved until these processes are completed, until the civilizational emancipatory step forward of Montenegrin society and state, and the responsibility for that is on elite. That’s why history is taught so that it doesn’t happen again.” 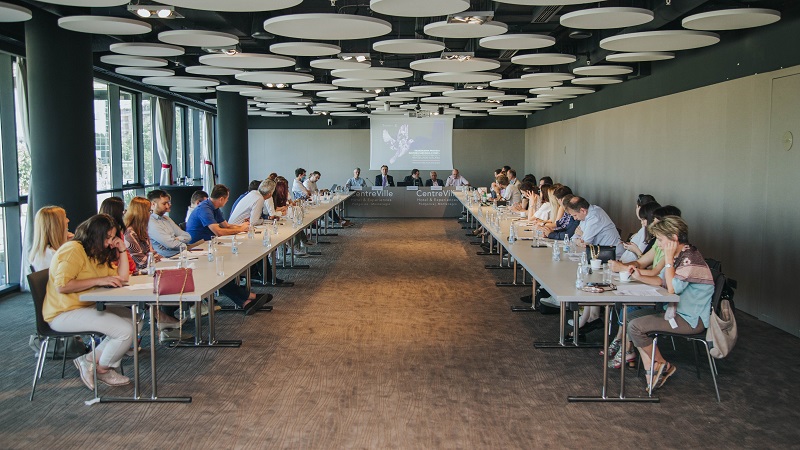 Rade Bojović, an analyst, has a firm position that modern Montenegro must be based on the anti-war legacy of the 1990s. “The anti-war minority in Montenegro was pro-Yugoslav forces, supporters of Ante Marković in Montenegro. When we saw that there was nothing from Yugoslavia, that they killed it, tore it apart, then the anti-war policy, which was democratic, became the one advocating for independence. And, of course, it persisted in its pro-Western political orientation” he said.

“The main obstacle to the affirmation of these events and the founding of Montenegro on these ideas and messages are the political actors and the fact that we still have a dominant political class that has a problem with that memory. The ruling party of the political class would like the history to begin in 1997, to forget the years whose price we still pay today. Someone who was born that year does not know that everything was destroyed by then and that organized crime was rooted back then. Under the auspices of these destructive barbaric ideas, everything negative and destructive was created both in Montenegro and in the region and today we have supporters of these ideas in various structures. Until there is a dismissal of those political actors who are attached to retrograde ideas, and then some kind of collective catharsis of those political organizations and religious groups and those media that have survived in these regressive forms, I do not believe that we could talk about some catharsis in Montenegrin society or substantial changes” stated Bojović.

“What I hope is that EU membership will not go so easily with this revisionist relation. The only salvation for Montenegro and the light at the end of the tunnel is the intensification of Euro-Atlantic integration and internal change to enter the EU as soon as possible” he said.

At the end of the conference, a collection of selected papers of the second generation of participants of the Traveling School of Transitional Justice was presented and participants in this three-months programme were awarded diplomas for successful attendance. 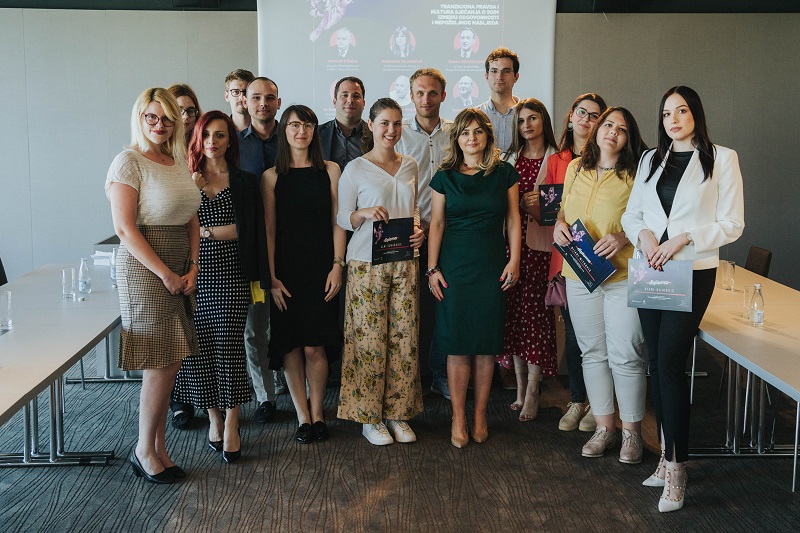 The conference, which brought together 60 participants from education, culture, NGO sector, political parties, academic community and which was followed by a substantive discussion was moderated by Miloš Vukanović, advisor in the CCE. The conference was organized within the project Through Transitional Justice to Multiculturalism implemented by the CCE with the support of the Ministry of Human and Minority Rights.