Subject: REACTION TO THE TEXT “PROJECTS ARE DEFENDED BY FALSE STATEMENTS”

On 8 December 2020, in Dan, a journalist with the initials M. S. published an article entitled “Projects are defended by false statements”.

The text published the statement of the director of the Association of War Veterans of the 1990s from Montenegro, Radan Nikolić, who claims that in a press release, published on 6 December 2020, we published false information that members of the Yugoslav People’s Army (JNA), during the heaviest shelling of the old city of Dubrovnik on 6 December 1991, “killed 19 and wounded 60 people”. 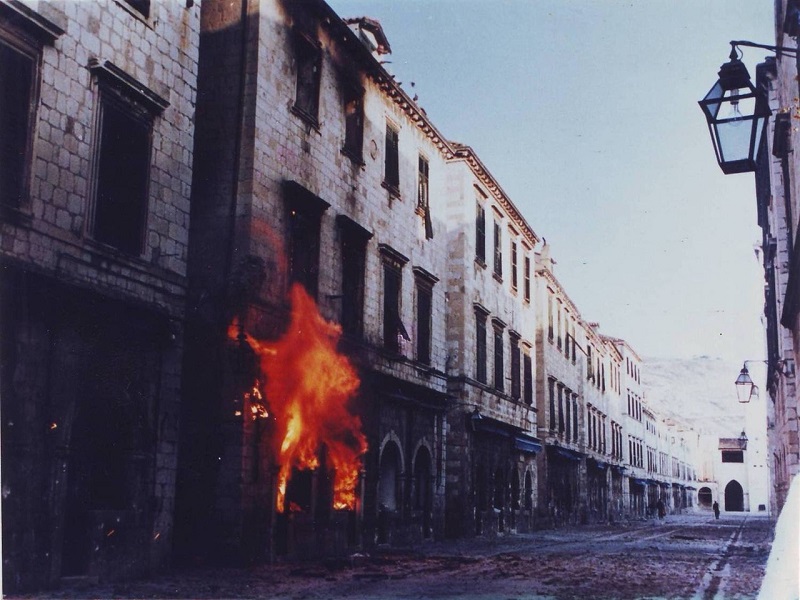 Nikolić stated that this is a “grave untruth, which once again arbitrarily and collectively attacks the honour and reputation of members of the former JNA from Montenegro and the truth about that event.” Nikolić pointed out that in the indictment of the Hague Tribunal against Vladimir Kovačević for shelling Dubrovnik on 6 December 1991 it was stated that only two civilians were killed and three wounded.

We expect you to publish our reaction to the allegations made in the text in accordance with the Media Law. Our reaction is enclosed.

Human Rights Action (HRA), the Centre for Civic Education (CCE) and Documenta believe that Nikolić’s text and statement unfortunately once again relativize the war crimes committed during the eight months of the siege of Dubrovnik and the military conquest of the Dubrovnik area in 1991. These crimes were only partially established by the verdicts of the Hague Tribunal against JNA Admiral Miodrag Jokić and JNA General Pavle Strugar. It is worth reminding for the sake of the public, although it is well known to Nikolić, that according to the indictment against Vladimir Kovačević “Rambo”, which Nikolić emphasized in his statement, Kovačević was not even tried as he was declared unfit to stand trial.

The indictments charged Jokić and Strugar only with attacking the medieval Old Town and its consequences within the walls of the Old Town, for which they were convicted. The Jokić and Strugar verdicts emphasized that “evidence indicates that the JNA did not shell only the Old Town that day and that there were human casualties and property damage in the wider area of ​​Dubrovnik and its more modern parts adjacent to the Old Town, but outside historical walls” (Trial Chamber Judgment, Prosecutor v. Pavle Strugar, 2005, Introduction, para. 3).

Regarding that, the Hague Tribunal found that the number of victims of the JNA attack on Dubrovnik on 6 December 1991 was indeed higher than the number covered by the indictment, although not all victims died within the walls of the Old Town.

It is indecent, but also manipulative, to draw the untrue conclusion, from the fact that the prosecution in The Hague focused on the consequences of the attack within the walls of the Old Town, that no more people were killed in the JNA attack on Dubrovnik that day and that those who point out such information are lying. Such attitudes are very dangerous because they provoke enmity between nations without a justified reason.

The list of 19 people killed in the JNA attack on Dubrovnik on 6 December 1991 was published for the first time a few days after the attack in the war edition of the Dubrovački vjesnik (a facsimile of that page is attached), and then repeated several times in the Croatian media, and the number of 19 killed and 60 wounded that day was most frequently repeated.

Here we also refer to the text of the Dubrovnik daily from 6 December 2016. year in which the list of names of 20 victims of the attack is stated. That list is missing one name from the original list from 1991 (Nenad Čović), while two new names are included (Vlaho Škilj and Nikola Zlovečera).

Work is underway on a thorough inventory of human losses during the war in Croatia, in which Documenta also participates, and these precise findings will soon be published and will include data on the suffering in Dubrovnik during the entire siege, which lasted from October until the end of May 1991, as well as the number of victims in the attack on 6 December 1991, when the greatest destruction of the city occurred.

According to available data, a total of between 82 and 88 civilians, 194 Croatian soldiers and 166 members of the JNA were killed during the siege of Dubrovnik, all or almost all of whom were from Montenegro.

The truth about that event is obvious. Members of the former JNA from Montenegro had none to defend across the Croatian border, shelling Dubrovnik and keeping it under siege, destroying and looting the entire Dubrovnik area. It was not a heroic deed, but aggression, due to which many lives were lost, and many historically important buildings were destroyed. The shame of all this is still on the people of Montenegro since the Montenegrin Prosecutor’s office has not initiated any procedure to determine individual responsibility. The only exception is the prosecution of crimes against prisoners in the “Morinj” camp, which was initiated by the Croatian prosecution.

Instead of disputing the number of victims, Radan Nikolić and members of his Association would best protect their military honour if they expressed their condolences to the families of all victims of the attack on Dubrovnik, and finally provided data and evidence on individuals who ordered and committed specific crimes on the Dubrovnik battlefield. Hence, they would make a distinction between the criminals and those who took part in that war as victims of delusion and the then pernicious war propaganda.