Centre for Civic Education (CCE) has been pointing to the controversial practice of awarding the so-called honorary citizenships for years, but instead of addressing this issue systematically, in 2020, a record was broken with as many as 115 honorary citizenships awarded, of which over one-third are from the end of the parliamentary elections until the new Government assumed the function. 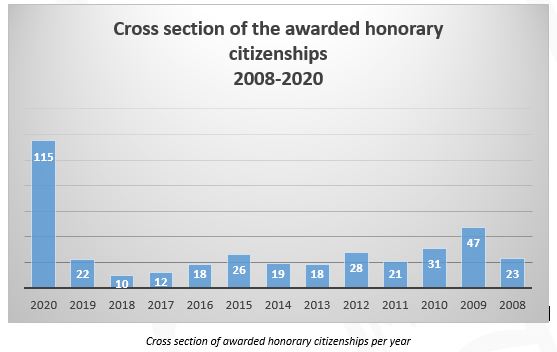 It should be noted that this is an extremely non-transparent process, decisions on awarding of honorary citizenships are crude and formalistic, that is, there is no explanation for most of these persons about their real contribution due to which they would be treated as persons of special significance for the state, scientific, economic, cultural, commercial, sport and other interest of Montenegro, as defined in Article 12 of the Law on Montenegrin Citizenship.