On the occasion of 8 April – International Roma Day, the Centre for Civic Education (CCE) takes the opportunity to point out to the extremely difficult position of the Roma community in Montenegro, especially during coronavirus pandemic, which further aggravates the existential frame of the Roma population. On the other hand, widespread discrimination and marginalization make this social group particularly vulnerable. 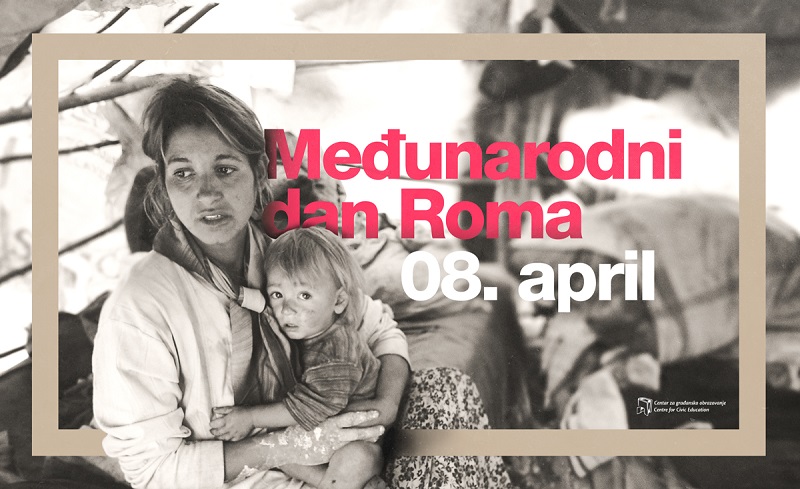 The CCE reminds that since the coronavirus outbreak, gross violations of human rights and freedoms have been recorded. Also, crisis management caused by the pandemic, both by the former and the current government, did not consider specifics of certain social groups, which further jeopardized already marginalized groups, including the Roma population.

Although there are numerous strategies, action plans, affirmative action measures, a legal framework for protection against discrimination and efforts of educational authorities to make education more accessible for Roma, this minority group is still not integrated into Montenegrin society. The reason for that is also inadequate or uneven implementation of many existing legal norms, short-term assistance programmes without developed sustainability, but also insufficient consultations with the target group and ignorance of many of their needs.

As a reminder, the CCE research on the perception of discrimination indicated that this group remains at the top of the scale of those who are most exposed to discrimination in our society. To date, the new government and the Ministry of Justice, Human and Minority Rights have not publicly raised the issue of resolving this problem in direction of encouragement of social inclusion of this minority group and improvement of their living conditions. Four months have passed since the establishment of the Directorate for Promotion and Prevention of Human Rights and Freedoms as well as the Department for Promotion and Protection of the Rights of Roma and Egyptians within it, and to date there has been no concrete activity related to resolving the situation of Roma and Egyptians. At the same time, apart from the problems faced by all citizens, this population has specific ones, such as juvenile marriages among the Roma population which is followed by the silence of the institutions that should prevent this kind of mass violation of a children’s right, primarily young girls. Also, there is huge unemployment among the Roma population, minimal improvements in the field of education, widespread begging, problems in obtaining documents, as well as very poor living conditions.

The CCE points out that ethnic and social distance, both among the general and the youth population is expressed the most right towards the Roma. One of the causes for that is often a negative manner of media reporting about the Roma. There are rare occasions in which we can see or read contents dedicated to the promotion of the Roma culture, advocating for effective social inclusion policies and their efficient implementation, or some positive stories about the Roma. Numerous prejudices towards the Roma and the Egyptians strongly marginalize them and contribute to their social exclusion, thus depriving the whole society of valuable potentials they have and which can contribute to the overall quality of social development.

Therefore, the CCE appeals to the institutions, especially to the Ministry of Justice, Human and Minority Rights, as well as to the decision-makers and other relevant actors, to encourage the fight against poverty and social exclusion of this population through their inclusion and cooperation.