“The abuse of our diversities and their usage for raising tensions and provoking skirmishes, conflicts, quarrels between citizens are not European values. These are not Montenegrin values either. These are not values at all. It is cheap profiteering that causes loss to all citizens, no matter whose side they are on, how they are determined religiously, nationally, or politically. From such approaches and policies, Montenegro is generally at a loss.”, assessed Aleksa BEČIĆ, the president of the Parliament of Montenegro at the opening of the panel “Different paths – shared values”, which the CCE organized today in the Parliament of Montenegro. 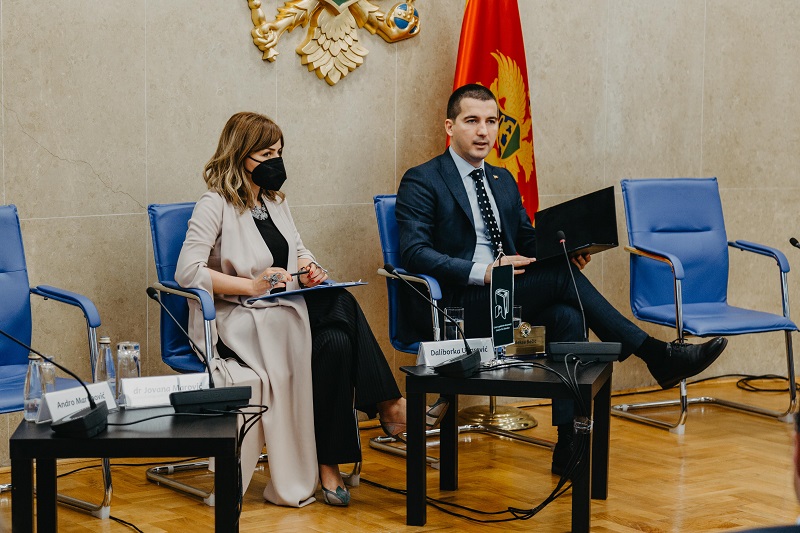 In the context of current challenges facing Montenegro, he pointed out the importance of adopting European values, in addition to reaching European quality of life. “Unfortunately, these days it is clear that European values and behaving in European manner represent very far concepts for some actors of the socio-political scene, although all of them often talk about Montenegro’s accession to the European Union. That is why I call on everybody to pacify the tone by which they make divisions and immediately stop extremizing the situation in Montenegro.”

Bečić emphasized that differences must be perceived as an advantage, not a disadvantage. “Diversities are an indicator of our wideness, not of our limitations at all. That is also the European position. On that vision, among the others, the European Union was created. Now that we have finally, for the first time in history, changed the authorities on elections, we must not let tendencies which in their deeds use the opposite narrative to prevail.”

Bečić especially thanked the CCE on continuous contribution for democratization and europeanization of Montenegrin society.

Daliborka ULJAREVIĆ, executive director of the CCE, noted that nowadays “open and argument based discussion about values and strategic approach in shaping modern, European Montenegro is necessary, and in this context, the initiative of the president of the Parliament, Aleksa Bečić, to start the parliamentary dialogue is valuable because representative bodies can effectively express and institutionalize the democratic capacities of society.”

Reflecting upon the development of the European Union, from Schuman declaration, through internal turbulences and transformations, until today’s EU as the unique alliance of countries based on values and standards which support the progress of those countries in every respect, Uljarević emphasized that „the very dialogue and respect of diversities have helped the European Union to get out of all crisis stronger.  Therefore, we must foster healthy social values and work on strengthening and linking progressive capacities “.

She critically reflected on the negotiation process, assessing that it is stagnant, both because of the former government and the current one. She also stated that the boycott of the Parliament is not the right approach to solving accumulated problems, emphasizing a highly polarized society and a low tolerance rate for diversity, with a damaged valuable system.

Nikoleta ĐUKANOVIĆ, from the University of Donja Gorica (UDG), considers that Montenegro is in „phase of stabilization of parliamentary democracy“, reminding that Bertelsmann Transformation Index categorizes it as defective democratization because the value of indicators of the overall score for consolidation and political transformation of Montenegro for 2020 was very low. “It is crucial that the current Government in Montenegro accelerates the process of meeting the criteria and achieves track record instead of declarative rhetoric. Clear political will and determination on reforms, better law enforcement, the establishment of strong institutions, depoliticization of public administration, market liberalization and many other aspects in which Montenegro currently has very limited track record are very important,” warns Đukanović. 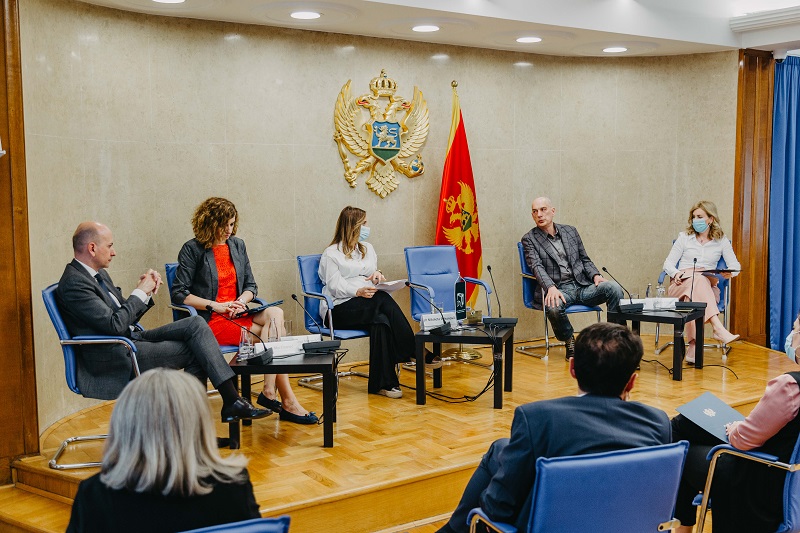 Andro MARTINOVIĆ, Director and CEO of the Montenegrin Cinematheque, expressed satisfaction with the launch of such a dialogue. He figuratively and through comparative examples enlightened some of the contemporary Montenegrin problems and the absence of the right approaches in their solving. “It turned out that it is easier to change the government than bad habits”, stated Martinović. „The essence of democracy is to protect the rights of minorities – not to vote with a simple majority against others. After all, that approach creates the assumption that the new majority, when formed, will annul these decisions. This can only continue the cycle in which time is wasted and the right decisions for the future are lacking. That is why we are wandering and in that respect, the situation has not changed much, while the divisions are even more pronounced. Those who make decisions should also think seriously about this, but also why is it like that, “concluded Martinović.

Jovana MAROVIĆ, executive director of the NGO Politikon Network, considers that “citizens do not understand enough the process of integration and adoption of values, nor the very terms, such as the rule of law, and they are not active enough in controlling the work of administration. She cited Politikon’s finding that 88% of them had never submitted a request for free access to information. “A change of government does not automatically and essentially mean the transformation of the state and society, but mistakes of predecessors must not be repeated. Building institutions that will guarantee the exercise of the rights to all persons without any discrimination represents a challenge in Montenegro, particularly considering the situation in the judiciary and the still strong political impact of the former ruling party on this branch of government,”, assessed Marović, with the indication that in a country the size of Montenegro is not easy to break clientelism and nepotism. “Although they have been in power for only six months, the representatives of the new government have already demonstrated that they do not resist these deficiencies and that equal rights for all will remain for a long time just a phrase in the statements of politicians” noted Marović.

Balša BRKOVIĆ, writer and editor of the magazine Art of the DN Vijesti, pointed out that he was pleased that the Parliament in that composition discusses the issue that is very important but often underestimated. “We must not take for granted any existence of a European value system in Montenegro. Searching is precisely an attempt to constitute such a value system from which we are very far away”, said Brkovic. He pointed out that the new authorities did not make necessary discontinuity with the previous regime, but also stressed the deficiencies of the unstable system. “On the one hand, to make society move forward, you must have politicians who are not afraid of confrontation with inertia and mentality limits. On the other hand, very often our politicians are not brave when they need to confront that kind of tradition, and tradition is, generally, a ghost and that story of tradition is, in a way, counterproductive and retrograde, i.e. it pulls the society backward”, said Brković. 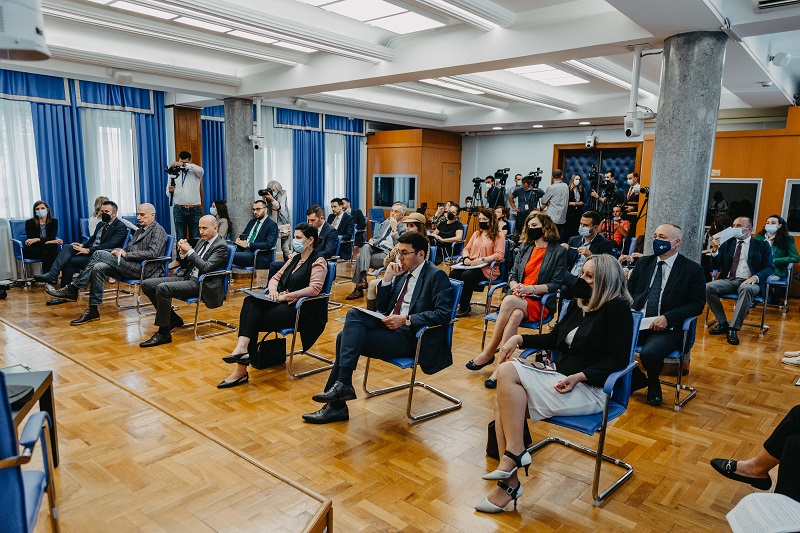 Panel debate is part of the project „Different paths – shared values“ supported by the European Union, within the programme Europe for citizens, which is implemented by the CCE, in cooperation with the German Heinrich Böll Foundation and ForumZfD, as well as the Youth Initiative for Human Rights from Zagreb and Association for modern history from Sarajevo. The event gathered representatives of legislative and executive branches, as well as the academic community and non-governmental sector.