The Government did not meet expectations concerning NGOs, and it is especially worrying that there is no tendency to understand the role of NGOs and the need to work on the sustainability of NGOs, especially in the financial aspect, was one of the conclusions of the second part of the discussion forum ” CSOs and Authorities – which road to the cooperation in building open society?“, organised by the Centre for Civic Education (CCE), in cooperation with partners, and with the support of the EU Delegation to Montenegro and co-financing from the Ministry of Public Administration, Digital Society and Media. 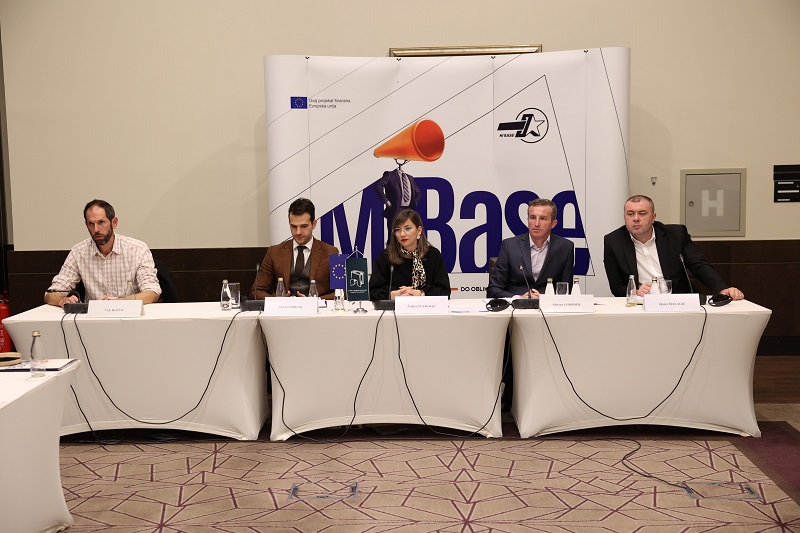 Marko Mrdak, from the European Integration Office of the Government of Montenegro, pointed out that without the synergy of civil society organizations (CSOs) and state administration, it is not possible to expect public administration reform and democratization of society, as indicated by numerous international reports. “The importance of CSO action is confirmed by the fact that in the first contractual relationship between the EU and Montenegro, it was emphasized that work will be done on political, economic and institutional stabilization of the region through strengthening civil society and democratization,” he said. Mrdak reminded that Montenegro was the first country to include CSOs in the negotiation process, and that the number of participants in the negotiating structure was between 20 and 30%, assessing that this opened the door for comprehensive dialogue. “In the process of preparing public policies, the views of the expert public and civil society must be more involved. European Integration Office is trying to influence the decision-making procedure not to be allowed without a public debate. That, of course, is not enough, but it is a clear step for improvement”, said Mrdak. He also spoke about the work of working groups as a good mechanism for monitoring the negotiation process and giving Montenegro guidelines for improving this process. 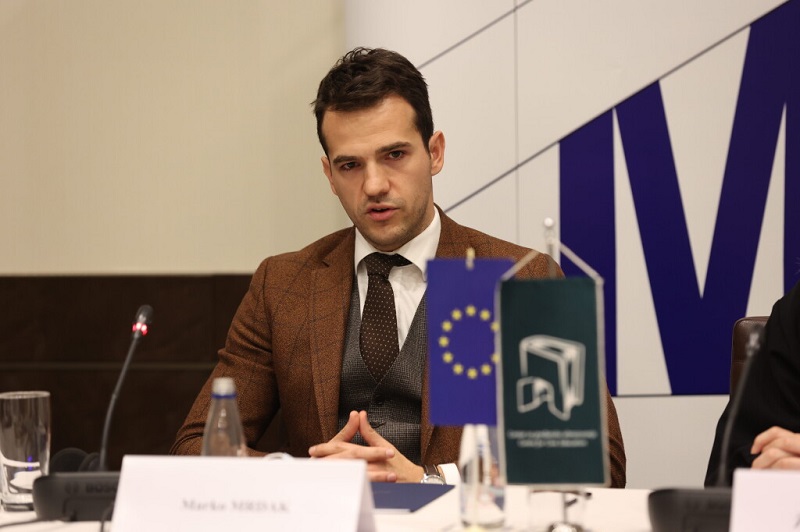 Haris Malagić, Secretary of the Secretariat for Local Self-Government of Bijelo Polje, noted that municipality is a positive example of creating an environment for participation of citizens and civil society organizations in the decision-making of public interest, public affairs, and creating public policies in the municipality, as also supported by the CCE’s award for the most transparent municipality in 2019. He stressed the importance of information, consultation, dialogue and partnership in shaping favorable environment in the community. He emphasized the issue of transparency as one of the basic principles in the functioning of CSOs. “The official website of the Municipality of Bijelo Polje in 2020 alone exceeded the number of visitors of 650 thousand, and with the new interface it received new content, which makes this website a very important place in informing citizens. In addition, we are the first municipality in the north to have electronic communication for reporting communal problems with citizens, i.e. the so-called system 48, through which citizens receive a response within 48 hours,” reported Malagić. 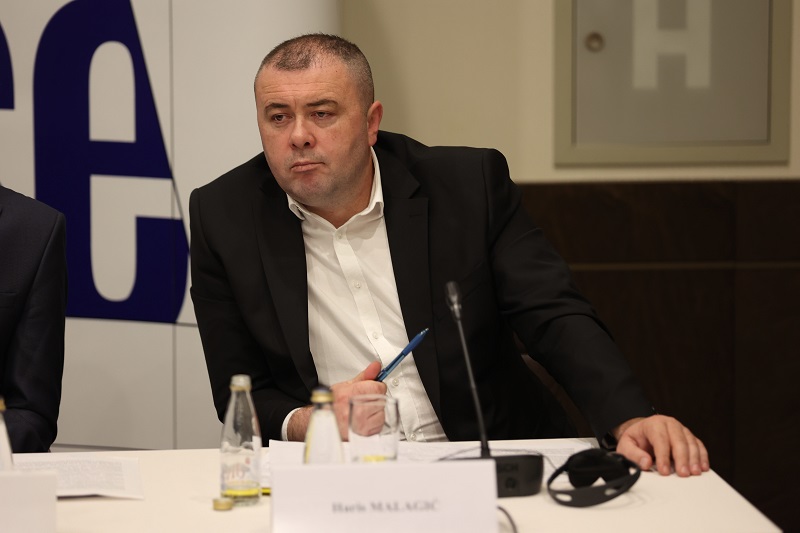 Vuk Iković, Executive director of the Montenegrin Ecologists Society, thinks that mechanisms for the operation and protection of NGOs exist, but that they are not substantially applied. “When it comes to the environment, NGOs are involved as much as other sectors, in order to make the work of institutions more efficient and enable simpler cooperation between institutions and citizens. Unfortunately, since the formation of the new Government, we have additional constraints, which is contrary to the real goal – and that is that NGOs that criticize and point out the mistakes of the Government do not suffer consequences, but that they are encouraged and helped to progress,” said Iković. Speaking about the position of local communities, Iković emphasizes that they are “captured”. “I don’t remember an organized uprising by local governments. It was the “capture” of local communities that led to the formation of a large number of NGOs. Citizens are trying to jump numerous steps and go directly to the mayor or NGOs, which is a kind of centralization in action at the local level in action,” he said.

Mirzat Luboder, Executive director of the NGO Karika from Rozaje, pointed out that CSOs in Rozaje function individually and without synergy, but also that the local government is characterized by non-transparency. “Citizen participation in the political life of the local community is an important aspect of the development of democracy as a mechanism for effective external oversight of government work, but also a manner to create public policies close to the real needs of citizens,” Luboder stated. He adds that citizen participation is a possible answer to the problem of “democratic deficit” and that, in that sense, participation is especially suitable for the local level of government as it brings the decision-making process closer to citizens, which requires prerequisites of citizens having trust in the local government as well as the existence of a strong civil society. “But for having participation at all, it is necessary for citizens to have relevant information about developments in the community and mechanisms for participation. The media also plays an important role,” explained Luboder. 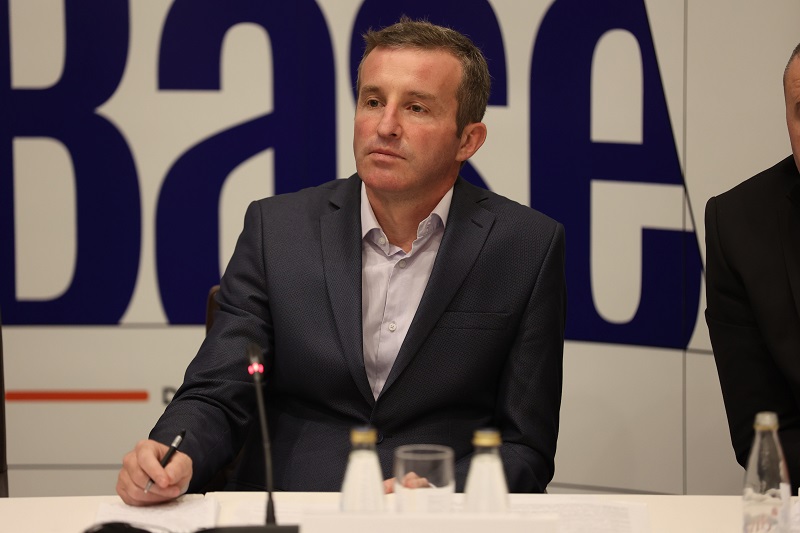 Milena Vuković Sekulović, Deputy Secretary-General of the Parliament of Montenegro, stated that the communication of the Parliament with the non-governmental sector takes place on two levels – with MPs through the work of the committees, in accordance with Article 67 of the Parliamentary Rules of Procedure, and in that capacity around 70 representatives of the civil sector participated in the sessions of working bodies during 2021, but also through cooperation with the Parliament’s service. “We have worked with the civil sector on a large number of projects, such as the monthly bulletin “Open Parliament” and the educational programne “Democratic Workshops”, which we have been implementing independently for the last six years, and in cooperation with the non-governmental sector before that. The Children’s Parliament is also an example of successful cooperation that we have implemented, and continue to implement with the non-governmental sector, ” says Vuković Sekulović. Commenting on the procedures for public participation, she explained that the Parliamentary Rules of Procedure envisages involvement of civil society representatives in the work of the committees, at the invitation or initiative with the consent of the president of the committee, but also expressed expectations that this part will soon be regulated by the law. “There is a big shift in the transparency of the work of the Parliament. For example, sessions of working bodies have recently been publicised on the YouTube channel. We have uniformed remonstrances and petitions submitted to the Parliament. Also, according to the CDT, we are the first parliament in the region in terms of the degree of transparency. We respond promptly to all requests for free access to information, ” she informed. 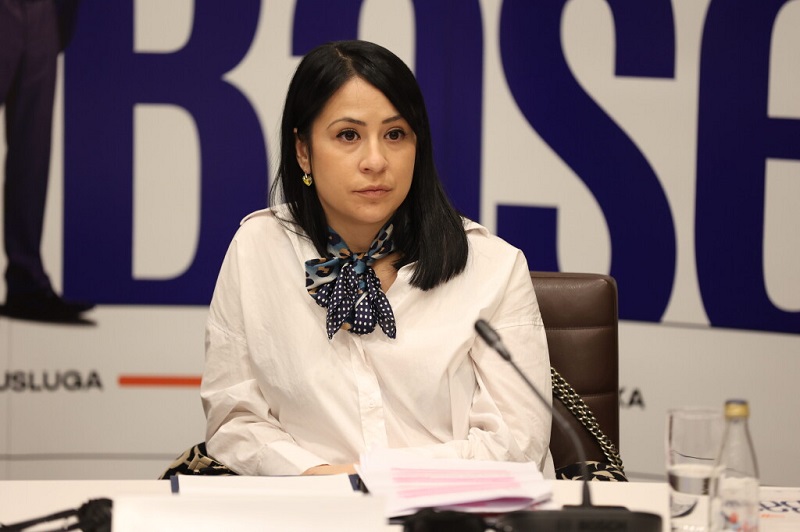 Goran Đurović, Director of the Media Center, assesses that, unfortunately, the NGO sector has been and remains perceived by the authorities as a non-contributing expense, and that the new Government does not have organized communication and understanding, even during the process of drafting the new strategic documents. “The Montenegrin Government does not understand that NGOs should perform a role that they themselves cannot, in all those sectors where it is necessary to provide additional services, for example, support to people with disabilities, information, education and development, etc. and that meet the needs of all citizens,” he said. He cited, as an illustrative example, the fiscal strategy, which envisages the percentage of minimum financing of projects and programmes, while the budget for 2022 envisages only half of the legally provided funds for NGOs. “I expect that the minister will fight for the respect of the law for which she is responsible, but also that she will bear responsibility if that is not achieved,” he was clear. He stated that the lack of understanding of the role of civil society has been constant in the last 20 years. “It is necessary to change the perception of the non-governmental sector and consider the possibilities of quality cooperation that leads to the improvement of the quality of life of citizens. As long as the approach of the Government is not to recognize the possibility of including the non-governmental sector through strategic documents, we will need some protective mechanism for the non-governmental sector to survive with other support,” Đurović concluded. 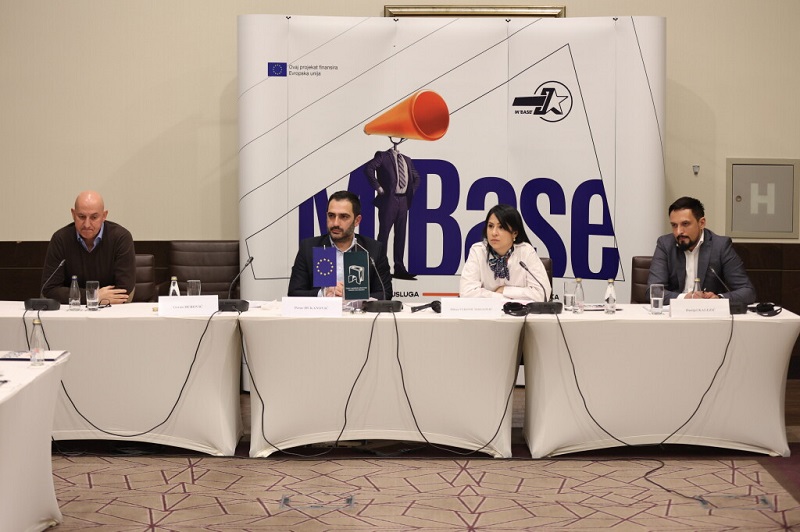 Reflecting on the work of the Government so far, Danijel Kalezić, Executive Director of the NGO Queer Montenegro, explained that they approached the Government with realistic demands but faced constant avoidance of solving problems, with the excuse that more time was needed. “Our monitoring indicates that there is no progress. There was no reaction from the Government, not even from the Parliament, to the numerous initiatives that came from the civil sector,” Kalezic said. He pointed out that the capacities of the non-governmental sector are available to all institutions, but also that “things move only when certain issues are introduced more aggressively into the public discourse, because there is no political will for real changes. Then we directly call out and directly point out the problems and lack of actions.” In reference to the Law on Life Partnership of Persons of the Same-Sex, which implementation started in mid-July this year, he explains that 26 laws are not aligned with that law, and at the same time attempts are being made to question the justification of the adoption of that law by those who need to implement it.  “Small progress has been made – we managed to initiate with the Government to make amendments to two laws, and we received the answer that additional work is being done on five laws. Now, we have the Parliament, which must vote on all this in the end, and we know what the situation is and how much it is conditioned by political circumstances. We are also worried because the responsible Committee on Human Rights and Freedoms is led by an MP who was very vocal in relation to blocking our human rights “, concluded Kalezic. 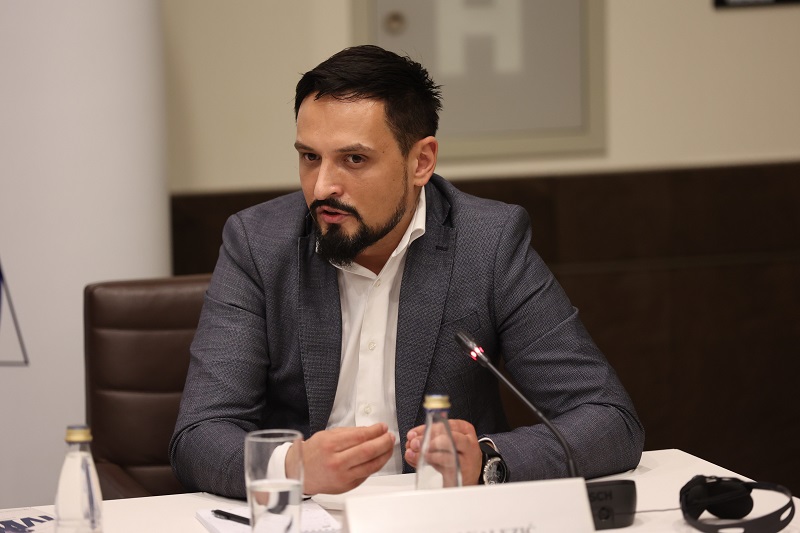 The forum aims to contribute to strengthening the dialogue between institutions and civil society, exchange of views and opening a space for constructive cooperation to improve the environment for work and development of the civil sector. This is one of the activities of the project “CSOs in Montenegro – from basic services to policy shaping – M’BASE“, implemented by the CCE in partnership with the German Friedrich Ebert Stiftung (FES), the Center for Protection and Research of Birds of Montenegro (CZIP) and Politikon Network, in cooperation with the Ministry of Public Administration, Digital Society and Media and the European Integration Office of the Government of Montenegro. The project has EU financial support and co-financing from the Ministry of Public Administration, Digital Society and Media.

In accordance with the limitations of COVID-19 pandemic, the forum brought together about 50 representatives of institutions, local governments, NGOs, media and political parties.