RECOM Reconciliation Network invites civil society organizations from Bosnia and Herzegovina, Montenegro, Serbia, Northern Macedonia and Kosovo to submit a proposal for an initiative that contributes to the dissemination of knowledge about judicial facts and strengthening the voice of victims, accepting and disclosing facts about war events and crimes in the local community, building a regional culture of remembrance and reconciliation.

The deadline for submitting applications and projects is 25 April 2022. 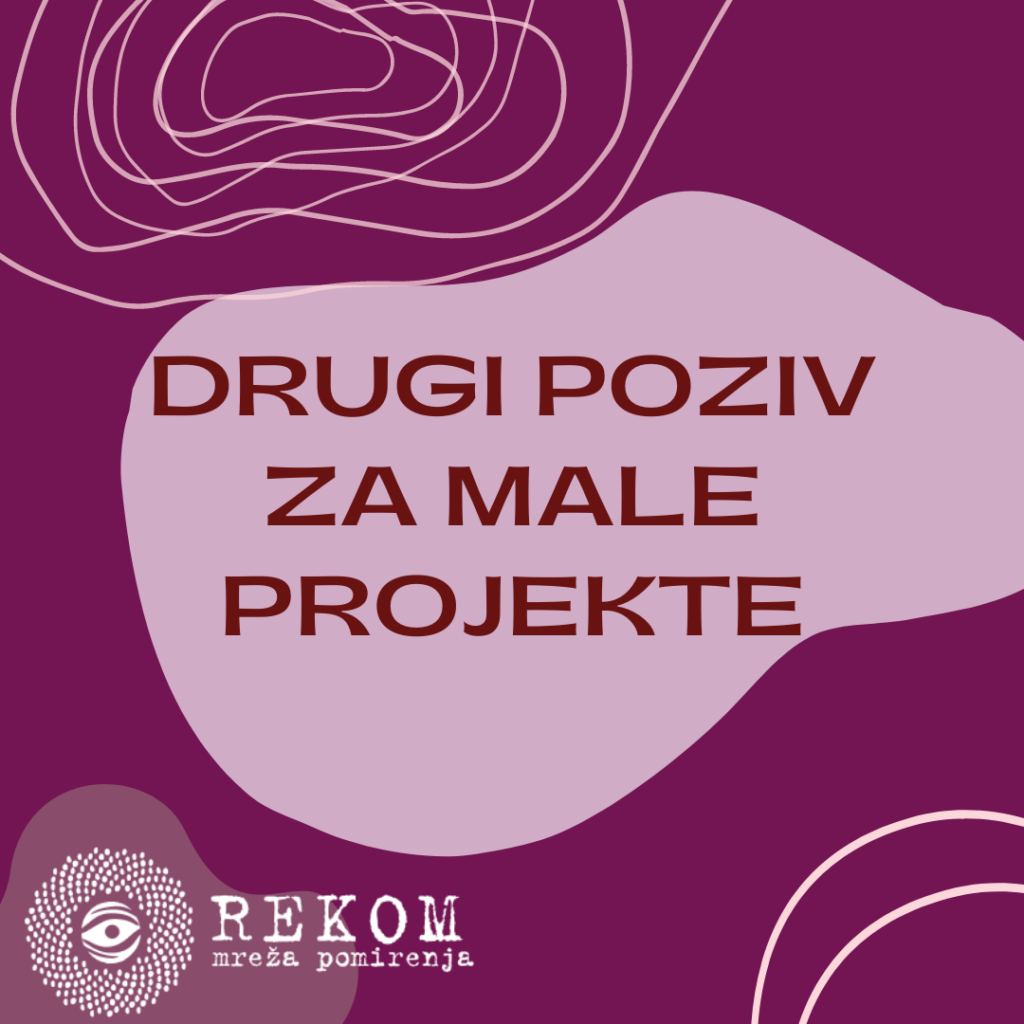 The RECOM Reconciliation Network (RRN), the former Coalition for RECOM, brings together civil society organizations, artists, writers, historians, lawyers and other individuals, whose activities and public engagement support the list of all victims of the 1991-2001 wars in the former Yugoslavia.

The regional census of war victims was supported by 580,000 citizens of post-Yugoslav countries, who in 2011 signed a petition for the establishment of RECOM. Until 2015, the leaders of Croatia, Serbia, Montenegro, Kosovo and Macedonia (today’s Northern Macedonia), as well as two members of the B&H Presidency, supported the civic initiative for states to jointly list all war victims.

However, political changes in Croatia, in February 2015, led to a major turnaround in that country in dealing with the past – Croatia opted for a national dealing with the past, which significantly weakened political support for RECOM. In accordance with the agreement with the leaders of other post-Yugoslav countries, the Coalition prepared a Declaration on the Establishment of RECOM, with a proposal to be signed by the Western Balkans Foreign Ministers at the Berlin Summit in London in 2018, hoping that Croatia, as EU member-state, will join later. However, the decision to sign the Declaration was made only by the Government of Montenegro, which is why the signing of the Declaration was removed from the agenda of the Berlin Process Summit in 2018.

This was followed by significant support from the EU’s Directorate for Neighborhood Policy and EU Enlargement. As part of preparations for the 2019 Berlin Summit, EC Honorary Director-General Pierre Mirel visited Sarajevo on behalf of the EU Neighborhood Policy Directorate, where he was informed by advisers to B&H Presidency members that Bosniak and Croat members of the Presidency have new priorities – ensuring regional stability and security of B&H and that the Republic of Srpska does not support reconciliation based on judicial facts advocated by the Coalition for RECOM. Faced with the loss of political support, the Assembly of the Coalition for RECOM, in December 2019, at its XII session, decided to restructure the RECOM Initiative – taking care of the preparation of a regional list of victims (130,000), increasing the research capacity including social faculties from Croatia and B&H, and providing adequate financial resources.

According to the Regional Reconciliation Network, the identities of at least 27,500 war victims have already been established: the identities of some 7,000 war crimes victims have been established by court rulings, the Humanitarian Law Center (HLC) and the Kosovo Humanitarian Law Center (KHLC) identified from several sources 13,500 civilian and military victims in connection with the war in Kosovo, and Documenta and the HLC identified about 7,000 civilian and military victims of the war in Croatia.

A significant part of the work is done, but it is necessary to make a list of all victims as soon as possible and to make the data publicly available for verification. For such an important job, it is important to have stronger support for initiatives at the local level that promote the perspective of victims and justice, regional reconciliation, respect for victims regardless of ethnicity, and encourage young people to learn, remember and think critically about the past. Hence, the project of small grants, designed by members of the Regional Reconciliation Network involved in research on human losses and places of detention – Humanitarian Law Center (Serbia), Humanitarian Law Center Kosovo (Kosovo), Association for Transitional Justice, Reconciliation and Remembrance in B&H and Center for Democracy and Transitional Justice (B&H), Centre for Civic Education (Montenegro) and Institute for European Policy (Northern Macedonia).