Yesterday, in the organization of the Regional Academy for the Development of Democracy (ADD) from Novi Sad, the Center for Dealing with the Past Documenta from Zagreb and the Centre for Civic Education from Podgorica (CCE), with the support of the European Balkans Fund (EFB), started ZAGREB PLENUM – QUO VADIS, BALKANS? whose third panel was dedicated to the revision and misuse of history for daily political purposes. Prominent historians and university professors Ivo Goldstein from Croatia, MilIvoj Bešlin from Serbia, Husnija Kamberović from Bosnia and Herzegovina, Boban Batrićević from Montenegro and Dubravka Stojanović from Serbia spoke at the panel, moderated by Dragan Mrakovina from Croatia. 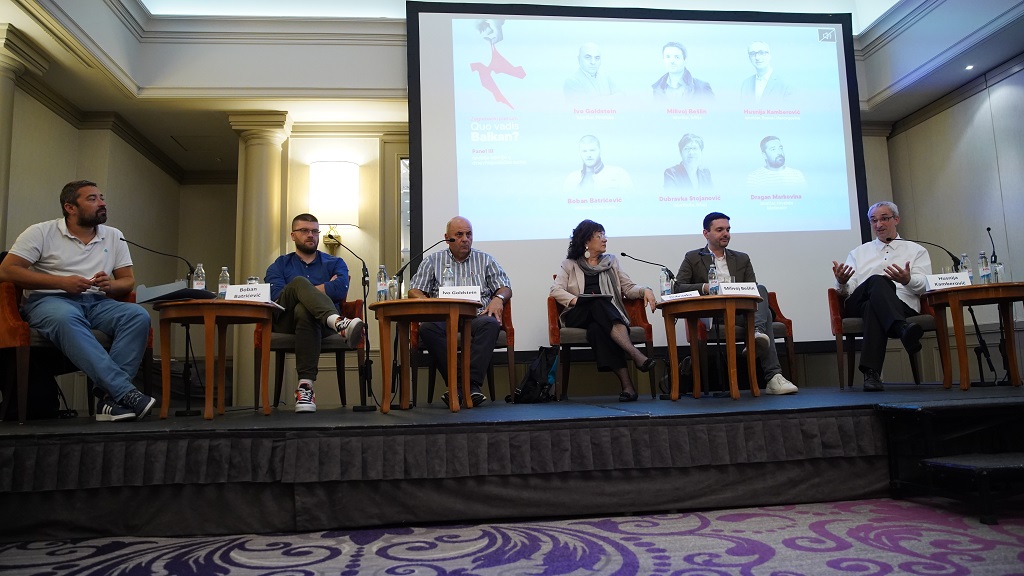 Dubravka Stojanović said that “countries in the region live from manipulating victims and traumas from the past” and that this is the main reason why they do not want to determine the number of victims or the truth about what happened, and that these issues can always serve to divert attention from other topics. She pointed out the paradox that “nationalisms in the region, instead of celebrating victories and heroes, are actually much more concerned with defeats and sufferings, victims and losses because they are more suitable for homogenization, illusion and manipulation”. Commenting on the recent proclamation of the Croatian Academy of Sciences and Arts (HAZU) on the protection of Croatian interests in negotiations with B&H, Montenegro and Serbia regarding their accession to the European Union and the polemics with the Serbian Academy of Sciences and Arts created on that occasion, Stojanović said it would be fair to those who started the project of war, its ideologues who produced those narratives to be now the ones to cross spears, hence it would be easier for everyone if the leaderships of the academies faced and fought on some imaginary battlefield instead of losing all innocent lives. 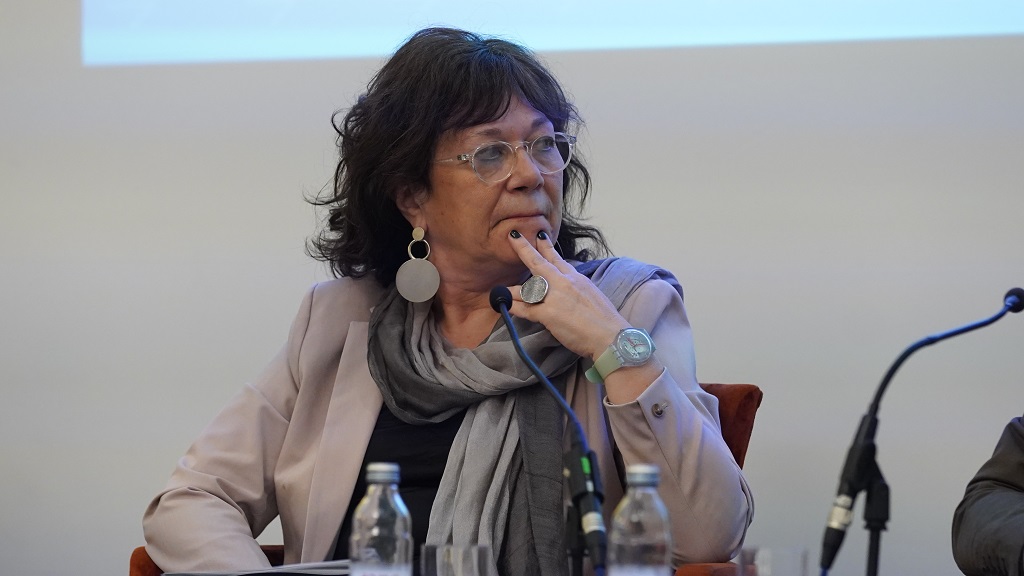 Historian Ivo Goldstein considers that any comparison of the HAZU memorandum with the former SANU memorandum is inappropriate, since the SANU memorandum was signed, while the HAZU memorandum is not, but it is also a document unworthy of an academy, a wish list without visible criteria and consistency. He added that these two documents cannot be compared in terms of the influence they had on society, since the SANU memorandum once determined the fate of the entire region, while this one did not resonate with the Croatian political public. Speaking about the culture of remembrance, Goldstein assessed that there are no politicians in the region who would work on bringing them closer and that “we have completely different, separate and opposing cultures of remembrance which are very important for our societies and without which are no healthy good neighborly and human relations”. He assessed that in that sense that “we continue to function as tribal communities where we are honest, correct, always right, gullible, and everyone else wants to harm us and have always done us injustice“, concluding that in our countries history is still perceived and presented in that manner. 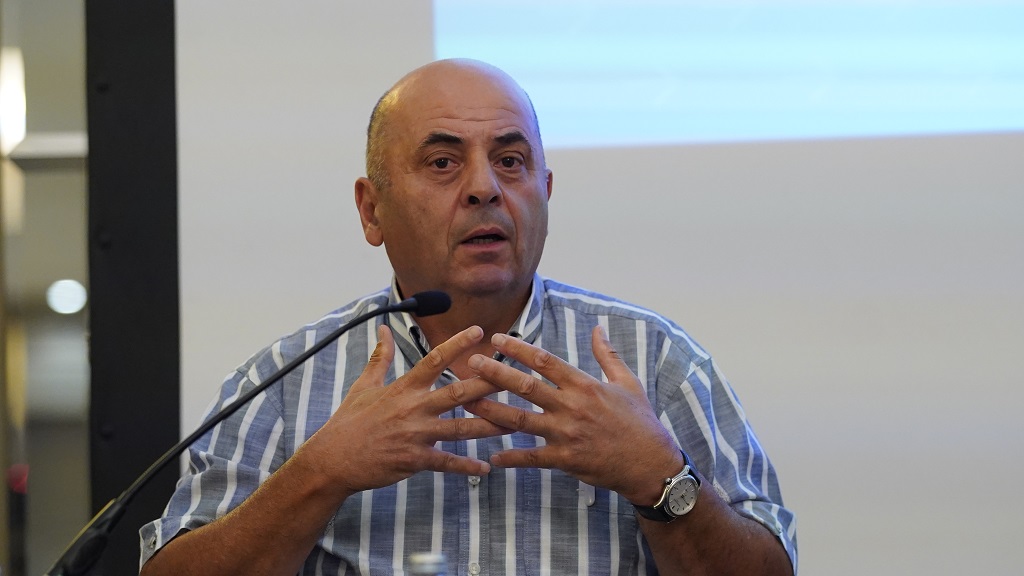 Husnija Kamberović, a historian from Sarajevo, spoke about the Jasenovac camp. He stated that “Bosnia and Herzegovina forgets or does not know the fact that both Jasenovac and the Independent State of Croatia are largely connected to a part of Bosnia and Herzegovina’s past and historical heritage”, and referred to attempts to create a narrative that Jasenovac is a camp exclusively Serbs were killed and, in this manner, hence this terrible crime from the Second World War was manipulated. 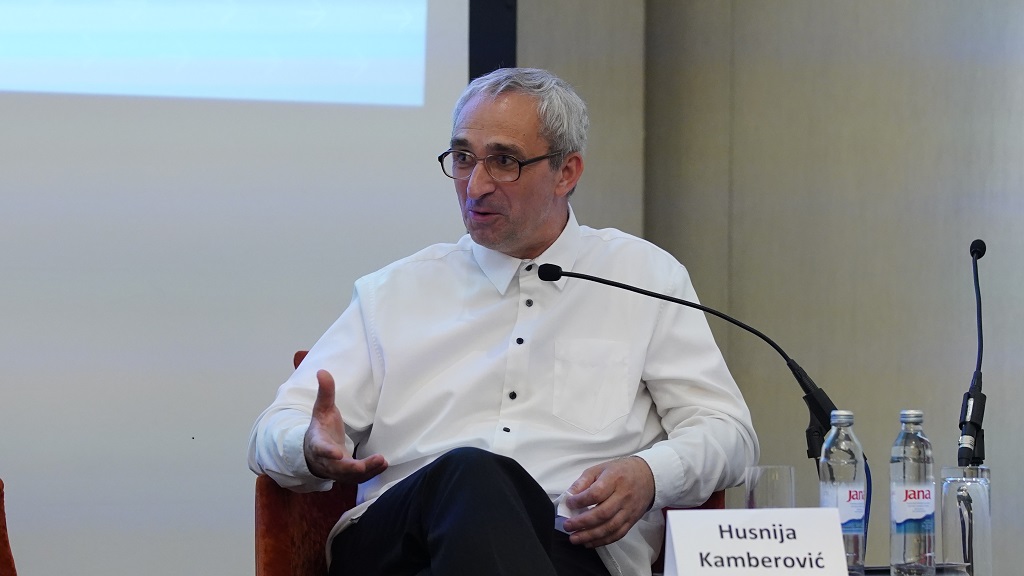 Milivoj Bešlin spoke about the parallel between the wars of the 1990s and the Second World War, assessing that “in the Second World War, all nationalisms of the Yugoslav people were on one side, and the anti-fascist movement on the other”. He said that “Serbia in the culture of remembrance is moving through “four Rs”, with the first “R” meaning war, which was provoked when Serbia opened the “Serbian question” as a territorial, and not as a democratic or civil rights issue. The second “R”, according to him, means revisionism, on the example of World War II, which was necessary to attack Bosnia and Herzegovina and Croatia, because it could not be done on the values and ideology of anti-fascism, but only on the ideology and rehabilitation of Chetniks. Further, the third “R” refers to the rehabilitation of war crimes and World War II war criminals. Bešlin noted with regret that everything that was a trend in the 1990s reached its peak after 5 October, during Kostunica’s time, and that few warned that the rehabilitation of crimes and criminals from the Second World War would lead to the rehabilitation of criminals from the 1990s. This leads to the fourth “R” – revanchism – which was best described by Ivica Dačić, the Minister of Foreign Affairs, with his statement that those who think that the wars are over are wrong because the second half awaits us. 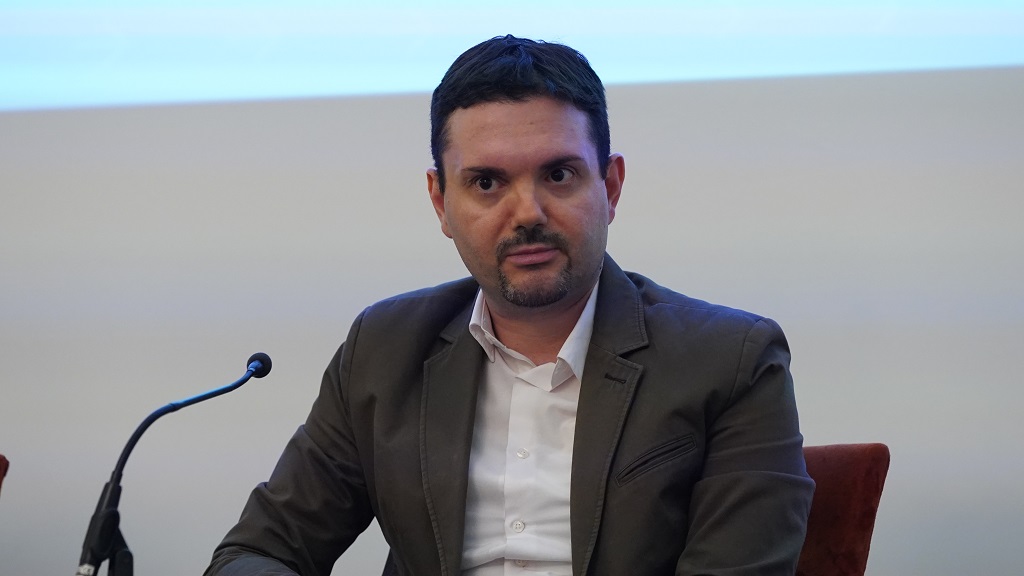 Boban Batrićević, from Montenegro, believes that “the Serbian Orthodox Church has a key role in spreading foreign influence, which since the arrival of Amfilohije to the position of metropolitan has taken on three key elements – it begins to be anti-Montenegrin, anti-state and revisionist“. He further clarified that Amfilohije begins his mission by spreading Chetnik propaganda, creating big problems in Montenegro. Batrićević stated it is also concerning that Western embassies helped Amfilohije’s politics come to power, and assessed that “the winner of the elections from two years ago in Montenegro was essentially Amfilohije and his policy of Great Serbian nationalism”. Batrićevć recognized as the big problem in the fact that “a significant part of the intellectual elite in Serbia views Montenegro in the same way, just as there is no difference between the government and the opposition when it comes to relations with Montenegro”. 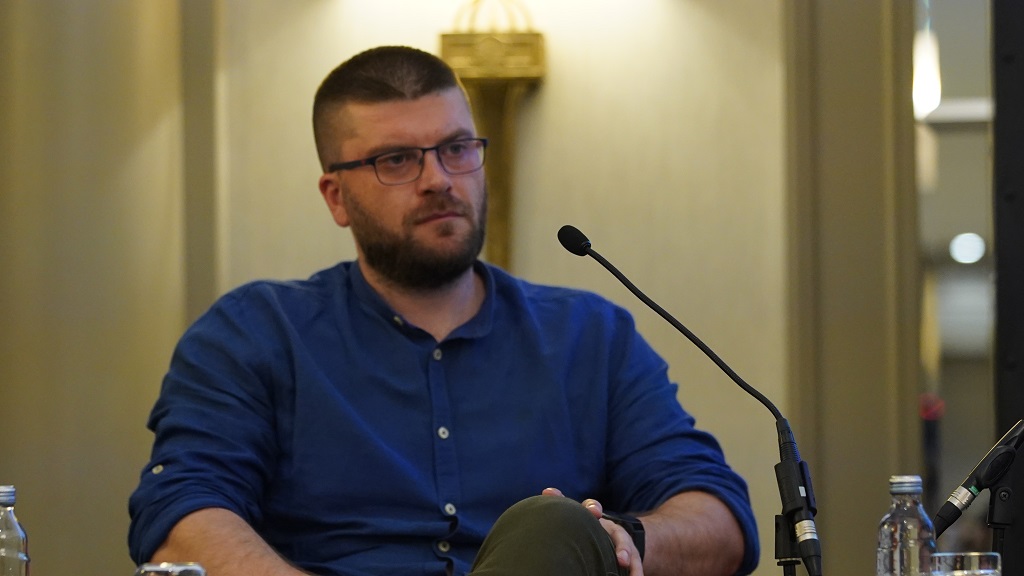