Regional cooperation is important, but the Open Balkan cannot be an alternative for European integration, as it was underlined at the debate on Open Balkan held within the Novi Sad Plenum QUO VADIS BALKAN?, organized by Regional Academy for Democratic Development (ADD), Centre for Civic Education (CCE) and the European Fund for the Balkans (EFB).

About this topical initiative that caused a lot of divided opinions, from different perspectives, spoke Branko Ružić, first Deputy Prime Minister of the Government of the Republic of Serbia, Nataša Vučković, Director at the foundation Center for Democracy and dr Gordana Đurović, former Deputy Prime Minister of Montenegrin Government and President of the Montenegrin Pan-European Union (MPEU), while the debate moderator was Balša Božović.

Nataša Vučković considers that in the previous period were several events significant for regional cooperation and that it is important to recognize the need to improve this type of cooperation, and that it is wrong to foster competition between various modalities, since each is needed and has its specificities. “The major deficiency of the Open Balkan initiative is that only three countries participate in it, while the greatest advantage is precisely the fact that it is an autochthonous initiative created in the region and that great political credibility has been invested in it”, she pointed out. Vučković added that the shortcoming of the Berlin Process and the Open Balkan is that their content and activities stem from what the Regional Cooperation Council designs, assessing that in the coming period, integration of these regional initiatives should be done, not creating competition between them.

“All regional initiatives are political and building solidarity and trust in the region is a positive shift. The Berlin process, which started exclusively as an economic process, gradually included the rule of law and democracy in its postulates”, reminded Vučković. She also indicated that non-transparency is one of the main problems of the Open Balkan, and that it stems from weak institutions and internal problems related to the democracy of the countries of the Western Balkans.

She warned of frustration in Western Balkan countries due to the slowdown in the process of European integration, which is the result of the failure to meet the commitments of the candidate countries, but also of the EU’s unwillingness to keep its promises.

The first Deputy Prime Minister of the Government of the Republic of Serbia points to the importance of the Open Balkan as the first initiative that originated from the region itself. “The Open Balkan is a tool that brings Serbia and other participating countries closer to EU membership. The first concrete results are already visible. I think that the Berlin Process and the Open Balkan should not be confronted and contested, since these are initiatives that have the same goal. Rather, they should be perceived within the context of what is happening in Europe – the crisis in Ukraine and the security risks it carries – which largely defines numerous processes in Europe and opens up new opportunities for progress in European integration”, claimed Branko Ružić.

Ružić added that the Open Balkan is primarily an economic initiative and that it should be seen exclusively within that framework. “The Open Balkan is based on voluntary approach and each country has the right to decide for itself whether it wants to join it. I believe that this is in the interest of all countries in the region, as well as that membership in the Open Balkan also contributes to trust building,” Ružić emphasized. 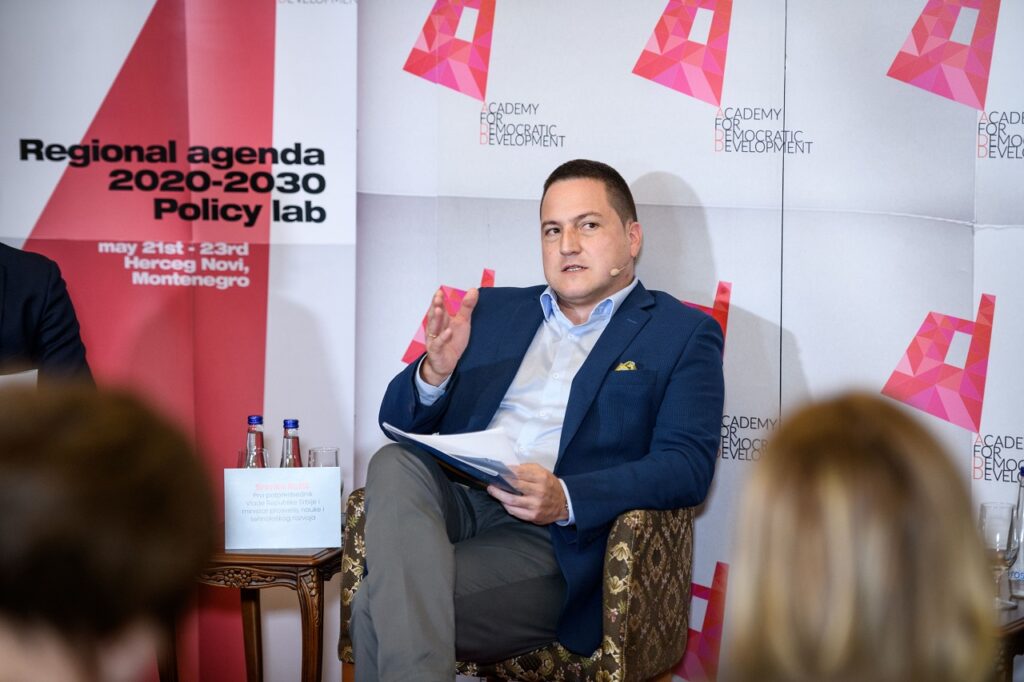 Speaking about the reasons of certain authorities in the region for not joining the Open Balkan, he said that all political elites bear the responsibility towards their citizens. “And it is up to them to explain why they do not want to do something that is good for their citizens,” he added. “When we become a member of the EU, some things become irrelevant, such as, for example, the four-year position of Serbia to support visa liberalisation for Kosovo citizens, as such things also contribute to trust building”, stated Ružić, concluding that the Open Balkan is good for the entire region and that connecting our markets can help all the countries participating in it.

Dr Gordana Đurović assessed that it is economically most profitable for Montenegro to remain within the process of European integration and that for its underdeveloped economy, even in comparison with other countries in the region, it would be very dangerous and harmful to open abruptly.

“On the other hand, Montenegro has implemented some of the standards that other countries in the region have not yet adopted, such as those in the food safety area, where more than 5,000 directives have been adopted. Joining an initiative, such as the Open Balkan, would essentially mean a step backward for Montenegro”, Đurović was explicit.

Dr Đurović considers that – speaking in the language of economic integration – the Open Balkan actually means a customs union, which brings with it a whole series of challenges and problems, as well as the need to finance, organize, structure and institutionalize it. 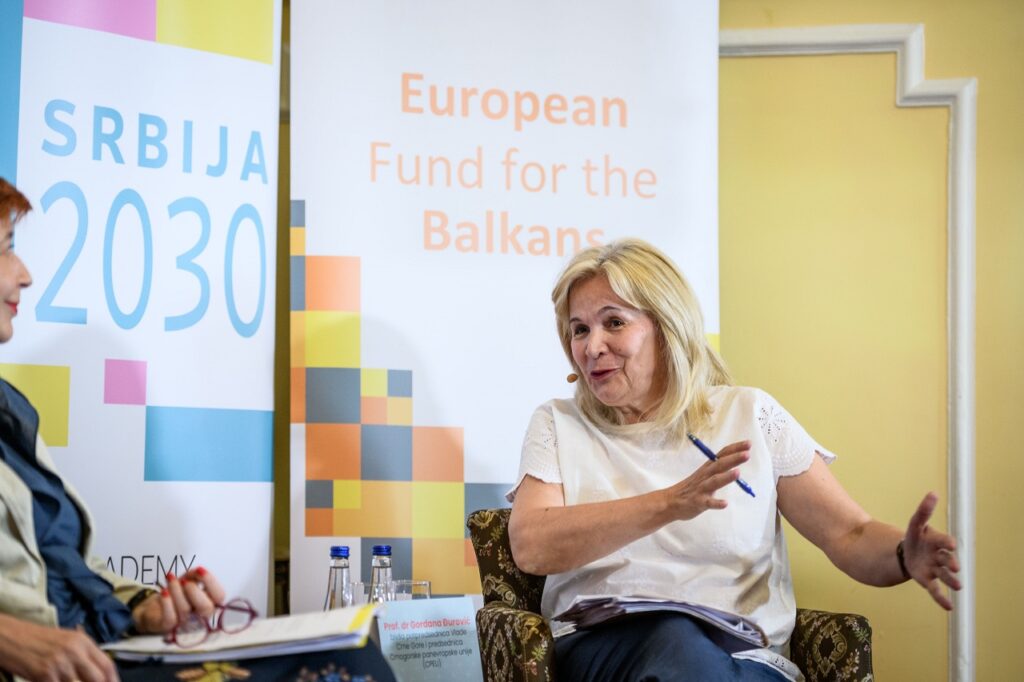 “Although it seems that concrete solutions emerge from the Open Balkan, in fact, these are very general agreements, expressions of good intentions, without many concrete procedures and protocols for their implementation”, stated Dr Đurović, citing as an example the recognition of diplomas, which she pointed as a good political move, but with deficiencies in the absence of deadlines, rules and procedures for the implementation.