The growth of the scope of peer violence and juvenile delinquency is also conditioned by the overall environment in which children grow and are formed, and it is necessary to pay more attention to this topic and to provide a more effective systemic response, especially in the part of prevention, it was emphasized at the conference “Position of juveniles in criminal proceedings – from prevention to integration” organized by the Centre for Civic Education (CCE) within the project of the same name, and supported by the Ministry of Justice of Montenegro. 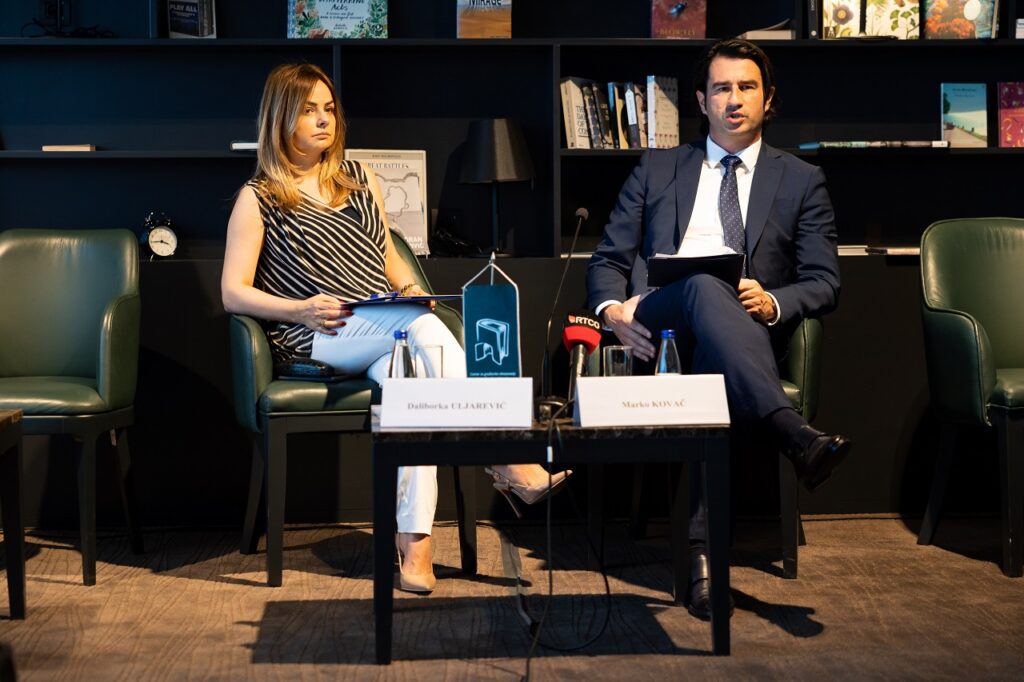 Marko Kovač, Minister of Justice in the Government of Montenegro, referred to the reform of the juvenile justice system and the Law on access to minors in criminal proceedings. “In addition to the provisions regulating the treatment of minors in conflict with the law, the law also regulates the protection of minors as participants in criminal proceedings. A comprehensive analysis of the compliance of the national criminal legislation with the relevant international standards governing the position of minors showed that the criminal legislation is harmonized to a large extent, but that there is still room for work and progress, and we will work on this in the coming period” Kovač announced. He emphasized the importance of improving the judicial infrastructure with the principle of the best interest of the child, stating that the idea of specialization of courts and/or specialization of judges is being elaborated, as well as that a lot has been done on adequately equipping rooms for working with children in criminal proceedings in the prosecutor’s office and courts, integration of indicators on children who participate in judicial and administrative proceedings in the Information System of the Judiciary, education of representatives of various sectors, but also strengthening of the Professional Service at the prosecution and courts. He particularly pointed out the importance of alternative sanctions. “The purpose of alternative sanctions is to not initiate proceedings against the minor or to suspend the proceedings and thereby affect the proper conduct of the minor and strengthen his personal responsibility not to commit criminal acts in the future. The state has recognized the importance of giving a second chance to children and young people who come into conflict with the law, and who most often do so because of the difficult circumstances in which they live,“ he emphasized.

Daliborka Uljarević, Executive director of the CCE, pointed out that the problem is a lack of focus on peer violence, especially considering the scale of this phenomenon. She recalled the UNICEF research from 2021, which notes that every third child between the ages of 12 and 17 was a victim of peer violence. “It should be taken into account that the consequences of peer violence can permanently mark some people. Those deep scars are not only scars on those who experienced direct violence but they are also scars on institutions and society that did not prevent violence, because they also bear a significant part of the responsibility,” she stated, expressing a belief that a lot can be done in terms of prevention, and especially in public educational institutions. “Hence, it is necessary to continuously work on the education of both teaching staff and students and make them aware of this problem“, she emphasized. Uljarević also referred to the lack of resocialization and integration programmes.” If juvenile offenders continue to be stigmatized, be denied a “second chance”, their future is destined to be on the other side of the law, and that is not good for them or society,” she concluded.

After the introductory part, there was a panel on manners of improvement of the legislative and institutional framework in the field of juvenile delinquency.

Vesna Moštrokol, judge of the Appellate Court, emphasized the complexity of work in proceedings involving minors due to different treatments and the speed of the proceedings. “Many things are needed to carry out the procedure with minors, because it is a procedure that is burdened with numerous requirements. The cases I had in my work referred to criminal acts, and in essence, these represented bad attempts and expressions of showing off of these young people, as well as the influence of the media and society itself, with an outcome that was not good for those minors” she said. Moštrokol underlined the need to improve the space for work, with an emphasis on the area of work with minor victims, stating that those conditions do not correspond to what should be provided for that target group. Commenting on the existing legislative framework, Moštrokol stated that changes in the law are not necessary, but the priority should be on strengthening personnel and institutions to implement legal provisions. 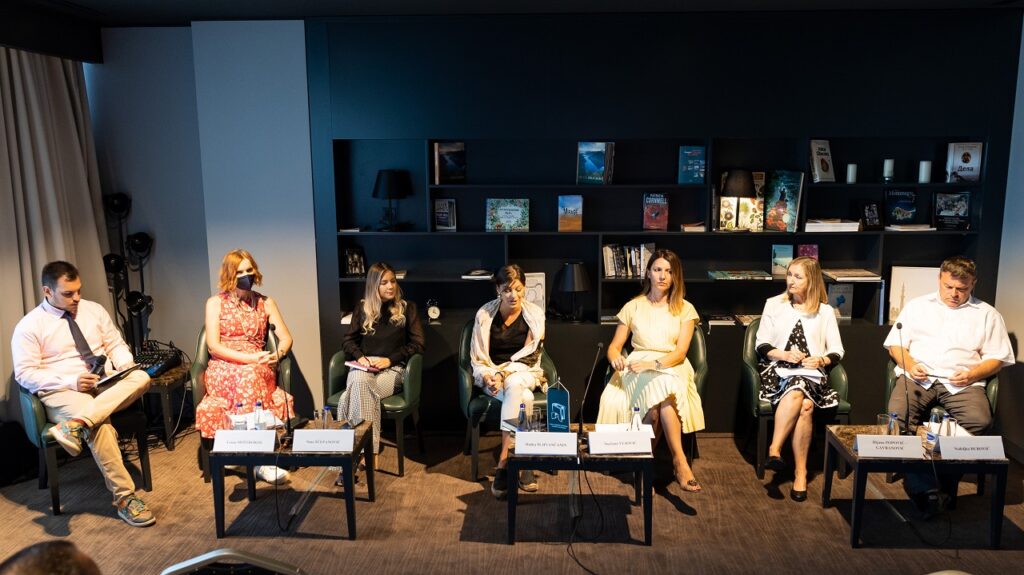 For Dijana Popović Gavranović, Head of the Professional Service of the Supreme State Prosecutor’s Office, the application of alternative measures toward all people, especially children, is crucially important. ” The goal of applying alternative measures and the possibility of choosing those measures by the child is simultaneously giving that child the opportunity to show that he is not only a perpetrator of a criminal act, but also a good child who can contribute to his community. When any measure is determined, there are numerous segments that we evaluate, and that include an assessment of the influence of the family and the environment, personal characteristics, maturity, educational difficulties… If the child can see the difficulties that have arisen and has a pronounced moral responsibility, then we are talking about the possibilities of applying alternative sanctions, in order to prevent the re-commitment of the criminal act, but also to strengthen better behavior“, she explained. Popović Gavranović stated that in the last two years, about 60 warnings have been issued, and that this is a growing trend, which is influenced by numerous reasons, including the pandemic that marked the previous period. She considers that tightening the penal policy is not the solution, and that prevention does not start from school, but from the very birth of a child, as well as that all this should be accompanied by the support of all services, the exchange of knowledge and information between all institutions.

Snežana Vujović, a senior police inspector of the first class in the Police Directorate, cites the staffing burden of the system that deals with juveniles, as well as the latency in the intention not to hurt the child through the application of the law, as challenges in suppressing juvenile delinquency and a stumbling block. ” The lack of training, which has been neglected for the past two years due to the pandemic, also contributed to this. The trainings that police officers have undergone so far are not few, but they depended on the organizers – international organizations, the non-governmental sector… Therefore, I hope that with the Police Academy we will systematically solve this problem in the coming period,” she said. Vujović recognizes improvements in terms of equipping rooms for working with children in four security centers so that children feel comfortable and safe. ” The fact is that through the police records, the same persons constantly appear from the age of 14, who we often follow until they reach adulthood. In their deviant behavior, minors often commit property crimes. Also, an increasingly present problem is peer violence through social media, which is a challenging space for action, both for researching the causes and for suppression,” she said.

Duška Šljivančanin, adviser to the Protector of Human Rights and Freedoms in the area of children’s rights, youth and social protection, emphasized that the adoption of the law did not fully implement the reform due to shortcomings in its implementation. “It is discouraging, and the fact that only three courts and prosecutor’s offices have Professional Services is worrying. What will we do with children from other cities? In the reform itself, we committed ourselves to all the recommended standards to ensure the availability of all services to every child,” she emphasizes. Moreover, she points out the necessity of a broader view of the concept of protecting the rights of the child – from the family, the changing society, the school that plays an important role in early prevention and intervention, through the social and child protection service, the police, the court, the prosecutor ‘s office… We note the human resources deficit, hence, for example, we have schools without pedagogues and psychologists. The fact that UIKS does not have an adequate programme in line with the punishment, nor the capacity to help children, re-educate them and motivate them to continue extra-curricular education or to fill their time by doing some hobby, is also a concern. The deficiency is reflected in a vicious circle that leaves the impression that institutions want to transfer responsibility to each other. That’s why I emphasize the need for professionals to focus on the best interests of the children in addition to the family,” she concluded.

Neđeljko Đurović, a teacher at the Secondary Economic and Hospitality School in Bar, believes that it is a very important recognition of all forms of peer violence. “We often hear from sociologists that families are exposed to various pressures. And regardless of how functional it is, social pathology affects and encourages deviant behavior among young people,” he said. Đurović indicates that the problem of peer violence is widespread. “First of all, it happens in our schoolyards, cyberspace and is very well detected in schools. Therefore, my colleagues and our teams for the prevention of all forms of peer violence and vandalism can be good support with intersectoral cooperation“, said Đurović. He pointed out the need to analyze the report of the Bureau for Education to obtain a starting point and find out the need for effective strengthening of systemic and intersectoral cooperation.

For Nina Šćepanović, a social worker from the NGO JUVENTAS, greater attention and a stronger systemic response are key. “As a state and society, we need to work on the prevention of potential problems, because it is not enough to have only repression as a final reaction to juvenile delinquency, but also an effective system of prevention, starting with the family, educational institutions, the media, as well as all other entities. The occurrence of negative consequences is an indicator that we were late, i.e that we did not apply appropriate and proportionate preventive mechanisms in a timely manner,” she pointed out. Also, she states that factors such as the school environment, additional free time, the media, social exclusion, poverty or the risk of poverty, and less commitment to the family, which can bring with it alienation, represent some of the causes of the increase in the crime rate, especially juvenile delinquency, and can be considered significant for the emergence and development of behavioral patterns that bring minors into conflict with the law. “It is necessary for all competent institutions, organizations that operate in the field of juvenile delinquency to create a joint plan to have noticeable positive changes in this field,” Šćepanović concluded. 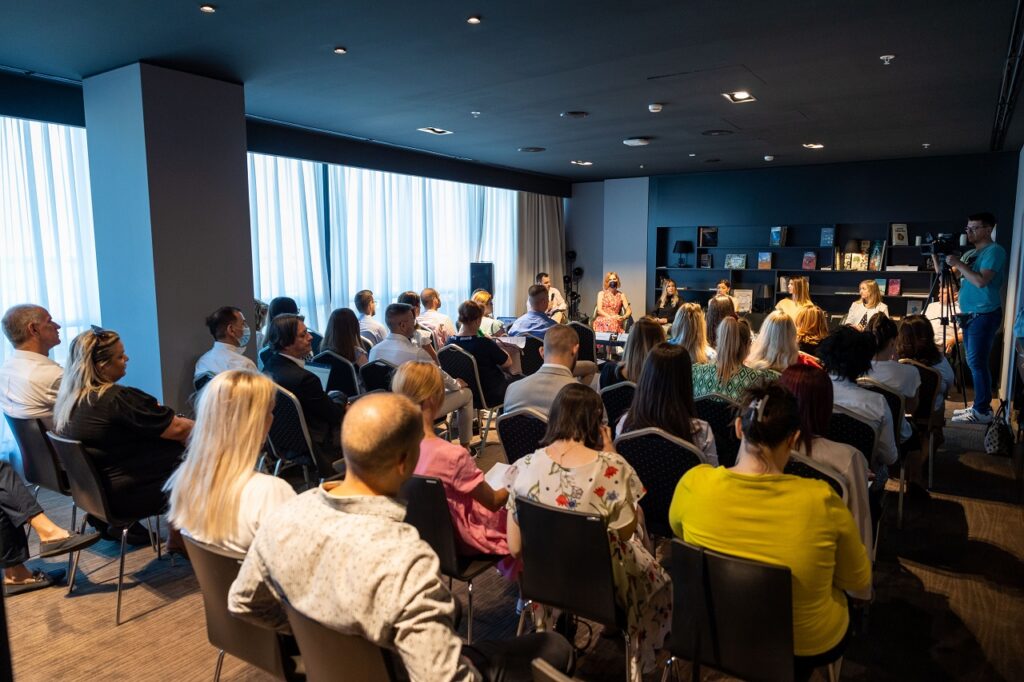 The conference gathered around 50 participants from institutions, the educational system and civil society.