Civil society is competitive and has numerous advantages, but regression trends are also noted. Therefore, it is important to stick to values, strengthen internal communication and cooperation, break apathy, to change work approaches to achieve greater impact and sustainability, as in many aspects the NGO sector also does the state work, it was concluded at the final panel “How to further expand the space for action and influence of civil society?” within the event “Civil society in Montenegro – challenges and perspectives in the fight for civic values”, organized by the Centre for Civic Education (CCE) with partners, with the support of the European Union and co-financing by the Ministry of Public Administration.

Dina Bajramspahić, a civil activist, believes that during the period of the last three governments, things have changed on several levels in relation to civil society. “When it comes to negotiations, the situation is getting worse. The new leaders of those processes did not understand what the tasks were or refused to work on those tasks. It is very difficult to stop them from doing so, so during the DPS who did not respond to our criticism, we were dissatisfied with what was done, and also with the lack of essential implementation. Today we receive answers that are humiliating even though we hoped that the change of government would shuffle the cards in society and bring new people with the right values“, she explained. “Insisting on standards is interpreted either as idealism or stupidity because everyone has their excuses to preserve old practices,” she said, adding that space for reforms and progress is not opened, but also the public discourse became worse. She also pointed out the advantages of civil society. “Civil society is very competitive because it allows you to speak on your behalf, initiate projects you believe in, and cooperate with donors who suit you. However, although there are numerous results of the civil sector, negative comments about their work, critical attitudes, and ways of financing NGOs that are baseless, are not rare“, she stated. 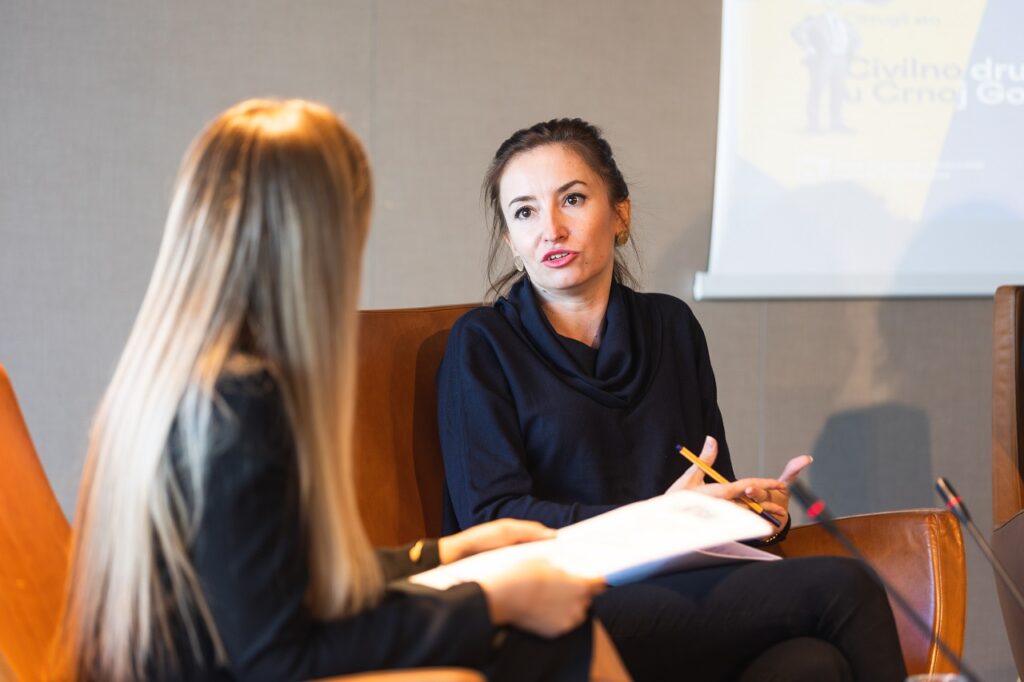 Zorana Marković, executive director of the Centre for Development of Non-Governmental Organizations (CRNVO), considers that civil society should intensify internal communication to strengthen the possibilities to influence decision-makers, and therefore solve problems. “Unfortunately, the situation has not changed for years, so it is necessary to intensify cooperation within NGOs to have sufficient influence on decision-makers, but also to ensure that quality decisions are implemented, especially in the financing segment, which creates a problem, affects sustainability and our contribution to reforms”, pointed out Marković. “The state of civil society and the lack of enthusiasm are a reflection of the state’s attitude towards NGOs and the state of society in general. The only partner that recognizes the importance of NGOs and supports our work is the EU Delegation“, she stated.

“Trends in the sector indicate a regression. The periphery atrophies in every way and Montenegro is slowly reduced to Podgorica, but even in Podgorica there is a bigger problem than the lack of money – lack of energy and apathy. What should we do next? Returning to basic values, finding other forms, to be more with each other because fragmentation will wreck us. Our role has changed and now we have to defend the fundamental values and the system against the system, its foundations and what constitutes the state and society. It is not easy, but I believe we will come out as winners“, said Biljana Gligorić, programme director of NGO Expeditio from Kotor. 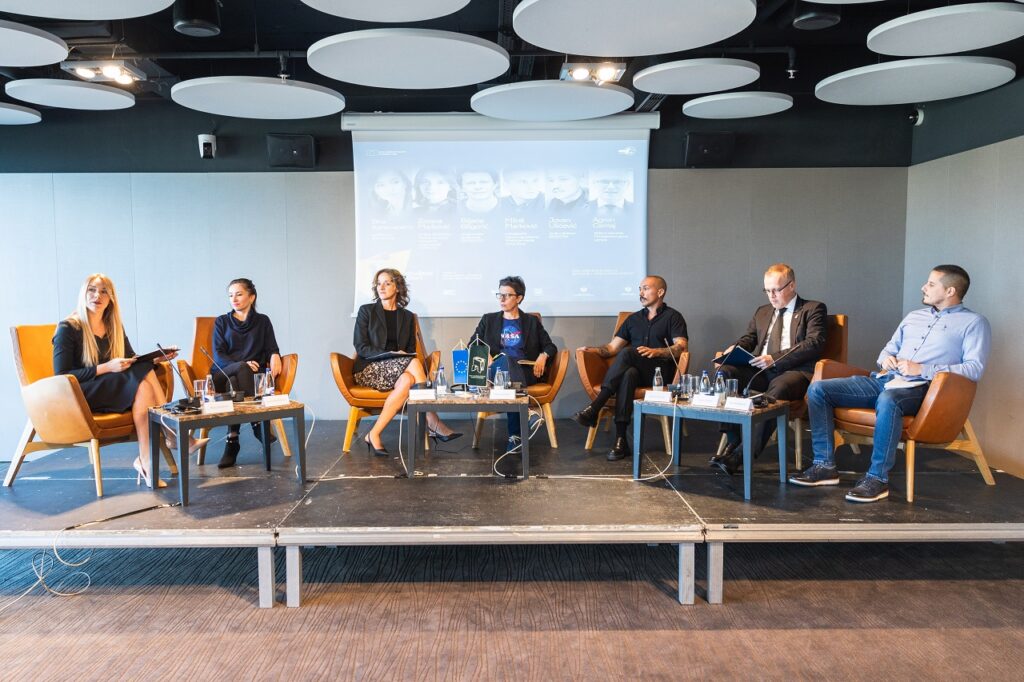 Miloš Marković, president of the Board of Directors of the Network for the Youth of Montenegro, pointed out the specificity of the moment in our country, as well as some global trends that overflow, suppress local issues. “Current events bother young people. It seems to me that youth issues are not on the schedule of decision-makers. After the change of government, we thought that youth issues would be raised and that we would talk in a different way. However, neither in the public discourse of the competent Ministry nor the Government do we recognize young people, but the focus prevails on topics that are useful for taking political positions“, he said. “I am very proud of the Youth Network, youth organizations and those who work with young people because during the Covid period we managed to stick together and maintain our common values. We hope that another management structure will recognize our work and enable stable communication and the continuation of old activities or the initiation of new ones“, said Marković.

“How important grassroots is to us shows our enthusiasm for grassroots initiatives“, said Jovan Ulićević, executive director of the SPEKTRA Association. He emphasized the importance of the sustainability of ideas and initiatives, but also the insufficient recognition for the efforts of civil society in the democratization of society. “The NGO sector has been doing state work for a long time. The big work that the state should do has been transferred to us, and now we tend to shift the burden of the state to the citizens who need to think about their lives. In order to think about sustainability, we need to continue with more intensive work, and on the other hand, some things need to be radically changed, such as a change in approach to activism”, said Ulićević. He also mentioned some problems affecting the NGO sector. “It seems to me that we don’t always have a situation where we can spend the money the way we think we should and how we will lead to changes. It is more a matter of achieving the results that others think we should achieve with this degree of democracy in our country. It is necessary for our sustainability to discuss changing the approach in work and that our best people do not go to the private sector, abroad, international organizations“, he said. 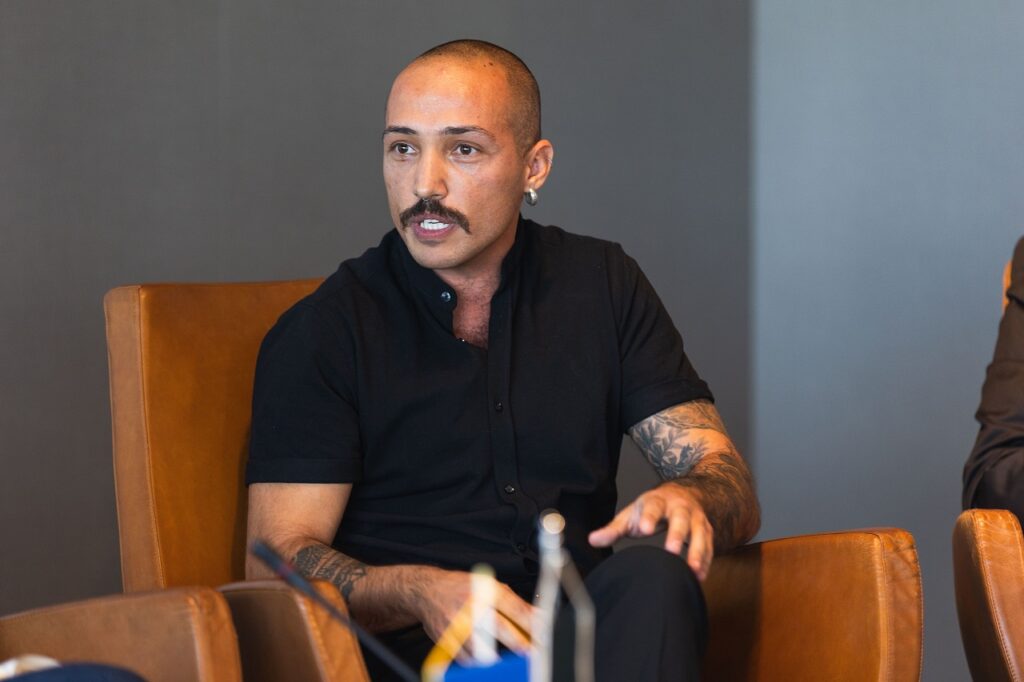 Agron Camaj, State Secretary of the Ministry of Public Administration, referred to the cooperation between the Ministry and NGOs. “The Ministry of Public Administration is strongly committed to the concept of participatory democracy and the development of civil society, which implies the inclusion of citizens and NGO organizations in social and political processes. Believing that the relationship between the state and civil society must be based on respect and partnership with civil society, we invest our efforts in building better, partnership relations with the NGO sector, greater transparency, and mutual information. Therefore, in the coming period, we will strive to create a favourable environment for the activities of civil society, to encourage civil society to influence public policies even more“, he pointed out. Camaj announced a public call for the selection of NGO representatives for the new Council for the Cooperation of State Administration Bodies and Non-Governmental Organizations. “In relation to the further work of the Council, the expectations are that this body will be more influential and more promoted through concrete achievements within its competencies as an advisory body of the Government”, he said, explaining that this expectation is based on the fact that the opinions and attitudes of the Council are essentially and measurably contribute to better application of valid acts related to the work of NGOs and intersectoral cooperation and professional practice of state administration bodies in communication with the NGO sector. 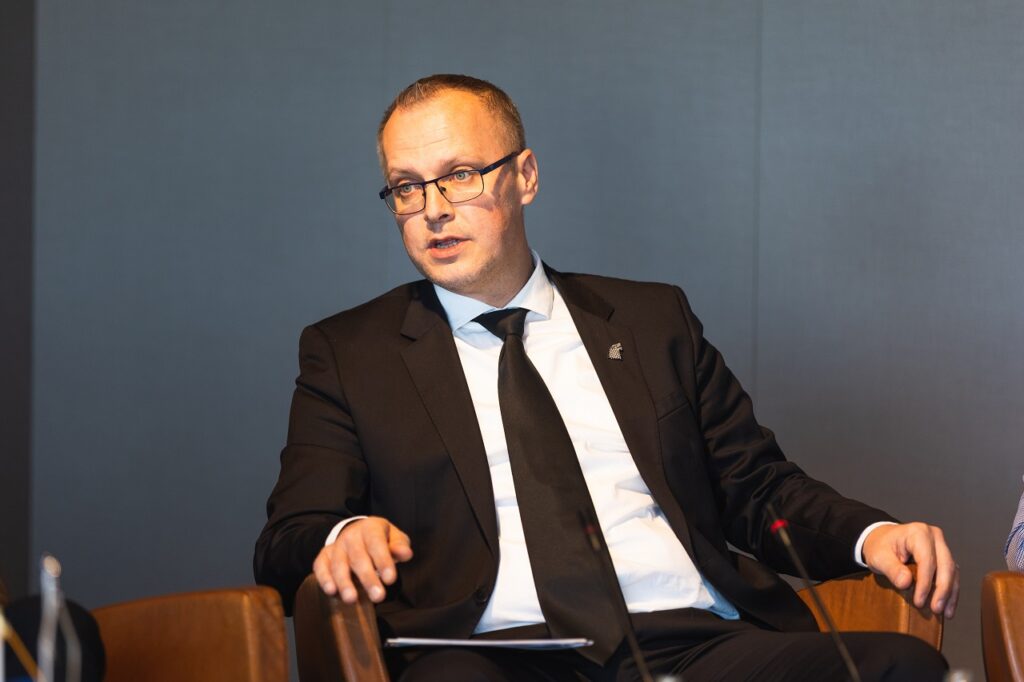 The round table is organized as part of the project CSOs in Montenegro – from basic services to policy shaping – M’BASE implemented by the CCE, in partnership with the German Friedrich Ebert Stiftung (FES), NGO Center for the Protection and Research of Birds (CZIP) and Politikon Network, in cooperation with the Ministry of Public Administration and Ministry of European Affairs of the Government of Montenegro. The project is financed by the European Union and co-financed by the Ministry of Public Administration.