Centre for Civic Education (CCE) carefully followed yesterday’s publication of the map of far-right and extremist groups in the Balkans by the BIRN team, which is controversial in the part covering Montenegro as it targets individuals and groups without convincing arguments, equalizing them with extremist structures, and that can have far-reaching consequences for those individuals and groups, but also Montenegrin society. 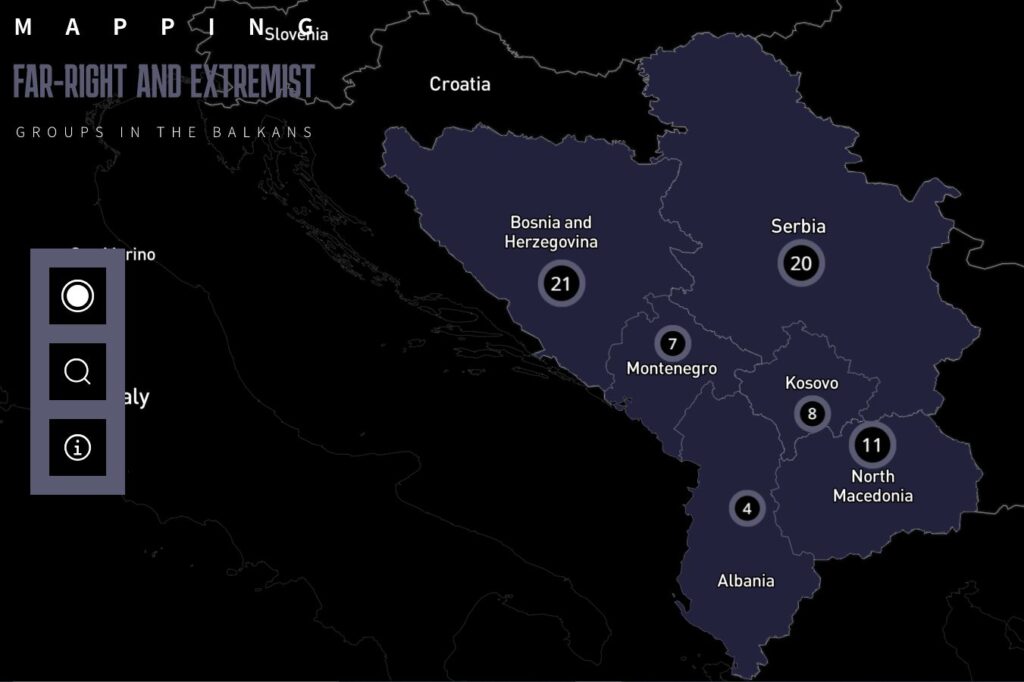 CCE assesses that opposing and preventing extremism, which is in fundamental contrast to the democratic values of tolerance and respect for human rights, is the base of sustainability of democratic societies. That is exactly what obliges everyone who is involved in the research of these phenomena to address it methodologically seriously and strictly observe the criteria and the use of valid and multiple-checked evidence when someone is labelled as an extremist threat. It is unprofessional and irresponsible to target individuals and informal groups of activists or outspoken critics of clerical and authoritarian government structures, the church and its activities in society, by equalizing them with organized and/or paid extremist and radical groups of religious organizations or circles close to them.

CCE warns that with such a superficial approach, this big topic is dangerously relativized. This deepens divisions in society and prevents a meaningful dialogue on the prevention of these phenomena, which should be the common goal of all actors in society, regardless of political and other determinations.

CCE stands on the position that if this map of extremist groups is not revised, when it comes to Montenegro,  could threaten the security and human rights of individuals and those who are listed as members of allegedly extreme groups, with an emphasis on Bogugodnice and the so-called Komite i patriote of Montenegro. Additionally, this can be limiting to the development of civic activism, freedom of speech and expression. Everyone in a democratic society has the right to express their opinion and to criticize certain phenomena and processes as long as they do not make untrue claims in public speech, discriminate or call for hatred and violence towards others and different.

For example, it is unclear how the group of Bogugodnice, which through parody addresses some actions of the Serbian Orthodox Church, patriarchal values and re-traditionalization trends, can be labelled as extreme. Parody and harsh criticism are healthy for any society and an atmosphere that encourages such approaches should be cultivated through civic activism, performance or artistic expression. Besides, it is one of the ways in which a critical spirit is built in society, objective doubt and questioning of norms and authority in order to crystallize the values that push society forward. Equalizing individuals and groups that contribute to it with extremists is harmful, unacceptable and dangerous.

Finally, the existence of such platforms and analysis established by BIRN is very important to oppose radicalism and right-wing extremism and the region, but only if there is no negative influence of diverted political ideas on such a platform, which, at all costs, try to create an artificial balance in listing extremist groups. Therefore, we call BIRN to revise the existing map so that it does not result in the devaluation and cancellation of a quality idea. Relativization is a deadly political weapon and much more penetrating than negation, and we believe that this was not the guiding idea of those who designed it, as well as those who supported this map.