Centre for Civic Education (CCE), in cooperation with portal “Vijesti”, and within the framework of project “EU news – get informed!”, supported from Communication budget of EU Delegation to Montenegro, organised a Training for editors and journalists of portal Vijesti on development of technique for reporting on EU and negotiation process between Montenegro and EU, during past two weekends. 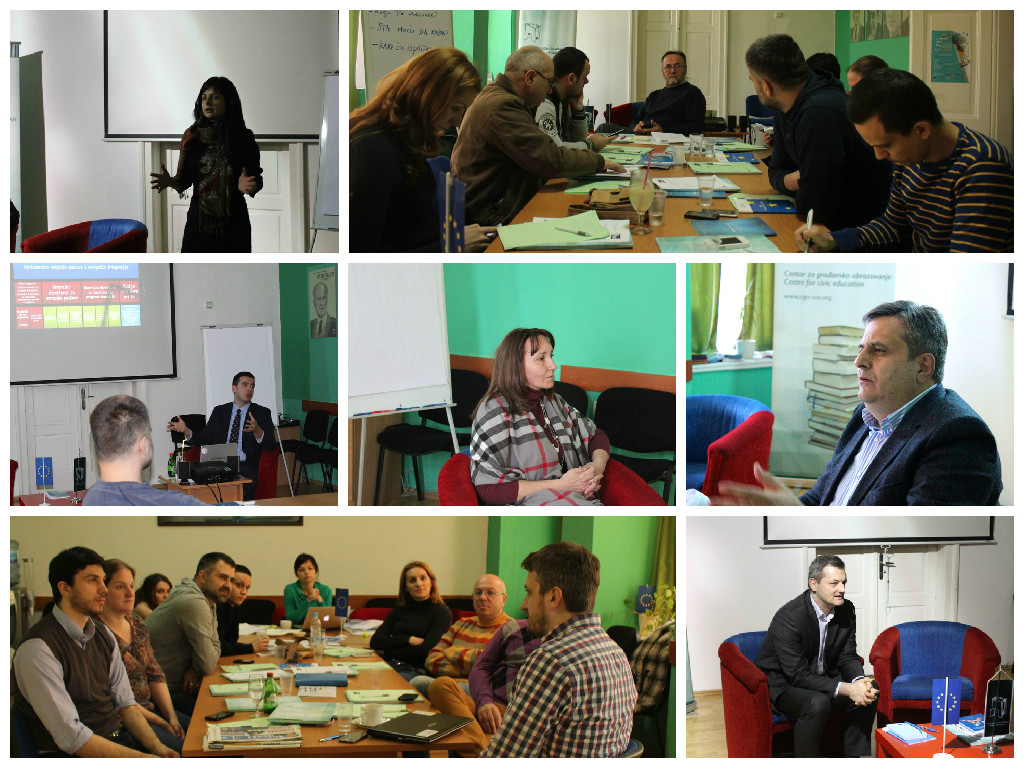 Second module was held on 14 and 15 March 2015. During this module, Slobodan Georgijev, Coordinator of Balkan Investigative Reporting Network (BIRN) from Belgrade and Dragoljub Duško Vuković, independent journalist, spoke on the notion and principles of investigative journalism, research process, manner of collecting documents and information, as well as of techniques of searching databases and writing investigative articles. Additionally, participants had the opportunity to discuss with lecturers on topics in which Montenegrin public is interested, regarding the EU and process of negotiation between Montenegro and EU, what can be regarded as news/story and how to report on this process in manner most receptive to citizens.

Project “EU – get informed!”, within which the training for journalists is conducted, aims to contribute to awareness raising, understanding and development of public dialogue regarding the EU, by improving the quality of available information on European Union and negotiating process, on web portals in Montenegro. The activities of the project are part of the Action plan for implementation of the strategy of informing the public on the accession of Montenegro in European Union during 2014-2018 period for 2015.