Today, Centre for Civic Education (CCE) with participants of XXI generation of Human Rights School commemorated the International Day of Tolerance by expressing the solidarity with France and families of victims of terrorist attacks in Paris.

Participants of XXI generation of Human Rights School, with the CCE activists and interested citizens, gathered in front of the Embassy of Republic of France in Podgorica in Atinska 35 at 12 o’clock sharp, and held a minute of silence to commemorate the victims, in same manner in which it was done across the European Union. On this occasion, they signed in the book of condolences in the Embassy, laid flowers and left their messages. 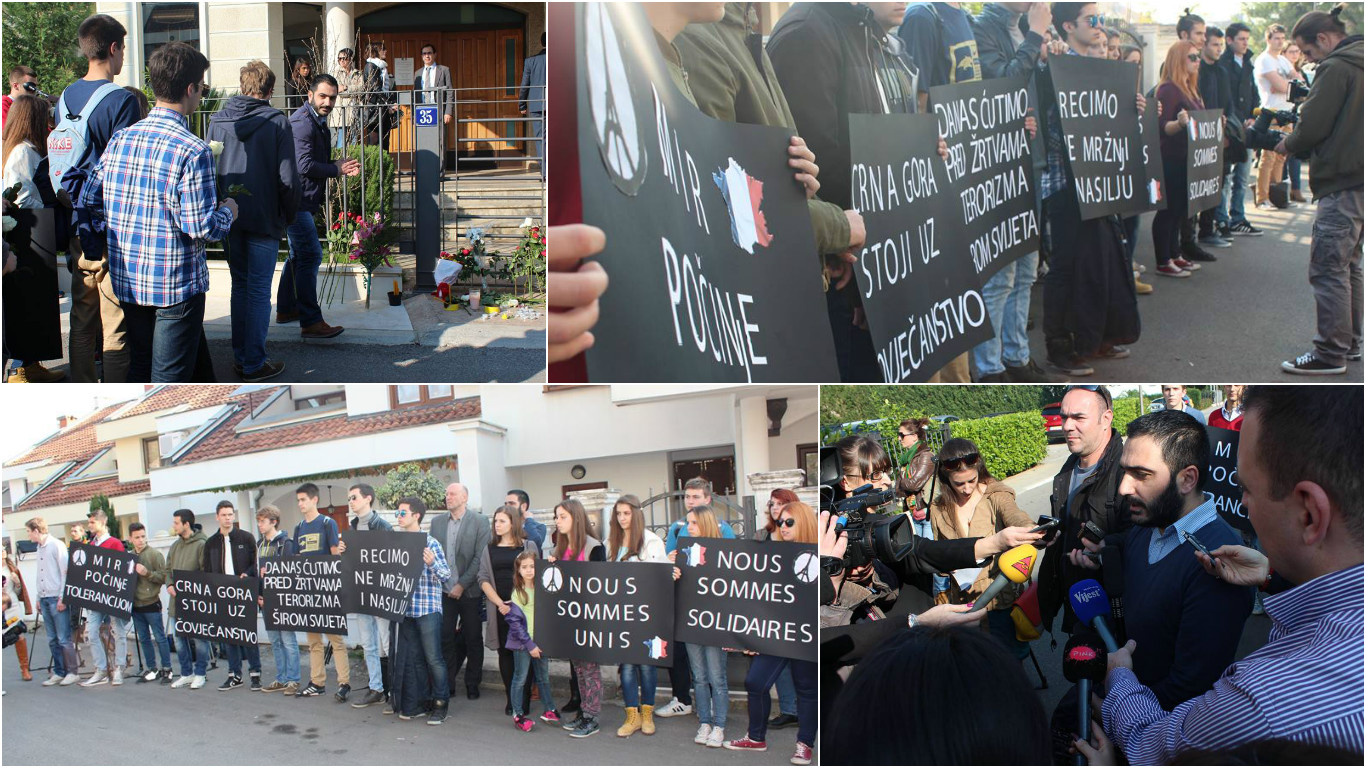 In addition to messages that condemned terrorism and hatred that cannot and should not be anybody’s religion, they called to solidarity, unity and tolerance. Participants of XXI generation of Human Rights School shared those same messages at the social media, within their preliminary created campaign for the International Day of Tolerance titled “Share the tolerance and that is for a like!”, which they expanded as their reaction to terrorist attacks in Paris.

Social media are spaces gathering large number of young people, as well as one of the most powerful channels that could significantly contribute to the development of awareness and knowledge on the importance of tolerance and speech freed of exclusiveness and hatred, focused on the promotion of acceptance of diversity as a resource and wealth. It is important to emphasise this after such crimes and to urge not to generalise the guilt for those same crimes, and that it is crucial to preserve the spirit of tolerance when fear and disappointment could affect the increase of distrust and mutual lack of understanding, thereby the outburst of additional hatred.

The work of the XXI generation of Human Rights School, organised by the CCE, is supported by the Embassy of United Kingdom in Montenegro.