Centre for Civic Education (CCE) underlines that by marking January 27 – International Day of Commemoration in Memory of the Victims of the Holocaust provides an opportunity to remind ourselves of the horrific aftermath of fascist ideology. It is also an opportunity for us to pause and contemplate on threats of fascism, which only violate human rights and hinder democratic development, to which we are not immune.

International Day of Commemoration in Memory of the Victims of the Holocaust should serve as a remark for us to discuss on the holocaust so that we could prevent other similar crimes from happening in the future. Unfortunately, wars are being waged throughout the world even as we speak, and there are leaders and followers who incite hate and who are prepared for the most horrific atrocities against the humanity. Hence, it is important to examine our past, face it adequately and condemn everything that came as a result of fascism and Nazism in order to secure higher level of sensitivity to justice, violence and violation of human rights which we, as well as the rest of the world, face nowadays. 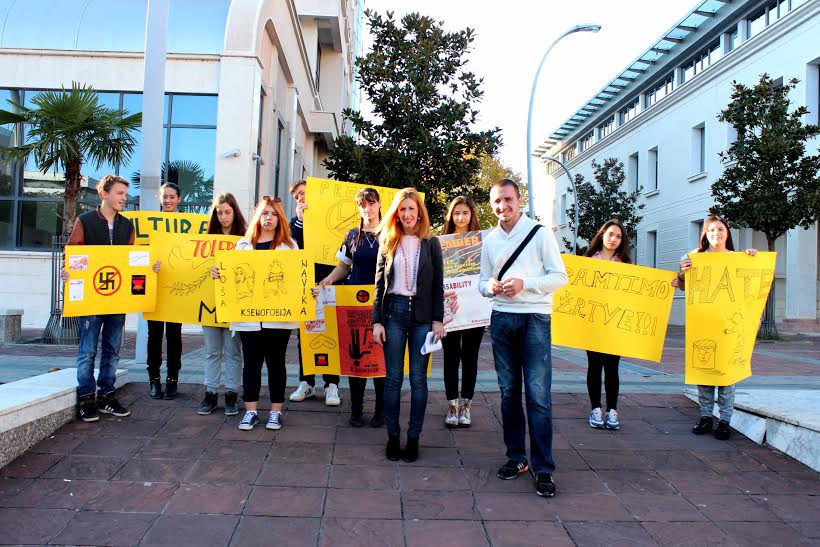 Establishment of the society able to resist the dangers of fascism is achievable through: non-selective implementation of law; efficient and timely reaction from state bodies in the defence of human rights and freedoms; as well as application of education system to convey the facts about all war crimes of the past to the future generation, and which CCE has been advocating for years both as an independent organisation, and as a referent organisation of the Coalition for RECOM, which should become a matter of general culture and education, so that we do not forget those crimes and prevent them from happening again. This entails the engagement of all social actors who could contribute in shaping the framework of values based on equal opportunities, respect of diversity and tolerance, solidarity and responsibility.

Tamara Milaš, CCE programme associate and spokesperson of Coalition for RECOM in Montenegro