Centre for Civic Education (CCE), in cooperation with the Friedrich Ebert Stiftung, organised a meeting with the representatives of civil society and Jozo Radoš, MEP and member of Stabilisation and Association Parliamentary Committee of EU and Montenegro (SAPC), within the project «European cafe», based on the principle of World Café method, on the subject “European Union and Western Balkans – yesterday, today, tomorrow?”

European café was opened by Daliborka Uljarević who discussed the impact of current affairs within the EU on the area of Western Balkans. “Today’s position of European Union, dominantly generated by economic crisis and crisis in political systems which empowers right-winged elements, has negative repercussions also for the transition process in Western Balkan states. Still, societies which foster the values of open society must find the strength, wisdom and democratic condition, and use the rule of law, human rights and freedoms to preserve and additionally strengthen the idea of integration as a superior one, compared to the narrow-minded and nationalist concepts”, stated Uljarević by emphasising the need to intensify the process of harmonisation with European standards and best practices. 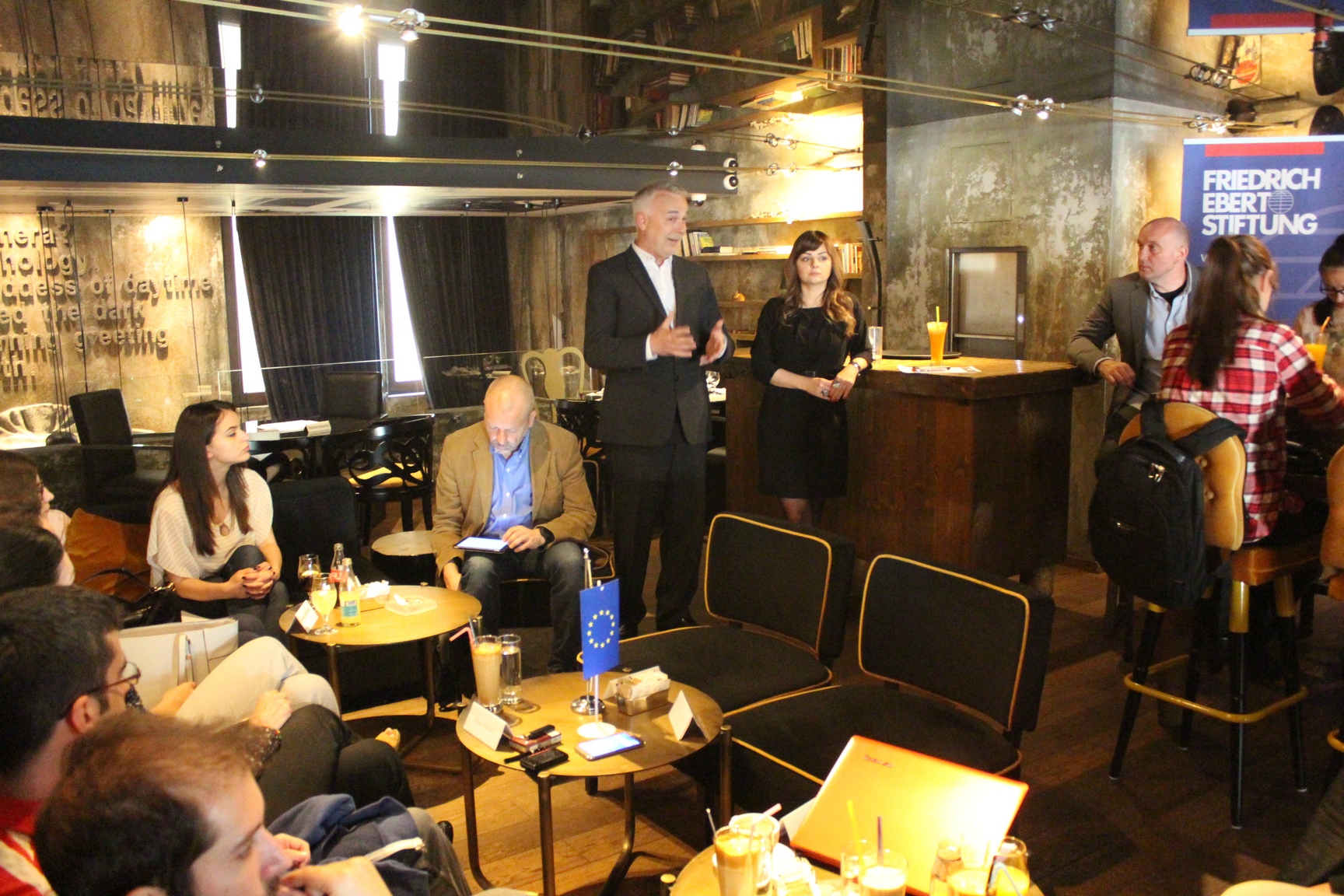 Jozo Radoš, MEP and member of Stabilisation and Association Parliamentary Committee of EU and Montenegro (SAPC), spoke about the challenges that EU is facing and pointed out that they undoubtedly affect the process of enlargement. European Commission and Council have limited capacities in terms of pressuring candidate states to meet the conditions requested during the process of negotiations, however, European institution keep a close eye, and assess the progress made by candidate state. “Accession in European Union is to the great extent of bureaucratic nature, hence the progress of candidate states mainly depends on the results achieved in the process of negotiations.” He reminded that Croatia became a full member state and established a whole network of democratic institutions, however not every institution performs at its best. “Civil society in Montenegro will always have room for constructive criticism and a specific viewpoint which Montenegrin institutions otherwise could not have. Contribution of civil society organisations is precious, both in the stage of adopting the law and in the process of accession in European Union, and it is in the interest of not just the state and society, but every good authority”, Radoš told. 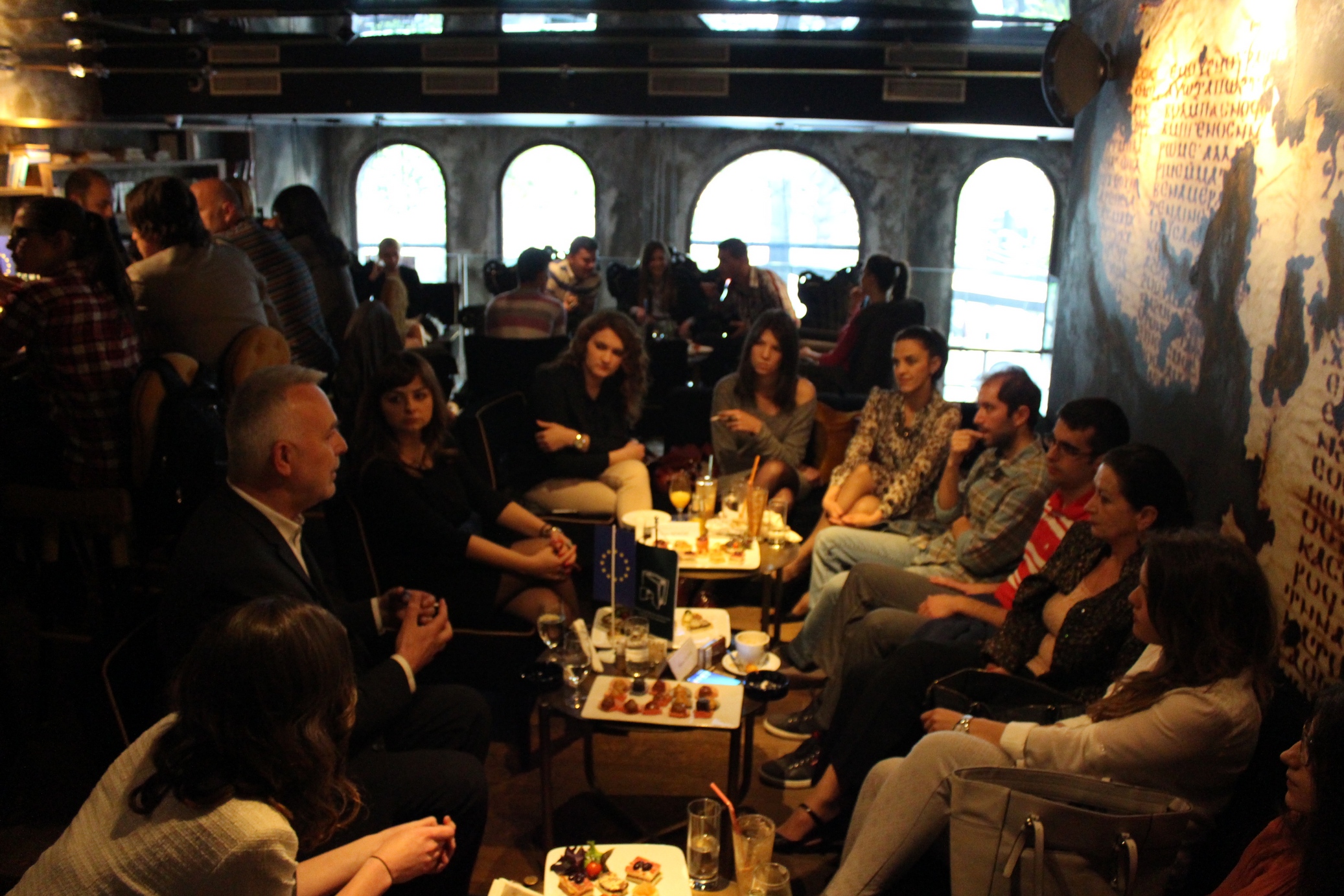 During previous year, CCE organised four meetings between the representatives of civil society and national and international decision-makers, within the European café. Guests of the European café were: ambassador Mitja Drobnič, Head of the EU Delegation to Montenegro, Aleksandar Andrija Pejović, Chief negotiator on the accession of Montenegro in EU, Gudrun Elisabeth Steinacker, Ambassador of FR Germany in Montenegro and Zoran Pažin, Minister of Justice in the Government of Montenegro. Meetings in 2016 began with the representatives of opposition of civic profile – Miodrag Lekić, President of DEMOS, Aleksa Bečić, President of Democrats of Montenegro and Dritan Abazović, Vice-president of Unified Reform Action (URA) who discussed with the participants whether the European values live in Montenegro, and how does the civic opposition advocate the same.

Objective of European café is to create a platform for open and fruitful informal discussion which would contribute to the improvement of cooperation between civil society organisations and institutions, intensify the communication, map the existing challenges and define the proposal for their solution, and inform on special aspects of process of accession, all through the discussion between the representatives of NGOs in Montenegro and other stakeholders of that complex and demanding process. During 2016, we will organise several meetings where the speakers will be the representatives of Montenegrin institutions, negotiating structure, diplomatic corps, political decision-makers, and other domestic and international experts from this area.

Meeting was attended by 35 representatives of civil society organisations.