Working group for the analysis and the improvement of bylaws of State Election Commission (SEC), previously established by the Centre for Civic Education (CCE), Association of Youth with Disabilities of Montenegro (AYDM), and Network for the Affirmation of non-governmental sector (MANS), today held its third session and determined draft of 41 amendments to five bylaws of SEC and defined the set of eight long-term recommendations for SEC. 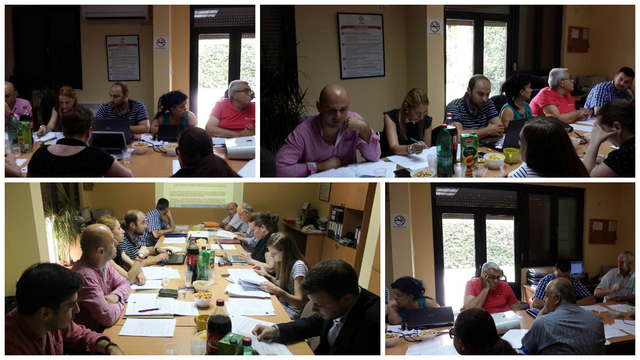 At today’s session of Working group they reviewed in detail the Rules on the determination and regulation of polling stations and on the measures which ensure the secrecy of vote, Rules of procedure on the work of State Election Commission and Code of ethics of bodies for the implementation of elections.

Amendments on rules on the determination and regulation of polling stations and on the measures which ensure the secrecy of vote define that cameras must be turned off on every polling station which has video surveillance, before the beginning of voting, as well as that they must me marked visibly, that rooms for voting must be arranged in such a manner in which every member of election committees and spectators must be able to see the screen of electronic device for the identification of voters, and try and reduce the number of polling stations in Montenegro where there are less than 50 voters.

In the part of the Rules of procedure on the work of State Election Commission they normed the procedures for the assessment of complaints, in order to avoid political outvoting, hence they recommended that SEC must conduct screening procedure for each complaint, and that it can use every mean of proof which corresponds to individual case in order to prove or refute the allegations in the complaint, such as the record on the work of election committee, performing an insight into the election material and official documents, witness statements, statements by parties, findings and opinions of experts, interpreters and inspections.

In addition, the amendments recommend that State Election Commission should make their sessions open for media, and that the records from the sessions of SEC should to be published on the site of that institution no later than 7 days from the day of adoption.

Amendments to the Code of ethics provide the possibility of bringing that act closer to professional standards than it was the case so far.

Also, members of Working group determined the set of long-term recommendations for the improvement of work of SEC, and they submitted a joint initiative based on which State Election Commission is obliged to determine the number of polling stations in Montenegro which are accessible to persons with disabilities, and to define a plan for the improvement of accessibility of those polling stations which they find to be inaccessible.

Constitution and work of Working group are part of the project “Fair elections free of corruption” financed by the European Union.