On the island of Rab, today was completed summer school Culture of Remembrance in Modern Europe, within which historians, curators, activists and artists from Poland, Germany, Serbia, Montenegro, Macedonia, Italy, Slovenia and Croatia, have been discussing challenges, possibilities and reach of culture of remembrance in different national contexts. From Montenegro, representatives of the Centre for Civic Education (CCE) Tamara Milaš and Isidora Radonjić have been participating, as well as Miloš Vukanović, curator of National Museum of Montenegro. 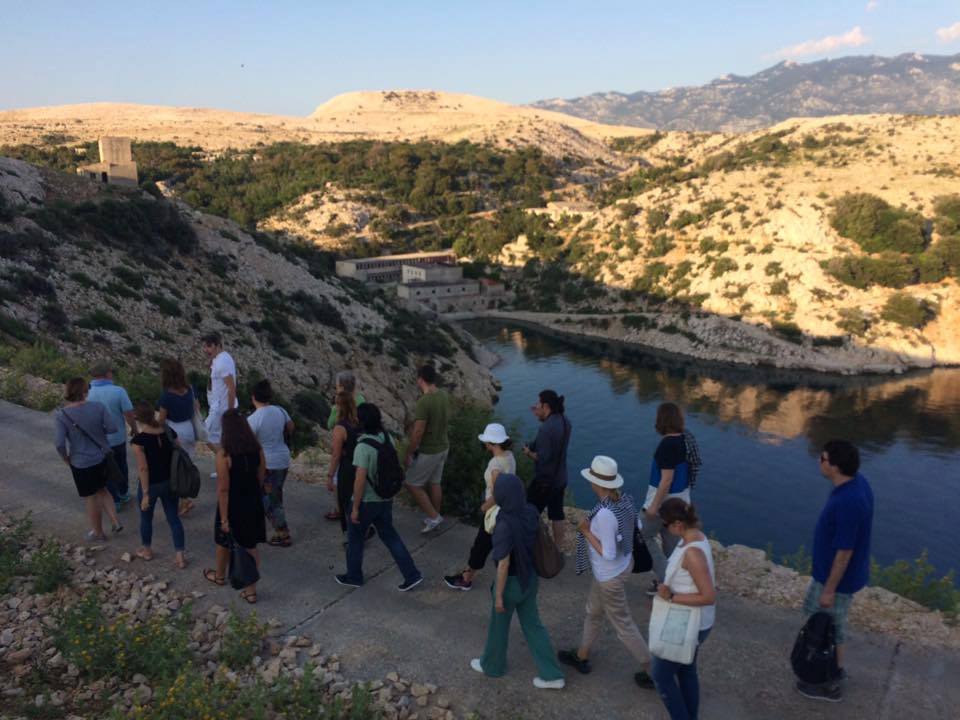 In the course of the School, which lasted from 29 June to 3 July 2016, the focus were remembrance of fascism and national socialism in the national contexts, but also political repression of socialist and communist regimes in Central, Southern and Eastern Europe, and in Yugoslavia, with reference to Goli otok. Moreover, there were numerous study visits organized, among which is the visit to memorial cemetery Kampor, cemetery of the Italian fascist concentration camp victims from World War II, in which were approximately 15 000 prisoners, mostly Croats from Gorski kotar, Jews and Slovenes. Participants also made a tour of Goli otok, infamous camp at the island of the same name which was established in 1949 for Yugoslav political prisoners at the order of management of Communist Party and national management.

Summer school was joined by 30 volunteers of working, educational, international, and volunteer camp „Landscapes of Remembrance“ who were, from 17 to 29 June, tending to park space in front of the former administrative building in the bay of Tetina at Goli otok, where they, in addition to work, have also undergone series of workshops on dealing with past and culture of remembrance.

Volunteer camp and Summer school are both activities within the framework of project „Personal faces of resistance and opposition to oppression in the 20 century in Europe“, that is lead by Centre for Dealing with the Past DOCUMENTA from Zagreb. CCE is a partner from Montenegro in this international project supported through Europe for Citizens programme of the European Union.