On the occasion of International Day of Non-Violence, Centre for Civic Education (CCE) indicates on the disturbing increasing trend of violent behaviour, hate speech and hate crimes in our society to which we recently witnessed, and on which the media reported.

It is especially concerning the sluggish and inadequate response from the institutions, often their negligence, which only bolsters the extent of violence with regard to victims and society as a whole, thus diminishing the gravity of violence perpetrated and encouraging the perpetrators to commit the same again. Such grim picture of poor institutional response illustrates the case of old lady from Podgorica who suffered for years the violence of her son and grandson despite her numerous appeals to institutions to protect her. We also recently had the case of brutal beating of a minor due to the alleged sexual orientation, whereby only one of the three bullies was punished with mildest sanction for violent behaviour, even though this was undeniably a case of hate crime for which a more severe sanction should have been imposed to participants of this violent act. Timely and efficient action from the institutions is a necessary prerequisite of suppression of violence in the society. 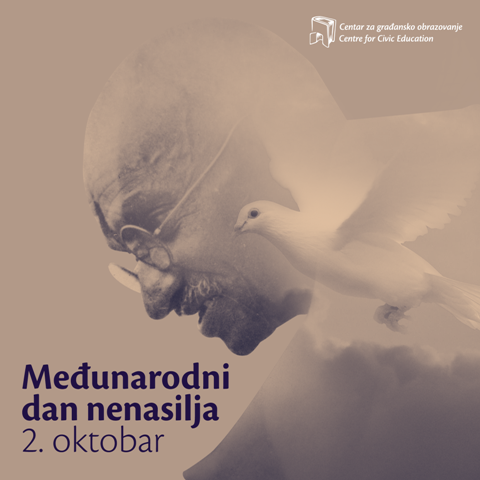 Intolerance toward everything and everyone who deviates from traditional norms of behaviour and opinion, authoritarianism and patriarchy, popularisation of violence through mass culture to which, unfortunately, our “cultural” offer has come down to, all of those are the features of our society and ground suitable for the growth of violence. In that sense, the education system plays a crucial role through the improvement and more efficient implementation of violence prevention programmes and development of culture of human rights, tolerance, non-violence or the skills of peaceful resolution of conflict in formal system, and the continuation and enhancement of current support to informal education. Virtual violence to which the young people are exposed requires the development of protective mechanisms through the enrichment of free time with new content which stimulates the expression of creativity and youth activism. Creating the conditions for the involvement of young people in decision-making process and resolution of issues within the communities is an important mechanism of prevention of peer-violence, or another way to ensure the necessary social support to young people so that they could grow up in a non-violent environment.

Strategic framework of fight against violence must be comprehensive and involve every segment of society, from family and schools to media, but also of appealing to wider social community and context in order to reduce the downside of broadest social, economic and political factors of occurrence and instigation of violence. Furthermore, we need to secure sustainable services of support and assistance to victims of violence and their families, but also to bullies, so that the system of social aid would affect the change in their violent behaviour.

The United Nations General Assembly (UN) established 2 October in 2007 as the International Day of Non-Violence and as an opportunity to “spread the message of non-violence”, with a resolution which confirms the “universal importance of principle of violence”. International Day of Non-Violence is commemorated on the day of birth of Mahatma Gandhi, one of the leaders of movement for the independence of India and the architect of philosophy and strategy of non-violent resistance. Gandhian principles of non-violent fight for the realisation of civic, political, economic and every other guaranteed right, have inspired many to contribute in the development of freedom and democratic society.