On the occasion of the International Youth Day – August 12, the Centre for Civic Education (CCE) points out that young people in Montenegrin society remain marginalized, with limited opportunities for quality education, employment and professional advancement, and hence the construction of conditions for independent and dignified life in Montenegro, and therefore it is not surprising that there are more and more those who want to leave Montenegro.

According to the 2011 census, young people from 15 to 29 comprise 21.4% of entire population in Montenegro and thus represent one of the largest, but also unseen, social group. 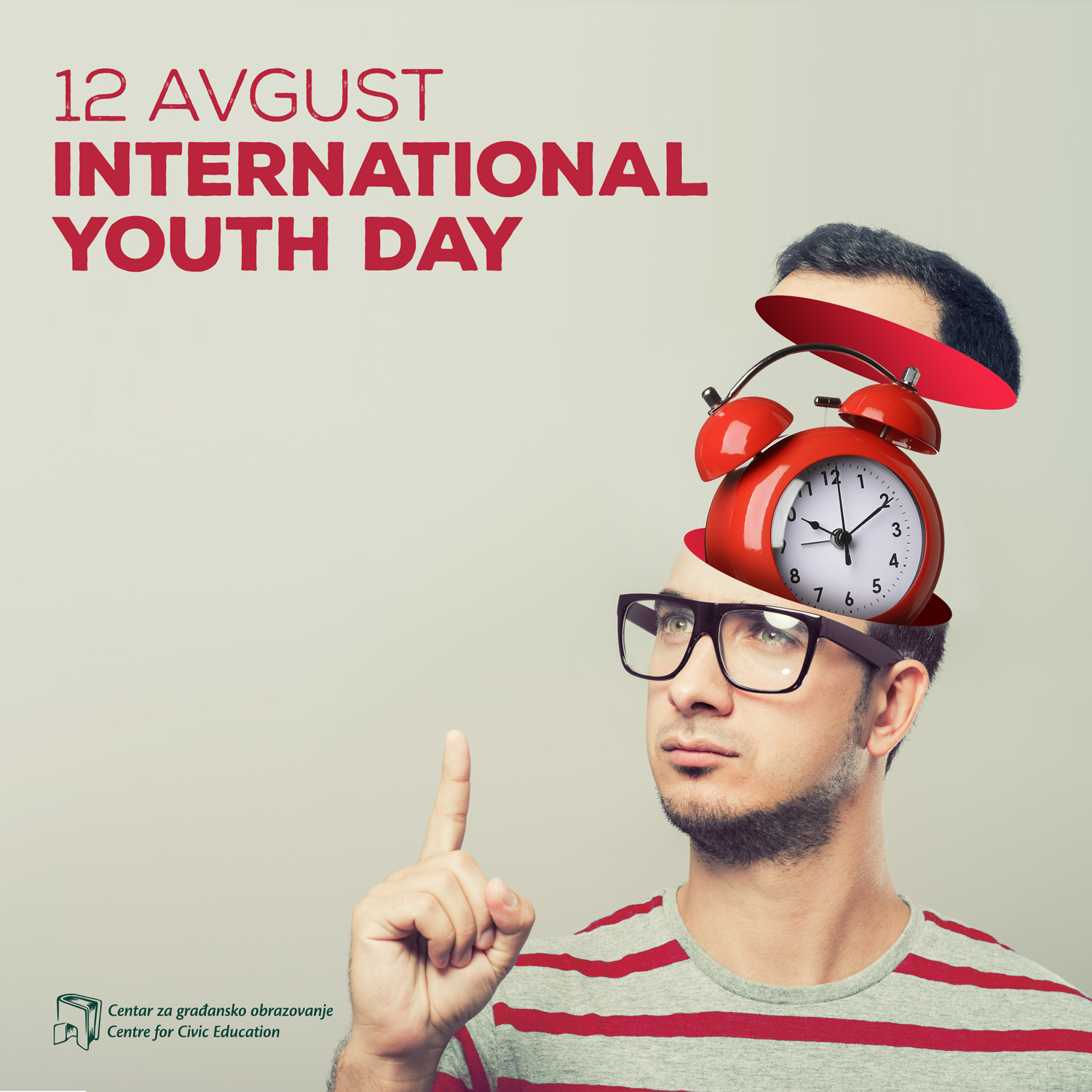 In the current economically disadvantaged and value-collapsed social context in which they are formed, young people are becoming more and more apathetic and uninterested to change the situation in which they live. This was indicated also by a research Youth in Montenegro – social decor or social capital?, the first of its kind in Montenegro, which CCE conducted in the fall of 2016. As per research findings, participation in civic initiatives, and political activism are at the bottom of the chart of important issues amongst young people. In the long term, if this trend continues, we can not expect young people to be drivers of positive changes in Montenegrin society, nor to stand up for their better position. Research has also shown that young people have predominantly pessimistic attitude regarding their own influence on functioning of institutions at the local as well as national level. Thus, only 35% of young people think that their voice has an influence at the national level, while the attitude about the power of their own voice at the local level is slightly more positive (44%). Mistrust of political parties in general is extremely high – 64% of respondents stated that they very little or not at all trust political parties in Montenegro. This may significantly be a result of the fact that representatives of political parties that often, especially in pre-election speeches, remind society that “the world remains on young people”, actually rarely include young people in the process of creating and shaping party policy or decisions. Also, young people remain out of focus of key political subjects that do not show systemic attitude, followed by concrete solutions, with precise and achievable goals for improvement of the status of young people in Montenegrin society.

Young people in Montenegro are not an imaginary future of society, but their present and their activities at the present moment are of crucial importance both for themselves and for future generations. Unfortunately, it seems that young people do not perceive society in which they live as a community which they belong to, as indicated by the survey data showing that almost half of the young people dream of leaving Montenegro which represents a cause for concern.

CCE has repeatedly warned that insufficient provision of opportunities to young people to engage in the process of shaping youth policies leads to ineffective implementation of these policies while rendering them meaningless. By young people participating in decision-making processes, on principle of co-management, they are acquiring a sense of responsibility, self-confidence and competitiveness, developing their values through choices they make and the initiatives they submit, and, most importantly, they are becoming active citizens who are ready to contribute with their time, ideas and talents to improve the community which they live in.

Growing up and transition to the “adult world” for young people in Montenegro is becoming more and more complex. Formal education lasts longer, it is not qualitative or competitive in the labor market in Montenegro, and even less outside its borders, thus increasing the unemployment rate among young people. There is also a large number of young people from Montenegro who, by using different programmes, are acquiring all or parts of their higher education abroad at the most prestigious world universities, and who remain in those countries because their knowledge is appreciated there. In this context, the CCE calls on the Government of Montenegro to create a comprehensive database of Montenegrin students who have studied or are studying at high-ranking universities, and to contact these young people and offer them to apply their knowledge in Montenegro as well. Montenegro has no luxury to give up on its best personnel or even at least not to cherish relations with them so that, according to their capacities and interests, they could provide assistance in revitalization of Montenegrin society that is abrogated by ossified particular and party interests in a manner that the young people no longer see their future in it.

The UN General Assembly adopted by a Resolution 54/120 the World Youth Ministers’ Conference Recommendation to declare 12 August as the International Youth Day. This day is conceived as an opportunity to recognize the potential of young people, celebrate their achievements and plans for better engagement to successfully carry out actions that influence development of their society, and to point out the importance of involving young people in decision-making at all levels.