The Centre for Civic Education (CCE) and the Coalition for RECOM, with regard to the International Day of Peace, which is marked on 21 September, invites presidents of post-Yugoslav countries to sign the agreement on foundation of Regional Commission for the establishment of facts about war crimes and other serious violations of human rights committed in the former Yugoslavia from 1991 to 2001 (RECOM) and thus contribute to building of good-neighbourly relations, to public acknowledgement of all victims which is a prerequisite of good faith and peace building, and at the same time a guaranty that the war crimes won’t repeat.

It is a duty of presidents and governments of post-Yugoslav countries to secure a permanent peace in the region, and the establishment of RECOM has great potential to support them in that direction. 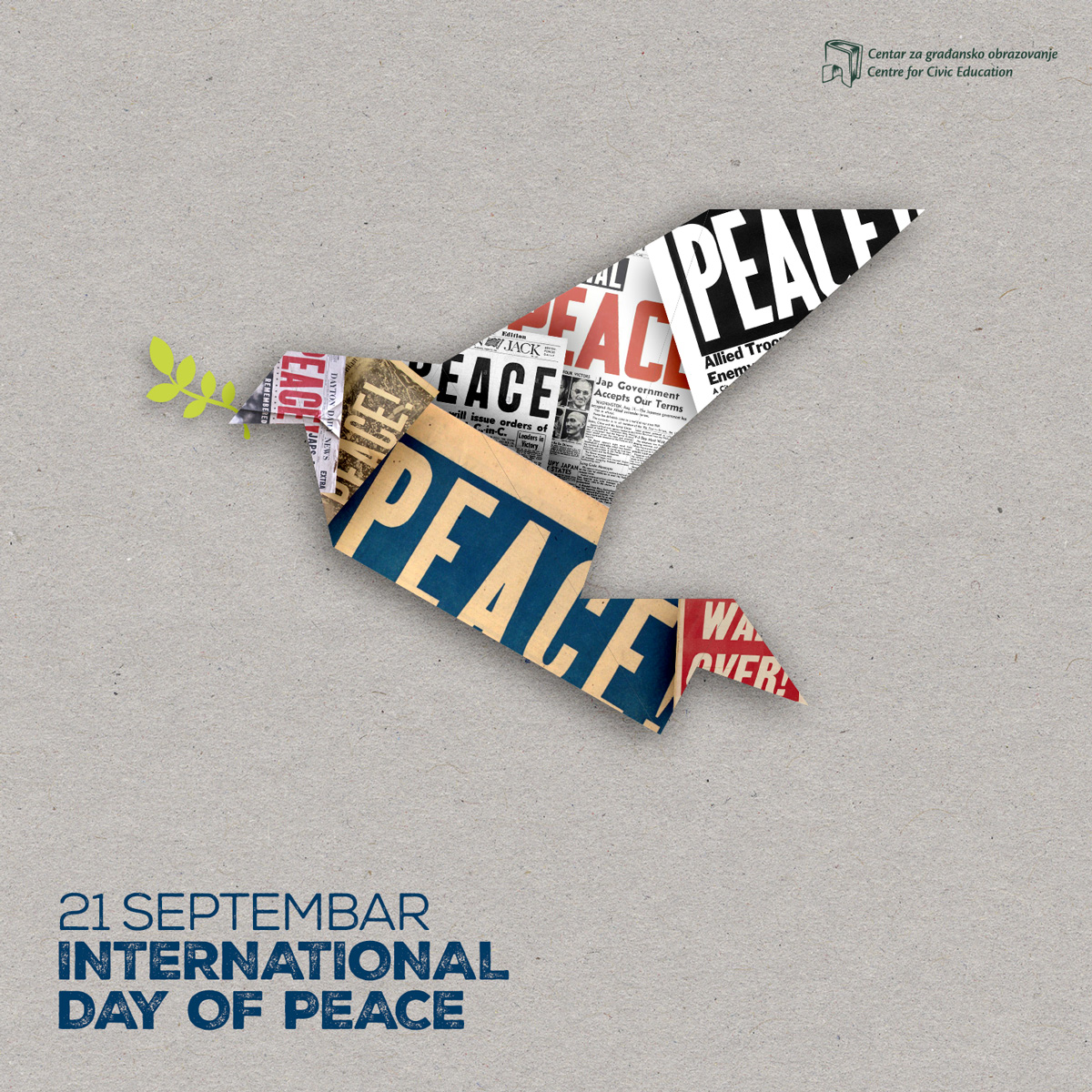 We remind, that the Initiative for the establishment of RECOM has become a part of the Berlin Process. Namely, in the final Declaration of 2017 Western Balkans Summit in Trieste the role of RECOM has been recognised as unique regional mechanism which is a link between successful regional cooperation and reconciliation in the region.

The CCE, as a reference member of the Coalition for RECOM in Montenegro, is continuously working to maintain issues of facing the past and establishing of lasting peace in the public discourse. There are still strong efforts to systematically ignore the issue of dealing with the past in Montenegro, as well as to avoid a dialogue between different stakeholders. The Coalition for RECOM, in addition to strengthening regional dialogue, is a valuable support to our activities in Montenegro to be a voice that reminds the authorities of a need to prosecute those responsible for war crimes, to monitor their work, not to stop seeking justice for the victims, and also to influence systematically and preventively through numerous cultural and educational programmes in order to establish a culture of remembrance.

Montenegrin society, as well as societies of former Yugoslav counties, has been trying to transform itself from state of war destruction, killing and hatred to society of stable democracy, tolerance and non-violence. In order to avoid ignoring the truth about the recent and not very bright past, the CCE uses the opportunity to appeal to individuals, organizations and the entire society in order to promote, by its modest action, peace and to commonly spread the idea of the peace, what is the purpose of the International Day of Peace as well.

The International Day of Peace, which was established in 1981 by the United Nations General Assembly resolution, is observed around the world nowadays. With that resolution 21 September is established as an ending of conflict and a non-violence day on a global scale.