Today, at the second panel of the regional conference “Stabilicracy or Democracy?”, organized by the Centre for Civic Education (CCE), in cooperation with the Friedrich Ebert Foundation (FES), he has assessed that Montenegrin politics is deeply divided on one hand on Democratic Party of Socialist (DPS) and political parties that support it, and, on the other hand, on opposition that, as he said, found the boycott of the parliament as an integrative point.

“Politics in Montenegro nowadays is captured by this division, which prevents emergence and development of some third political forces which makes Montenegro politically poor in this moment. And I do not see it as good”, Pavicevic pointed out. 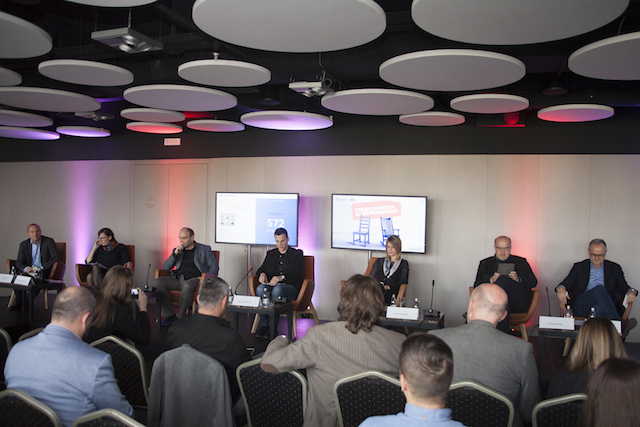 According to him, government in Montenegro primarily survives thanks to the foreign policy programme, the state-building legitimacy and reliance on charisma and influence of DPS leader Milo Djukanovic.

“The opposition has undoubtedly collective political power. But tenuity of the opposition is that it is visibly divided into programme lines. From this description emerges a description of inability of opposition’s alliance to finally achieve possibility of change of power in Montenegro”, explained Pavicevic.

In order to claim that there is stabilicracy in Montenegro, it is necessary, as he said, for an autocrat to exist, i.e. a dictator within the political order.

“In my opinion, there is no dictator in Montenegro. Djukanovic and DPS never had 51% of voters’ support on their own. Secondly, the most influential media, which are most closely monitored, are not under control of either one person or one political party. And thirdly, I think that in Montenegro there is NGO whose influence is large and obvious. And the most significant influence have those NGOs that have critical approach to government”, Pavicevic believes.

Executive Director of the Centre for Development of Non-Governmental Organizations (CDNGO), Ana Novakovic, assessed that it is characteristic for entire region that the most influential political leaders perceive civil society as ‘necessary evil’.

“It is a worrying statement of Montenegrin Prime Minister Dusko Markovic that NGOs in Montenegro are engaging in abuses daily, because they live from donations, and not from real field activities”, stated Novakovic.

Political leaders who have the greatest influence, as she believes, do not know what civil society is and how to treat its role in the community and how important it is for development of all democracies.

Editor-in-chief of Radio Antena M, Darko Sukovic, said that there is such a ‘medley’ of media in Montenegro that it is impossible to hide any event.

“Nothing can remain hidden. But the big question is – can we say that Montenegrin citizens are well informed, since the vast majority of media resorts to some models that can not be considered respectful of the standards. You should differentiate factual genres from analytic ones”, said Sukovic.

He said that in most Montenegrin media, he does not recognize primary media desire to inform and educate the public.

“You are trying to convince people today about what interests of the owners or their close centres of political power is. There are very few of those for whom I would say that they respect professional standards”, concluded Sukovic.

President of the Centre for Investigative Journalism of Montenegro (CIJ MNE), Milka Tadic Mijovic, said that in the countries of the region, it is often not possible to distinguish between political, economic and criminal elites.

“Instead of actual transition of the system to democracy, strengthening of autocratic regime occurred, as well as cessation of economic reforms, destruction of social resources and, in particular, destruction of nature. According to the UNDP analysis, Montenegro has the largest difference between the rich and the poor in the region”, said Tadic Mijovic.

In Montenegro, as she said, erosion of freedom of speech, censorship and self-censorship is gaining momentum.

“An organized verbal violence against those deemed unsuitable is being exerted. Under special pressure are representatives of Radio Television of Montenegro, who are trying to escape the control of party elites and move from dead point from party television to the Public Service”, assessed Tadic Mijovic.

Coordinator for Development in CCE, Damir Nikocevic, believes that citizens of Montenegro and the region are facing a rising populism of political leaders, and that, as he pointed out, tabloid media have significant dominance over professional and investigative journalism.

“NGO sector and media function in the labyrinths of complex political relations. The real state of parallax stability is being concealed in which media are endangered both financially and politically, and in which there are unequal criteria towards critically oriented NGOs in relation to those who see themselves close to power”, Nikocevic stated.

Programme Coordinator of Demostat and columnist of daily ‘Danas’ in Serbia, Zoran Panovic, said that in this country, 61% of citizens who were questioned is authoritarian.

“This is one situation that seems devastating to one society. When we look at the number of authoritarian people who live in one society, it shows that it goes far beyond of number of parties or layers of society that are considered to belong to authoritarian type”, Panovic explained.

Research in Serbia, as he added, showed that 25% of respondents had negative attitude towards democracy.

“And 56 % of citizens are not aware what democracy is. Thus, discussing some democratic consciousness is rather troublesome. Furthermore, attitude towards political parties is also audacious. We in Serbia have large crisis of parties as foundations of political system”, Panovic said.

After 27 years since establishment of multipartism, as he said, Serbia is in a dilemma whether multipartism is at all needed.

“We still have a system that can be called the system of a dominant party in a strong authoritarian structure after 27 years”, Panovic pointed out. 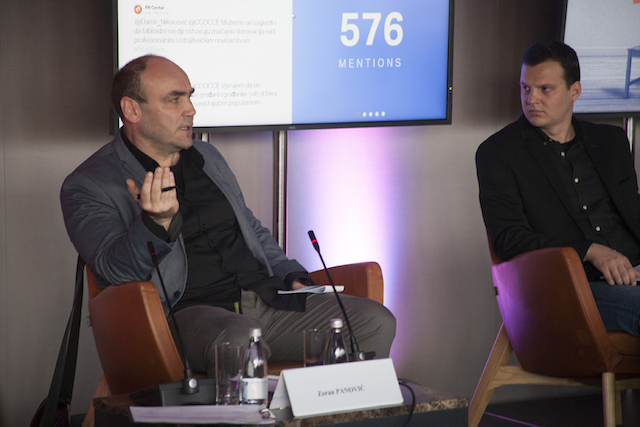 Founder of the magazine ‘Dani’, journalist and lawyer from Bosnia and Herzegovina, Senad Pecanin, assessed that system of values on which internal social relations, relations with neighbours and international community would be based has not been established in the countries of region.

“We in the region can not reach consensus on elemental issues of our closer and more distant past. In the European Union (EU) there are internal democratic corrective elements that still manage to preserve a minimum of social consensus. Unfortunately, this is not the case here”, Pecanin said.

The EU’s attitude towards the region, as he said, is based on principles of their own, global interests and pragmatism.

“Precisely this third crtiterion is what makes us, as citizens of these societies, very furious, and that is the fact of choosing between stability and lack of a democratic deficit that is brought by the current power and a complete democratic uncertainty plus a loss of stability that we have in case of seeking partners among the present opposition”, explained Pecanin.