The Centre for Civic Education (CCE), on the occasion of the International Youth Day, on 12 August, reminds again that only active participation of young people in decision-making processes of importance for their future can affect the essential improvement of the position of youth in society. 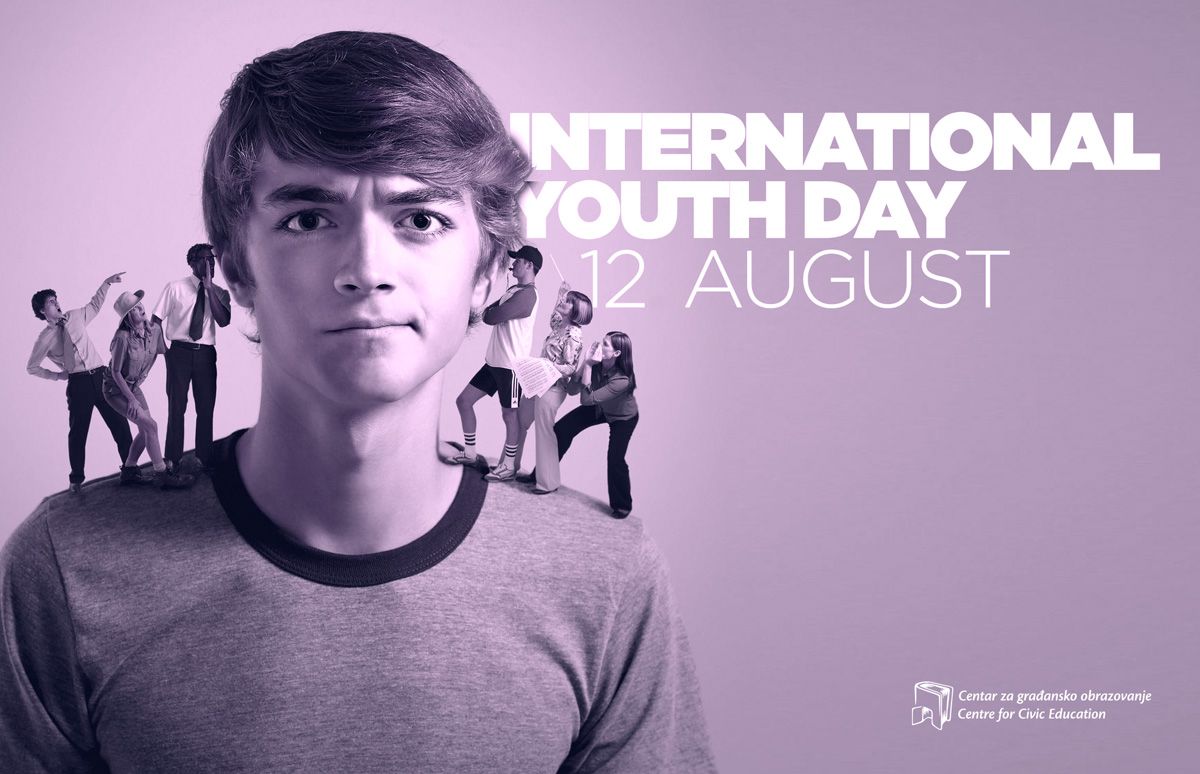 The results of research on youth in Montenegro indicate that young people, despite their potentials, are increasingly losing interest in any socio-political engagement in order to change to the better environment in which they live. An important part of the causes is within the educational system that does not encourage activism. Additionally, Civic Education was reduced to the elective from a regular and compulsory subject. And, exactly this subject had most potential for learning youth about principles of democratic political culture, development of communication and advocacy skills, as well as critical thinking. Thus, young people, through a formal education system, do not have opportunity to be prepared to recognize current problems and, consequently, to take personal action towards changes in society and addressing the challenges they face.

It is particularly concerning the fact that young people have no trust into institutions of the system, and they recognize they are often the subject of their manipulation and instrumentalization. In Montenegro, the view on young people is still not a look at the potential, but rather a look at a certain “problem”. The fact that young people are not a problem themselves is neglected, hence it is necessary to work on solving concrete problems that young people are facing and which they – and not someone else on their behalf – have recognized as such. Youth can not only be a “resource for the future”, they must be participants who, through their potentials and activism, contribute to the improvement of the current social and political life.

Unfortunately, the draft of the new Law on Youth, which until recently was in public debate, did not recognize the importance of supporting youth activism, which is limited by the proposed complicated and bureaucratic draft solutions. For example, youth organization can be established only by non-governmental organization, student parliament of the organizational unit of university in Montenegro, or pupils’ parliament established in a high school. In practice, this means that young person who wants to deal with youth issues outside of existing structures can not actually do so, but must belong to the already formed organisation in order to establish youth organization that will have the status of legal entity and its governing bodies. Also, the prescribtion of the conditions for establishing youth organization, which, among other, states that the youth organization must have a space for administrative operations when it is established, is problematic. Finally, the draft law also limits membership in youth organizations and, therefore, the ability to deal with various forms of social engagement in several organizations. These are just some of the provisions that undoubtedly limit the freedom of association of young people, hinder their creative development in several fields and do not motivate them to be more active in society.

The CCE hopes that many reactions to this legal text will have an impact in order to improve it in the final version and provide an incentive framework for encouraging young people to activism, rather than serving to encourage apathy and perception of young people that they do not belong to this society. That is why there is a special responsibility on the institutions to provide space for the development of young people in full capacity, whose integral part is the inclusion of young people in decision-making processes that directly concern them.

By a Resolution 54/120, the UN General Assembly declared 12 August as the International Youth Day and  by its markin git puts focus on efforts of young people in shaping contemporary society. This day is conceived also as an opportunity to recognize the potential of young people and their activism in contribution to the communities which they belong to. Theme of this International Youth Day is Safe Spaces for Youth.