On the occasion of International Day of Democracy – 15 September, Centre for Civic Education (CCE) noted an ever more visible democratic deficit and ever more unfavourable environment for development of democratic values and standards in Montenegro.

The continuing internal crisis – political and economic one – are weakening the capacity of Montenegrin society to, via dialogue, cooperation and, where possible, consensus – reach a solution for the public interest, precisely whilst some of the most demanding reform activities have to be carried out. Instead of developing democratic political culture, we have the so called facade democracy – proclamation of the state as a democratic one, although it is only a ‘cover’ for abuse of public powers and resources, strengthening corruptive clientelistic networks, concerning narrowing of the space for argued social criticism, irresponsible ethno-political appearances and essential neglect for citizens’ safety in a society in which organized criminal groups are increasingly showing that they are more powerful than institutions. 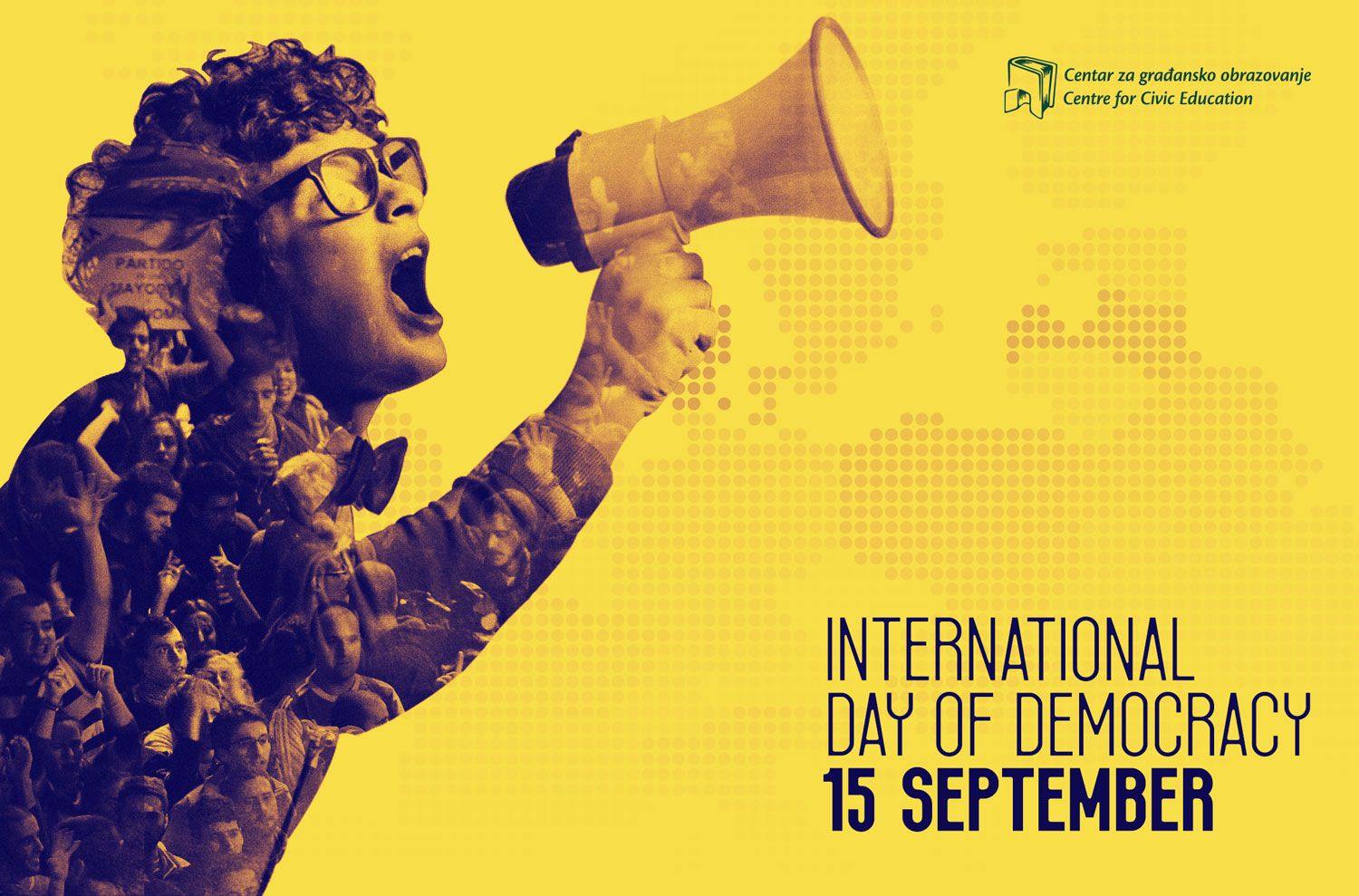 In the year when the United Nations warn that democracy around the world is under strain and that solutions to systemic contemporary problems need to be found, it is important that we in Montenegro open a debate of various stakeholders about (non)quality of democratic processes through which we have been transiting too long. For it is precisely the democratic order which is a base and connective tissue which both functionality of the rule of law and overall living standard of citizens depend on. It is in everyone’s interest not to let this tissue rot, but to consciously work on its healing.

The UN also warns of the need for today’s societies to tackle economic and political inequalities, making democracy more inclusive by bringing more young people and marginalized groups in the political system. The findings of the CCE research indicate that young people are not sufficiently involved in the political life of the state, and they have the least trust in political structures, institutions and individuals. Certain marginalized groups, such as Roma, persons with disabilities and others, are still not represented in the highest representative body of Montenegro, and their voices are not heard enough.

During 2018, we witnessed the intensification of abuse of public resources for personal and party-coalition purposes at the expense of citizens. Furthermore, the first half of 2018 was marked by brutal smear campaigns against critically oriented non-governmental organizations and individuals which are receiving the contours of authoritarian regimes, that are further destabilizing the Montenegrin path to democracy, since it is systematically being attempted to exclude a significant control mechanism in the form of NGOs as citizens’ voice. Similarly, media and journalists who have a critical deviation when reporting about the authorities suffer pressures and attacks that remain inadequately investigated, which sends a message that it is permissible to use all the means in clashing against those who do not agree with the authorities.

All this is clearly visible from the outside as well. Thus, in the annual Democracy Index, which is produced by reputable The Economist, Montenegro is positioned in a group of countries with a hybrid regime, and there is only one degree separating it from entering a group of authoritarian countries, and in the regional context, its position in this Index is among the worst. As a reminder, since 2006, Montenegro is falling down the ranks as per democracy, despite the rhetoric of the government about adherence to democratic values, democratic future of Montenegro, because this rhetoric is being nullified by practice.

It is, therefore, crucial for us to, with joint efforts, and with the inclusion of all stakeholders, open the necessary social dialogue based on arguments via which this society will be led to the level of elemental democratic functionality.

In 2007, the United Nations General Assembly proclaimed 15 September the International Day of Democracy and called upon all member states, as well as governmental and non-governmental organizations to mark that day as a day for fighting for the realization of democratic ideals.