Podgorica, Press Service – FAST FORWARD Festival will continue to educate audience about importance of human rights, and for this year’s edition there was great interest noted, while during five days, 15 film premieres were shown.

This was during closing of ninth FAST FORWARD Human Rights Film Festival, stated by Director of Festival, Milos Knezevic, pointing out that films have provided the audience with strong messages, which had an objective to raise awareness on importance of human rights. 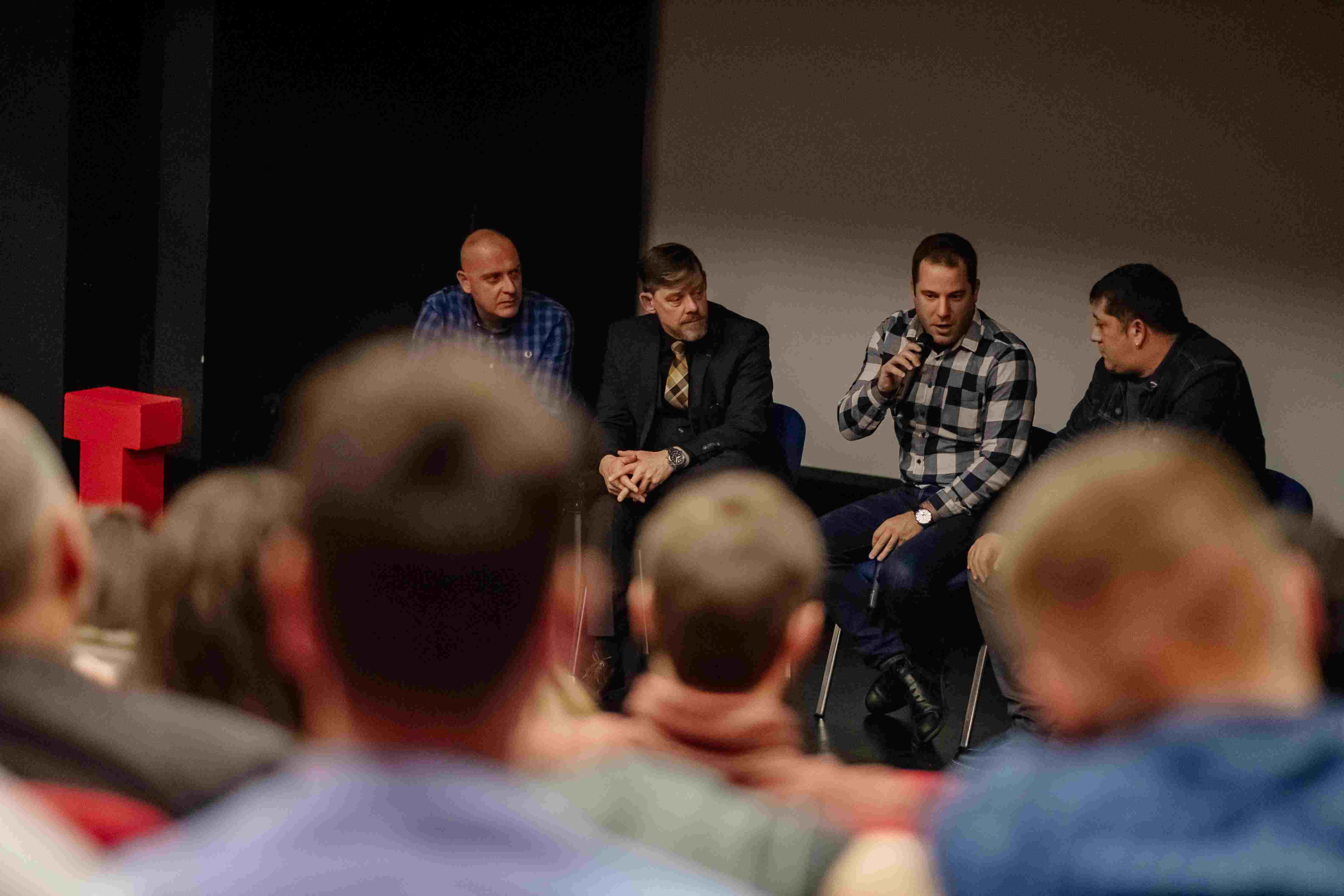 ’I hope that with all these films we managed to demonstrate the moto of Festival – and this is that we have definitely watched the films and that we have definitely remembered something from them. We will see this when we find ourselves in a situation that our human rights are violated or the rights of someone who is close to us’, stated Knezevic.

He said that response of audience was excellent.

’I am glad that audience in Podgorica is still, with impatience, waiting for FAST FORWARD Human Right Film Festival. The same is with Berane and Kotor. We have had screening in Gymnasium ’Panto Malisic’ in Berane this year as well, and we discussed with high-school pupils about topics concerning human rights’, highlighted Knezevic.

He stated that Festival will still, in addition to screening of film premieres to Montenegrin audience, keep itd educational function which is necessary to be nurtured on especially among young generations, as he conveyed.

FAST FORWARD Festival, which lasted from 9 to 14 December, was closed by screening of ’Enkel’, by Aleksandar Reljic, who presented to Montenegrin audience the story of former inmate Eva Mozes Kor, who survived deadly Nazi experiments of doctor Josef Mengele, and symbolically adopted Auschwitz commander’s grandson, Rainer Höss, who today fights actively against fascism and antisemitism.

Film Director Aleksandar Reljic and film protagonist Rainer Höss, Auschwitz commander’s grandson, were guests of the Festival and after the film screening, they had Q&A session with audience, moderated by historian Milos Vukanovic. 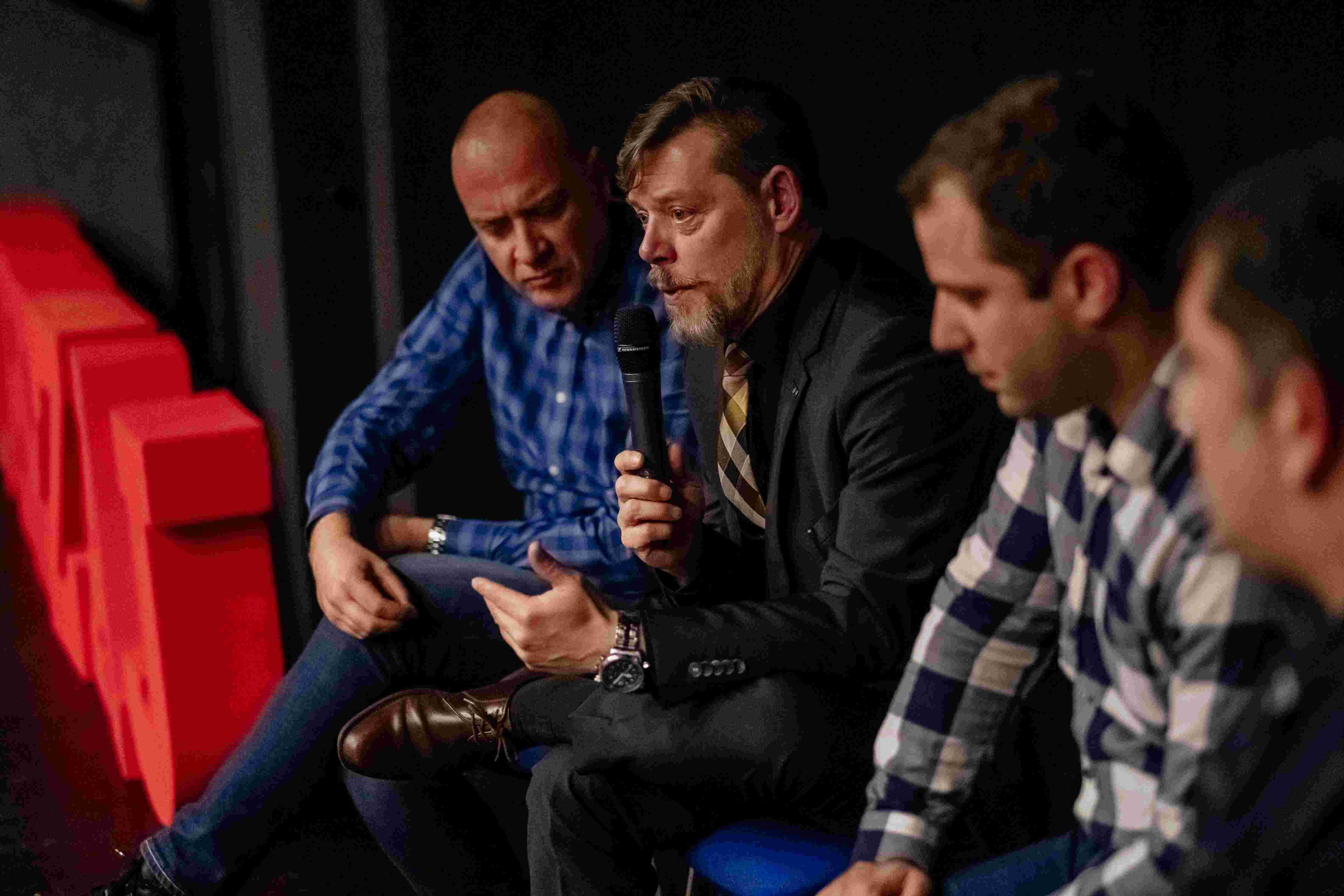 While speaking about motives of work on this film, Reljic clarified that he has been dealing previously with the topic of Holocaust and crimes committed in Second World War on territory of former Yugoslavia.

’I worked on special documentary show ’Auschwitz – Yugoslav Memory’ and was interested in what is today’s relation towards this phenomenon, after the war, bloody disintegration and war crimes committed on territory of former Yugoslavia, in the context of covering up and relativisation, not only of crimes from nineties, but also from Second World War’, stated Reljic.

He reminded that there is an attempt of rehabilitation of war criminals, reduction of their importance in last ten years in Serbia.

’I came upon the story about Rainer and Eva, after which I decided to continue to deal with this topic’, said Reljic, and while speaking about two realities which occurred in Auschwitz he concluded that ’banality of crime is seen in photographs shown in the film, in which Nazis are leading carefree life’.

Höss pointed out that the greatest violation of human rights recorder by our history, did not remain behind us, but that the features of that time can be noted in the modern media as well, as he said. 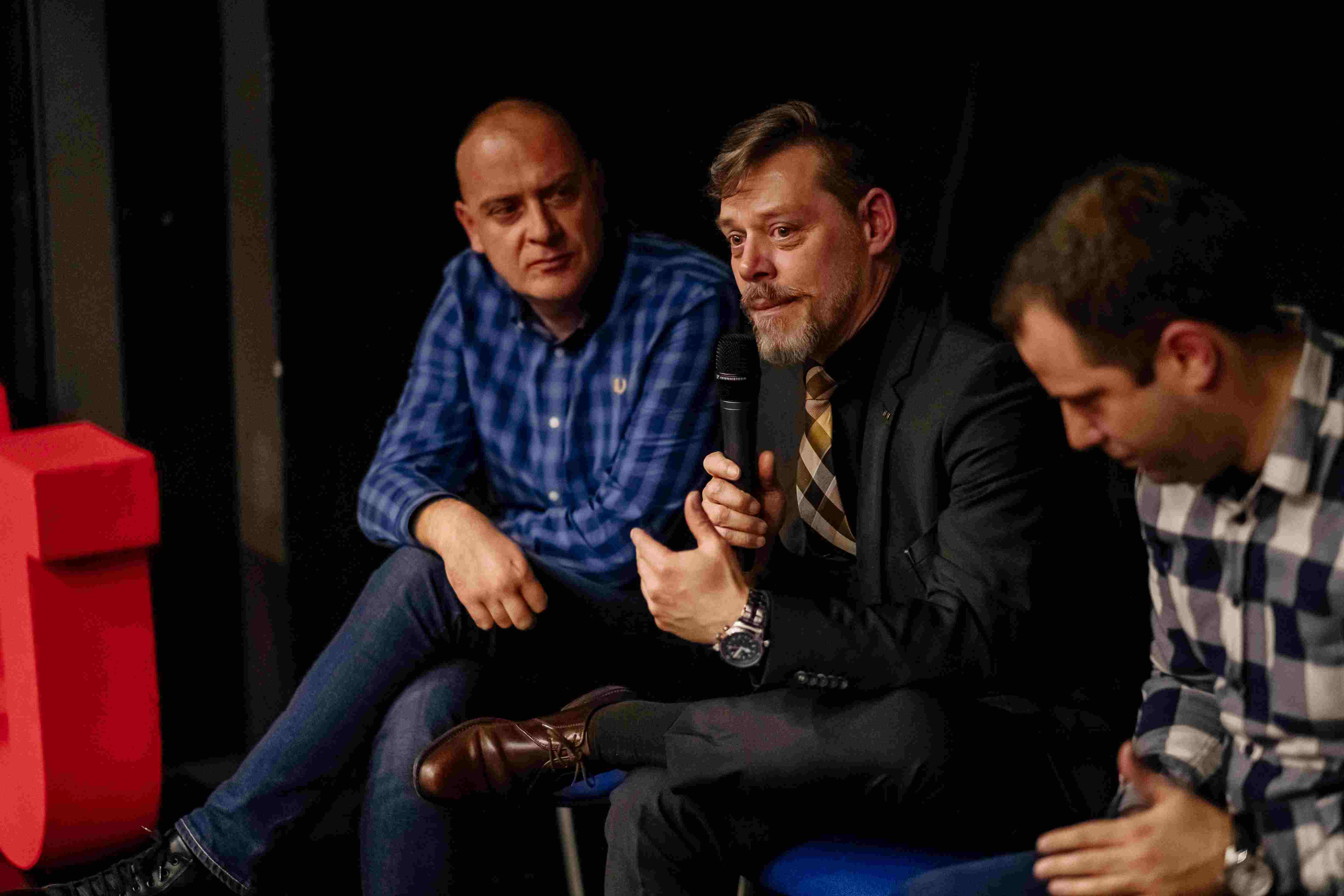 ’You can still see the swastika in everyday life, it is not a secret, or something attempted to be hidden. My task is, precisely as a grandson of one of greatest criminals, to make efforts for similar things never to happen again’, conveyed Höss.

He said that this crime can happen anywhere in the world and it is a worrisome fact of increase of retrograde movements, such as fact that when it comes to region, ’Ustashe are getting legitimisation’ and that in many countries of the EU the right is on the rise, stating that the authorities are the ones who are responsible for prevention of similar events.

Höss, as per interest of the audience, responded also to questions in relation to other members of family Höss in which he is seen as ’renegade’ and in which his grandfather Rudolf Höss is seen as someone who acted properly, as well as about the manner in which he found information about the depth of involvement of his family in crimes which resulted in his termination of communication with them. Also, he spoke about his educational initiatives throughout the world, and the threats that he receives from the new Nazis and security measures to which he is often subjected.