This year’s, the ninth edition of FAST FORWARD Human Rights Film Festival 2018 ends with two screenings in Podgorica, in CIC ‘Budo Tomovic’ and two in Kotor, in Cinema ‘Boka’.

First screening of the last day of FAST FORWARD Festival in Podgorica starts at 18:00h, in Dodest hall of CIC ‘Budo Tomovic’ with film Our New President by Maxim Pozdorovkin. 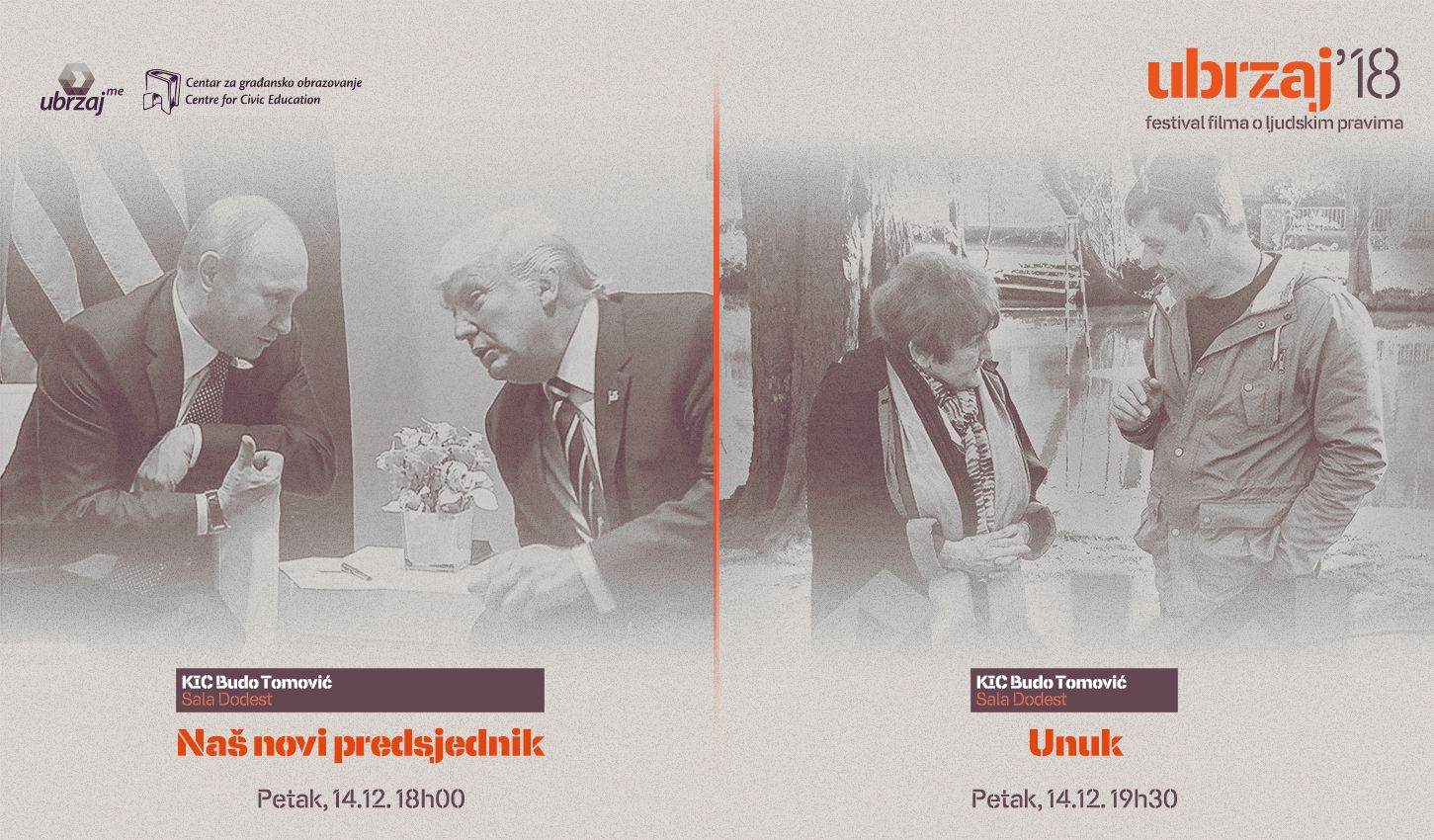 The famous director Maxim Pozdorovkin, author of film ‘Pussy Riot: A Punk Prayer’ which audience in Podgorica received excellently on FAST FORWARD 2013, now presents himself with hectic collage of Russian propaganda material from YouTube and other media platforms which, during elections in USA have targeted both Hilary Clinton and Donald Trump. This is hilariously comical and satirical achievement which reveals tactics of contemporary information warfare during the election campaign. This film is a trip down the rabbit hole of fake news via satire about the Russian media and its take on American politics. Moving between media-controlled news and colourful reinterpretations by average Russians, the film charts Trump’s election for president using footage produced by Putin’s propaganda machine. The film received exceptional critics at prestigious Sundance Film Festival.

At 19:30h follows film UNUK/ENKEL, a story about facing with the past but also about forgiveness, of Director Aleksandar Reljic. ‘Enkel’ is a story about facing the most monstrous crime in the history of mankind – Holocaust, from the perspective of Auschwitz commander’s grandson, Rainer Höss and surviving inmate Eva Mozes Kor, who symbolically adopted him as her grandson in 2014. The two have signed a pledge on joint fight against antisemitism, racism and xenophobia in today’s world. Film director Aleksandar Reljic and protagonist Rainer Höss, Auschwitz commander’s grandson, are guests of FAST FORWARD Festival and after the screening will converse with audience, with moderation of Milos Vukanovic, historian.

Simultaneously, audience in Kotor will have an opportunity to see the film Our New President at 18:00h in Cinema ‘Boka’, as well as film The Raft at 19:30h. 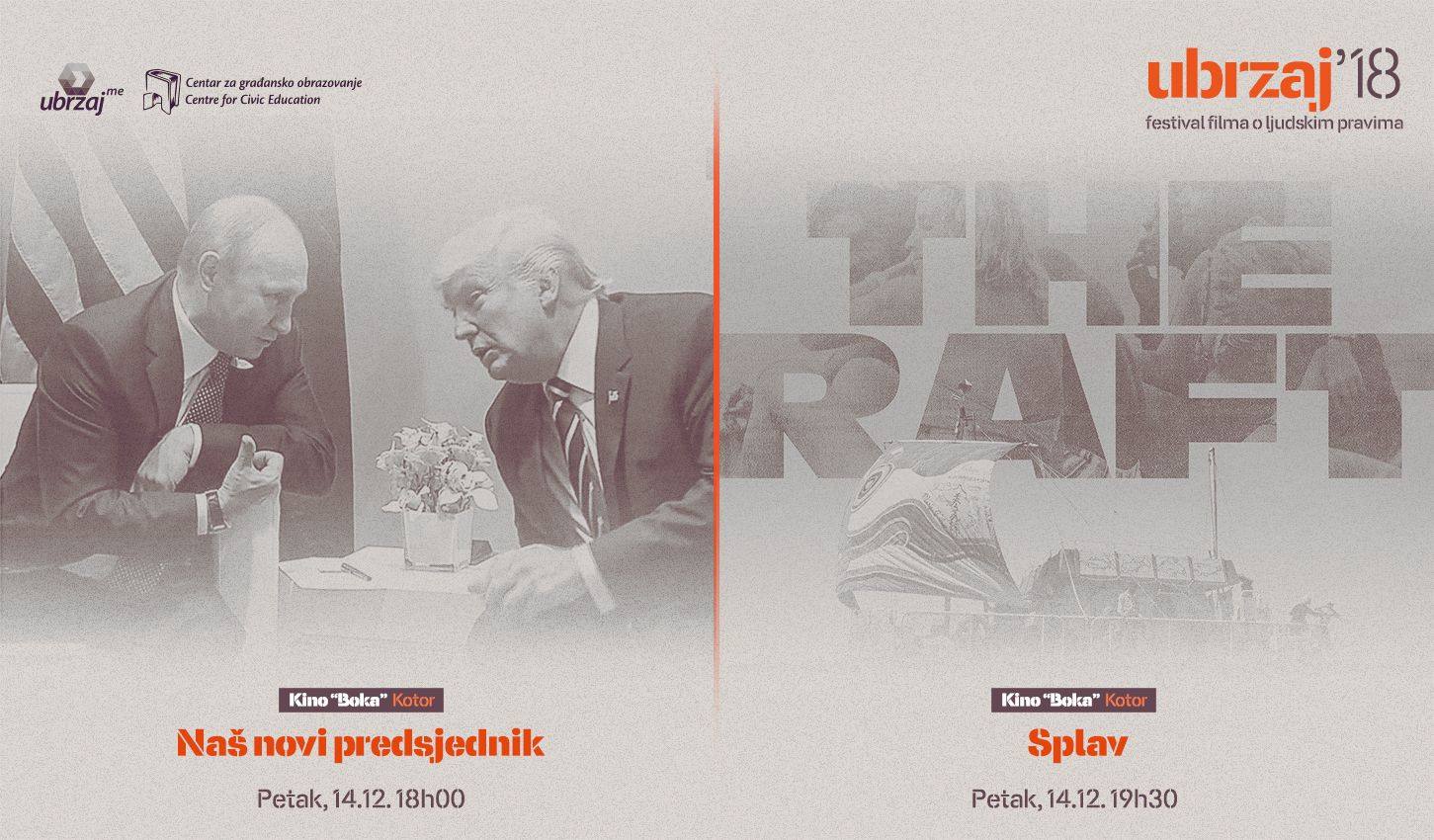 FAST FORWARD Festival 2018 is organised from 10 to 14 December 2018with central programme in Podgorica in PI CIC ’Budo Tomovic’, with accompanying editions in Berane – 11 and 12 December in Centre for Culture and PI Gymnasium ’Panto Malisic’ and in Kotor –13 and 14 December in Cinema ’Boka’. FAST FORWARD 2018 is being implemented with the support of European Union Delegation to Montenegro, Commission for Allocation of Part of Revenues of Games of Chance of Government of Montenegro and Ministry of Culture of Montenegro, as well as companies Metropolis, PG Taxi and Compania de Vinos Montenegro. Partners of Festival are PI CIC ’Budo Tomovic’, BELDOCS, Sarajevo Film Festival, CC ’Nikola Djurkovic from Kotor, Municipality of Kotor, Municipality of Berane, Centre for Culture of Berane and PI Gymnasium ’Panto Malisic’, and media sponsors are public service RTCG(TV and portal) and Vijesti(newspapers, portal and television).

Detail programme of the Festival and all additional information are available at the website http://ubrzaj.me/en/  and the entrance to all screenings is free of charge.