EU Accession Negotiation School, organized by the Centre for Civic Education (CCE), was launched today. The School is implemented within the project framework “Let’s Together Negotiate for Montenegro in the EU” supported by the Ministry of Public Administration. First session was held by professor Gordana Đurović, PhD, who spoke aboout ”EU – political aspects of European integration process and EU development through enlargement waves.”

EU Accession Negotiation School has attracted great interest, supported by the multiple time higher number of applications compared to the planned 30 participants for this programme. This reaffirms the trust of the citizens of Montenegro into the quality of the alternative education programmes, which the CCE has provided since its foundation, i.e. in last 17 years.

Within seven modules and twenty-two sessions of the EU Accession Negotiation School, prominent domestic and international experts, diplomats, government officials and representatives of civil society will introduce participants with political and economic aspects of European integration process, challenges that Montenegro faces on this path, key negotiation chapters and positions of Montenegro, as well as regional experiences, communication of integration, availability of IPA and other related funds. The School will also deal with impact of forthcoming elections for the European Parliament, Brexit, trade disputes, raise of nationalism, populism, fake news, migrations, etc. on EU and accession negotiations.

In the framework of this half a year long programme, separate three-day seminar with focus on EU funded project proposal writing and project management will be organised, taking into account that these funds are available to different sectors and for wide spectrum of topics, hence to the beneficial structures as well.

When it comes to professional profiles, EU Accession Negotiation School is comprised of heterogenous group of Government’s servants, journalists, employees from NGOs, foreign missions to Montenegro, business sector, judiciary and independent institutions, as well as activists of student associations, academic staff and representatives of political parties. 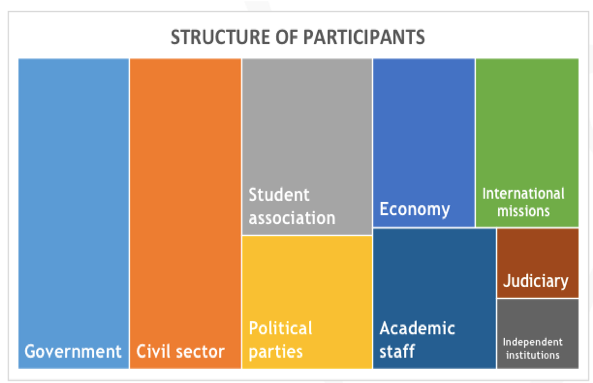 EU Accession Negotiation School is free-of-charge for selected participants. It is intended for those who want to broaden their knowledge in the area of accession negotiations, as well as to contribute to the affirmation of European ideas, standards and best practices in Montenegro.