On the occasion of International Right to Know Day – 28 September, the Centre for Civic Education (CCE) expresses its concerns about proposed amendments to the Law on Free Access to Information, which attempt to narrow the citizens’ right to information, contrary to the Constitution and international standards.

For quite some time, Montenegro has the tendency of reducing the level of transparency of work of public sector bodies, which has limiting effect on the quality of democratization and Europeanization of society. The new proposal of the Law on Free Access to Information, to which interested public has already reacted negatively, goes to the extreme that can have serious consequences on the effectiveness of civil society work and respect for fundamental human rights and freedoms. The right to information is one of the rights guaranteed by the Constitution and the Government cannot annul this right by any legal text. 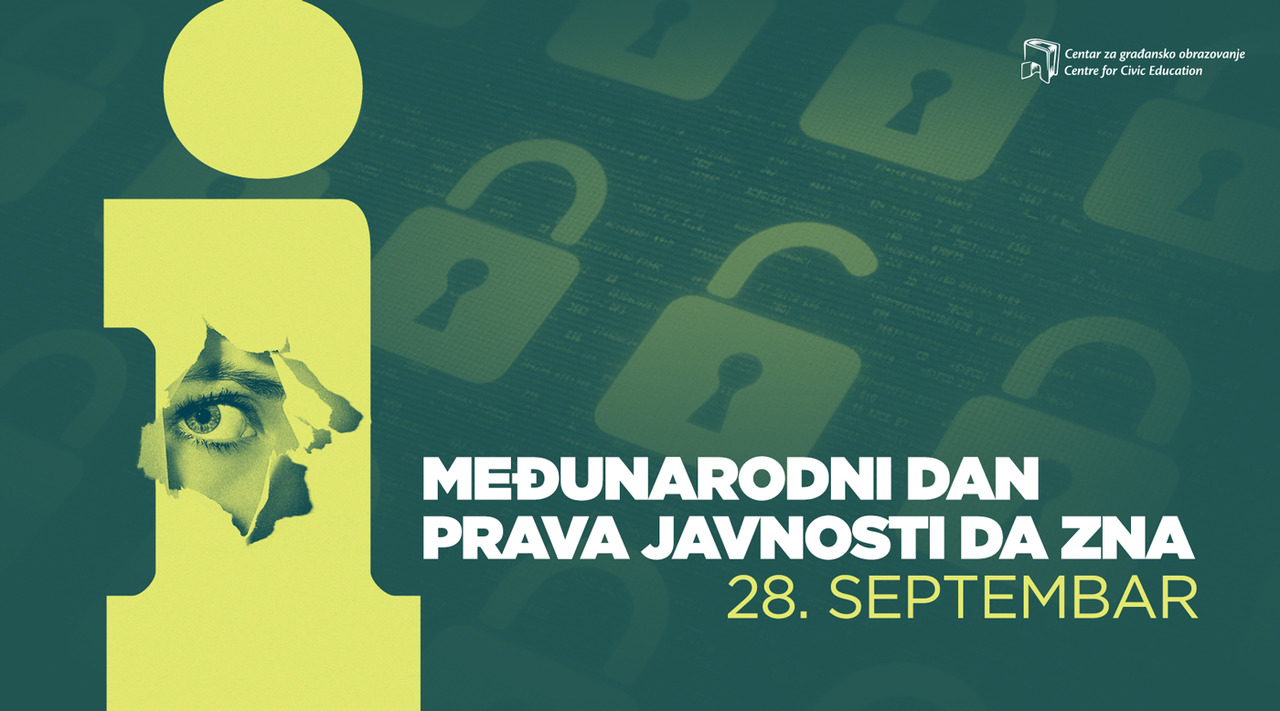 We are particularly concerned about such proposals for amendments to the Law on the eve of the election year, with the obvious intention of narrowing the scope of control of the electoral process actors. This will not contribute to establishing the necessary trust of citizens into electoral system.

Amendments to the Law on Free Access to Information of 2017 have already significantly reduced the scope of information which may be available to the public. Now, few steps back are being taken through the expansion of space and discretionary power to prevent access to information.

Essentially, instead of improvement of the state of affairs, this is an attempt to legitimize existing negative practices. Declaring information as classified, as well as the reducing the accessibility number of those documents that are of important to public, aims to stimulate non-transparency and lack of accountability of work of bodies paid with citizens’ money, on the one hand, and to prevent critical approach and assessment of work of the same bodies and decision makers at different levels.

Competent institutions have been obliged for a long time to strengthen their capacities in order to promptly provide requested information, but this has not happened. Now, we have distorting of the argument through an attempt to introduce the so-called protection from misuse of the right of access to information, which is nothing but an attempt to hide the information that can contribute to the detection of illegal and harmful actions in the institutions themselves and lead to establishing the accountability of those who conducted them.

Therefore, the CCE urges the Government to substantially revise the proposed text of the amendments to the Law on Free Access to Information and to align it with the best international practices. In this manner, and not just by nice rhetorics, the Government can prove its commitment to international obligations, and in particular to these on the path to EU.

International Right to Know Day was established in 2002, at the joint meeting of representatives of mainly non-governmental organisations in Sofia, Bulgaria. Today, this date is marked throughout the world with the aim to promote the right to free access to information, as one of the basic human rights, but also to motivate citizens to use their right, and the authorities to be more transparent in their work.