On the occasion of 2 October – International Day of Non-Violence, the Centre for Civic Education (CCE) takes the opportunity to invite all actors of society to make greater efforts to create societal norms that lead to nonviolent conflict resolution, as well as competent institutions to most severely sanction the behaviour of those who encourage and deepen any form of violent behaviour.

In order to contribute to building of the society open to change and adoption of democratic values ​​and standards, it is necessary to lay the foundation of responsible action of each individual in all social changes. Only through system of responsibility we can contribute to creating culture of non-violence. 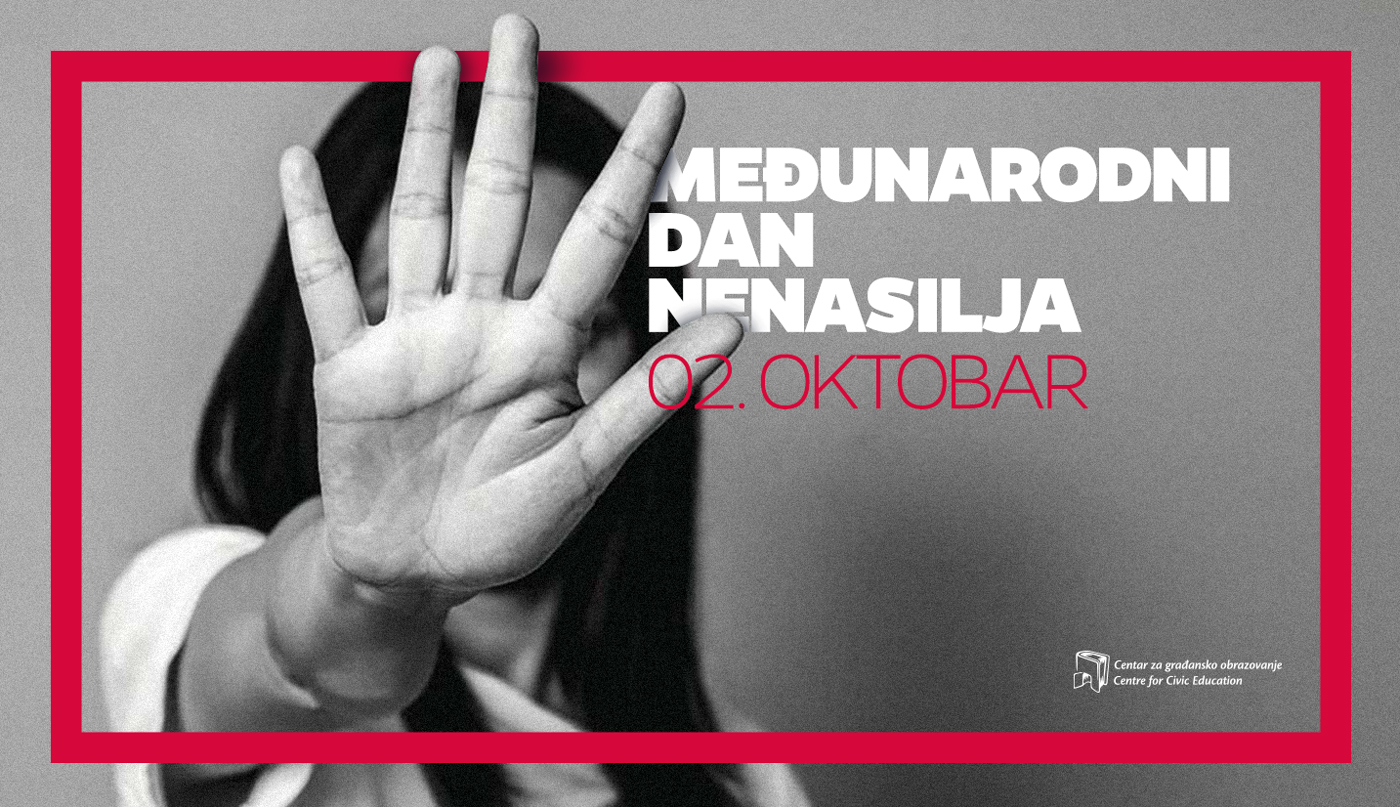 In Montenegro, numerous cases of violence against journalists, domestic violence, peer violence in schools, as well as violence committed by the collapse of the institutions are recorded. This is accompanied by the lack of adequate prosecution and sanctions, as well as the systematic dealing with the causes and consequences of violence. A very small percentage of those who are victims of violence are willing to speak about personal experiences of violence, precisely because of the uncertainty that they will be protected by the authorities. We can also look for causes in unfinished process of dealing with recent violent past, which is not even the focus of judicial institutions nor it has the place in the content of history textbooks. And the fact is that terrible forms of violence against civilian population occurred in this region during the post-Yugoslav wars of the 1990s, which left behind victims, but also unexecuted responsibility for the perpetrators and, consequently, failure to establish justice for the victims. All this does not improve the system of non-violence and does not contribute to respect for the laws and strategic documents regulating the field of violence, but further victimizes those who have suffered some form of violence.

Therefore, the CCE takes the opportunity to mark this day and to invite all actors of the society to jointly build the society that will emphasize the dignity of each person and resist any form of abuse of power through the responsible action of the individual, group and institution.

The United Nations General Assembly has established marking of the International Day of Non-Violence on the birthday of Mahatma Gandhi in 2007, as an opportunity to “spread the message of non-violence”. Gandhi was the first man to bring the principle of non-violence from the individual to the social and political level. His name is synonymous for life’s posture, which has decisively changed the course of history and still affects millions of people.