Youth in Montenegro still do not sufficiently influence decision-making processes, and in order to change this, a part of systematic and institutional support, it is necessary for the youth themselves to be more proactive, as it was concluded at the final conference ‘Activate Me!’ organized by the Centre for Civic Education (CCE) within the same title project supported by the Ministry of Sports. 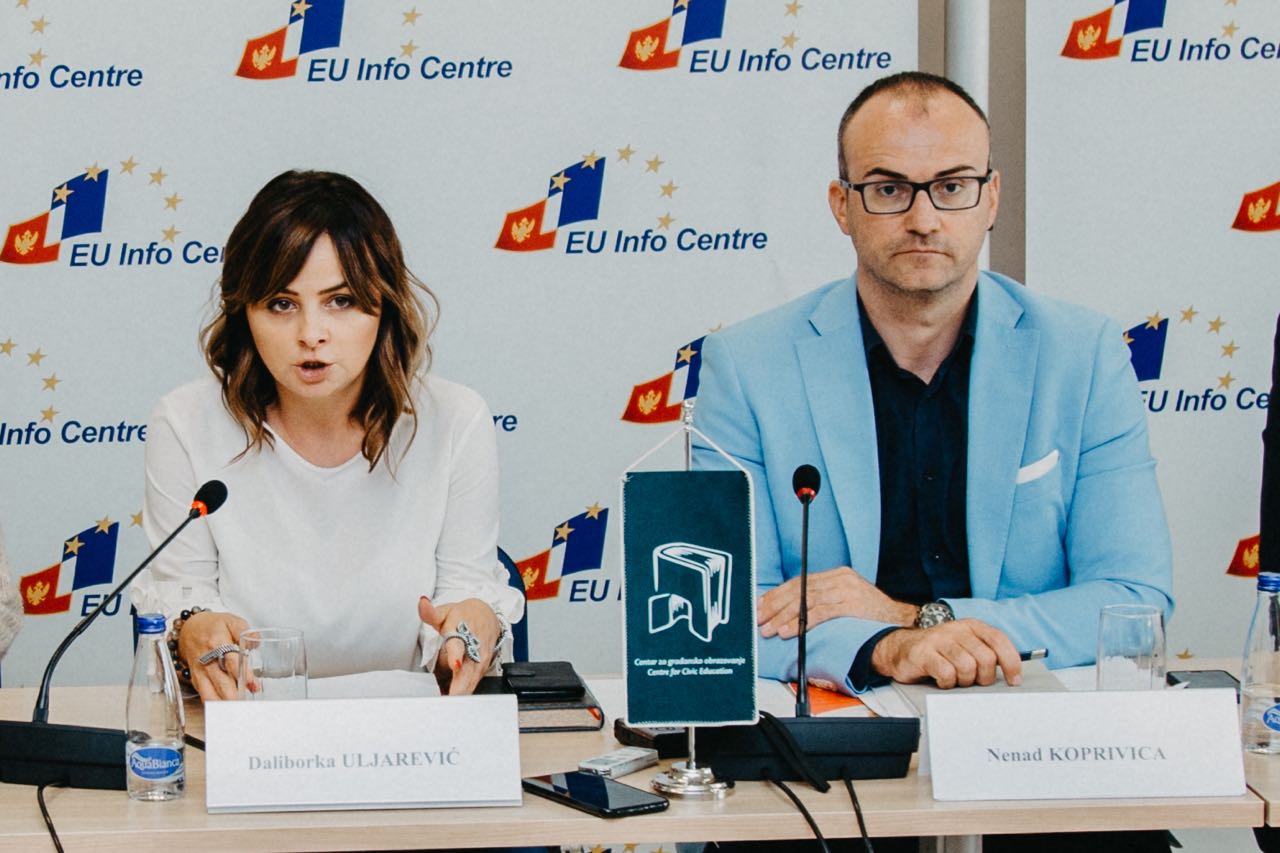 Daliborka Uljarevic, CCE Executive Director, recalled that CCE has been working intensively with young people since its establishment. ‘It is our intention to keep youth and youth policy issues constantly in the public discourse because they are not sufficiently neither quantitative nor qualitative present. Namely, young people in Montenegro are still not recognized as social capital, but rather treated as social decor, remaining at the margins of the decision-making process, while the systematic response is missing. Consequently, we should not be surprised, but we should be concerned about the fact that young people, due to their unfavourable status in society, have growing desire to leave Montenegro in search of better opportunities for themselves,’ she assessed. She also stated that ‘there is no official data on youth migration, which sends an additional message that Montenegrin institutions do not recognize this problem as a priority’ and recalled the CCE’s earlier appeal to create a database on the number of young people who left the country, motives for leaving and of what can bring young people back, i.e. what can stop brain drain. Uljarevic concluded that it is time to change the narrative and approach to young people and to highlight the role models.

Nenad Koprivica, Director of the Directorate of Youth at the Ministry of Sports and Youth, reported that since its establishment, the Ministry has allocated over 800,000 EUR for projects of youth organizations. ‘The issue of young people is multisectoral and concerns several ministries, as well as the entire society. However, to a large extent, it depends on the young people how much they will do for themselves and if they would choose the path of activism. The establishment of the Ministry of Sports is a proof that young people are high on the Government’s priority list. I would also remind them that Montenegro is a leader at the regional level when it comes to young people, in terms of fulfilling all the conditions that were necessary for the establishment of a Regional Youth Cooperation Office – RYCO,‘ he emphasized. Koprivica also stated that it is important to distinguish work and educational mobility from the perceptions and wishes of young people to educate and to leave. He presented the key Government programmes intended for young people or open to young people, such as an active employment policy programme that also includes measures of professional rehabilitation, employment of young people with disabilities, employment programme for young people with secondary education, and giving loans to young people in business, giving loans to high school students that are on the register of unemployed persons for the establishment of small and medium-sized enterprises, subventions for job creation, support for young farmers, vocational training programmes, counselling for young, calls for co-financing scientific research activities and innovative activities, European Youth Card (EYC), etc.

Aleksandar Rakocevic, Head of the Employment Bureau Podgorica within the Employment Agency of Montenegro, explained that the Agency, in accordance with the law, has  activities that prepare young people for work, providing them with information from the labour market and helping to eliminate misbalance in the quality of the workforce through active employment measures that affect each individual. ‘Currently, we have 16.94% of young unemployed persons (under 30 years) on our records. Unemployed persons are those without job, at that moment able to work and do not have other plans such as training, traveling,‘ he specified. ‘Soon will be two programmes for high school students. One of them is an internship, where the Agency will finance their wages in order to compensate for the cost of the employer during this period of low productivity due to lack of their experience and to give an opportunity for the employer to keep the employee to work upon the end of this programme. New call for vocational training programme for persons with acquired higher education is open, within which from 3500 to 4000 graduates every year have the opportunity to acquire practical knowledge for independent work in real environment,’ he announced. 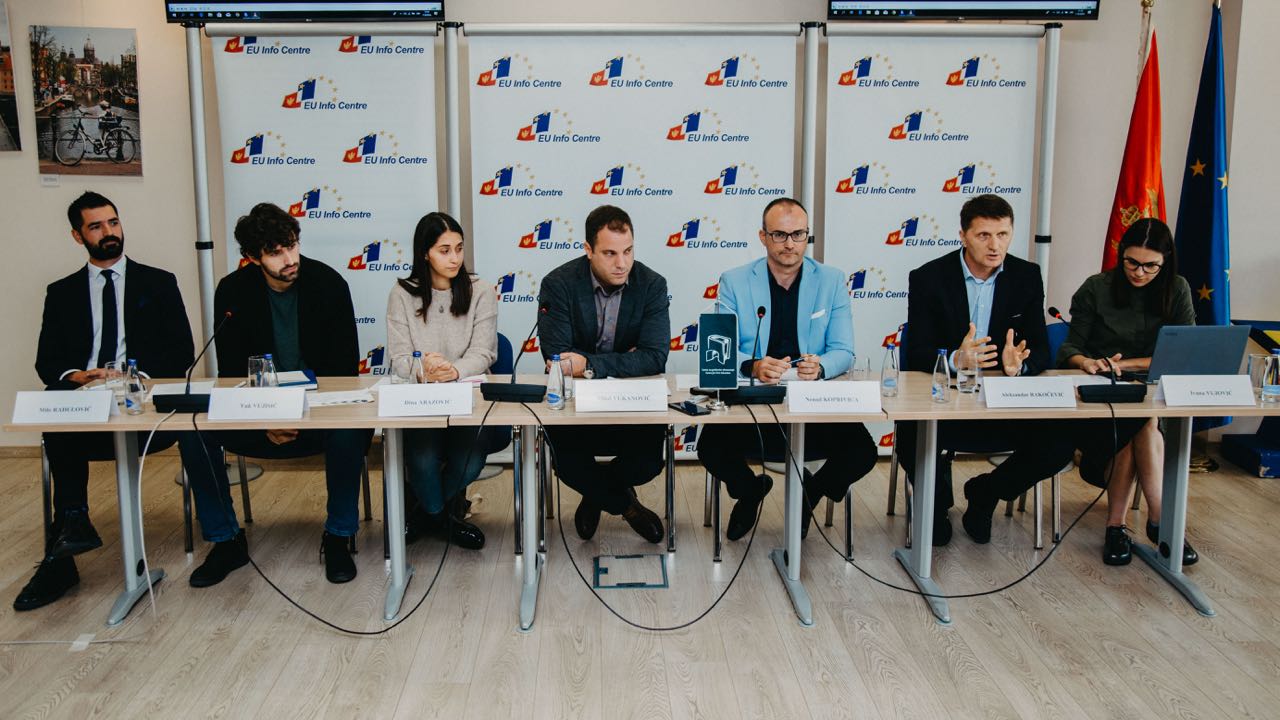 Speaking about the wider state of civic awareness and youth values, Ivana Vujovic, President of the Governing Board of the NGO Juventas, reminded that ‘we are talking about young people who were born from the 1990s onwards, i.e. in the period of strong turbulence, war, poverty, refugees, system breakdown and unfinished process of building another, which all affected their growth.’ She believes that young people need to be flexible, unfettered and active within their communities. ‘The reason young people leave the country is the lack of money that would enable them to resolve their housing, invest in cultural, entertainment, recreational activities,’ she claimed. She also reflected upon the importance of education. ‘There are strategies in education that can lead to improvements, but they do not seem to be fully implemented. For example, although subjects such as Civic Education, Media literacy and Healthy lifestyles are important, instead of depending on the needs of the students, they are more dependent on fitting in the norm of the professor’s school classes and thus remain neglected,’ she assessed.

Dina Abazovic, coordinator at the Montenegrin American Youth Alumni Association (MAYAA), emphasized the benefits of working on projects related to promoting volunteerism, as well as social engagement, and stated that it is necessary to encourage and motivate young people to make decisions about issues of their concern. She shared her experience. ‘While attending US high school, I noticed a huge number of opportunities that young people have and use there. There, the spirit of volunteerism is developed, which is not the case here. The prevailing attitude here is that volunteering is useless, which is not true because we can do a lot through volunteer action. Debates, environmental actions and other activities I have participated in helped me to grow, allowed me to spread the meaning of volunteerism amongst my friends in my hometown Bar. I felt really good about that because I did something that was significant for my community as well,‘ Abazovic said. She encouraged young people to be active and pointed out the benefits of non-formal education provided by NGOs, which could be their first steps towards creating positive social change.

Nina Markovic, journalist at TV Vijesti, said that the proactivity of young people is one of the key elements. ‘I think that young people need to be active, informed and above all, to work on themselves, they should not give up, because the examples of young people who are the participants of this conference prove that young people do not always have to have a support and rely on godparents, aunts, etc. but can start something on their own. We are aware of the situation in our country, but we can all work together to make it better and that simply should not demotivate us,’ she said. She noted that other actors also have roles and added that employers should pay more attention to young people and give them the opportunity to show their knowledge and skills, because young people will appreciate it. She particularly reflected upon her experience through the CCE project ‘Knowledge and Skills for the Job’, through which she got the job in TV Vijesti. Furthermore, she presented the example of Poland as inspiring for Montenegrin decision makers in terms of improving opportunities for young people. 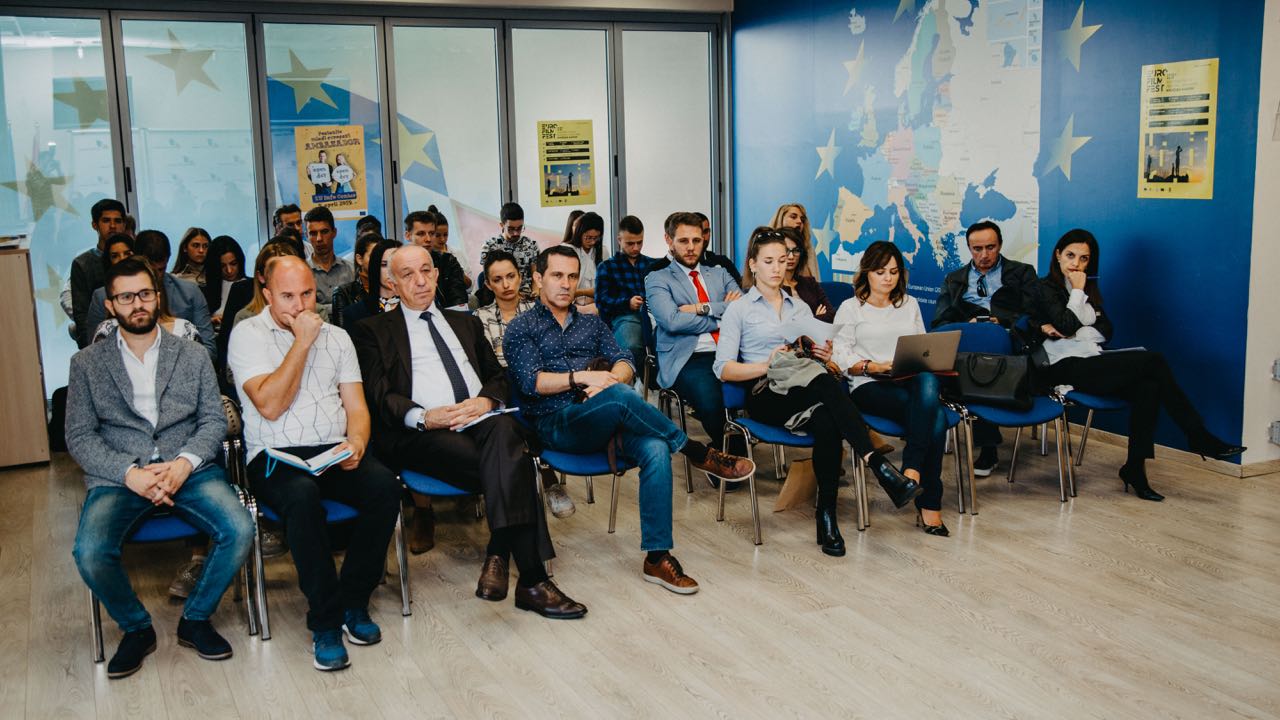 Milo Radulovic, co-founder and CEO at start-up MARLEQ, spoke about his considerable student and work experience at home country and abroad. ‘After five years of working abroad, I had to return to Montenegro. It is very difficult to get a job in the EU, but it does not mean that it is not possible, although it is necessary to work more than local students. That’s why my advice to young people who want change is to be activate and apply if they expect results, not to wait,’ he said. He also emphasized the bad climate in Montenegro for development of start-ups. He highlighted Sweden as the positive example of support to young people in order to make good decisions in the choice of the studies, and in which there is practice of working one year after high school and developing an affinity for particular area, and later studying and improving in that field. Radulovic believes that young people have many reasons to stay and work in Montenegro but stated that he understands those who want to leave as well.

Vuk Vujisic, the initiator of the campaign ‘I do no want to go’, claimed that the departure of youth is not indisputable if that is their interests, wish to get familiar with other communities, work in them, improve themselves, but the problem is their leaving for economic reasons. ‘The big issue is that our state, as well as other states in the region, does not keep record of young people leaving the country, although they represent the most important resource,‘ he stated. He explained that the objective of the campaign ‘I do no want to go’ is not to stop young people when they want to leave Montenegro, as there are no arguments for staying if the situation is bad, but to work on improving conditions. ‘This also includes education on democracy and human rights in high schools, which we currently do not have. Many high school students do not know how the system works. Only people who have learned about that through personal activism and who have had experience in the programmes of non-governmental organizations are more active in society, but that is very small percentage of young people,’ Vujisic said. He also referred to the problem of late independence, stating that housing remains one of the key issues for young people and it would be the focus of the campaign. 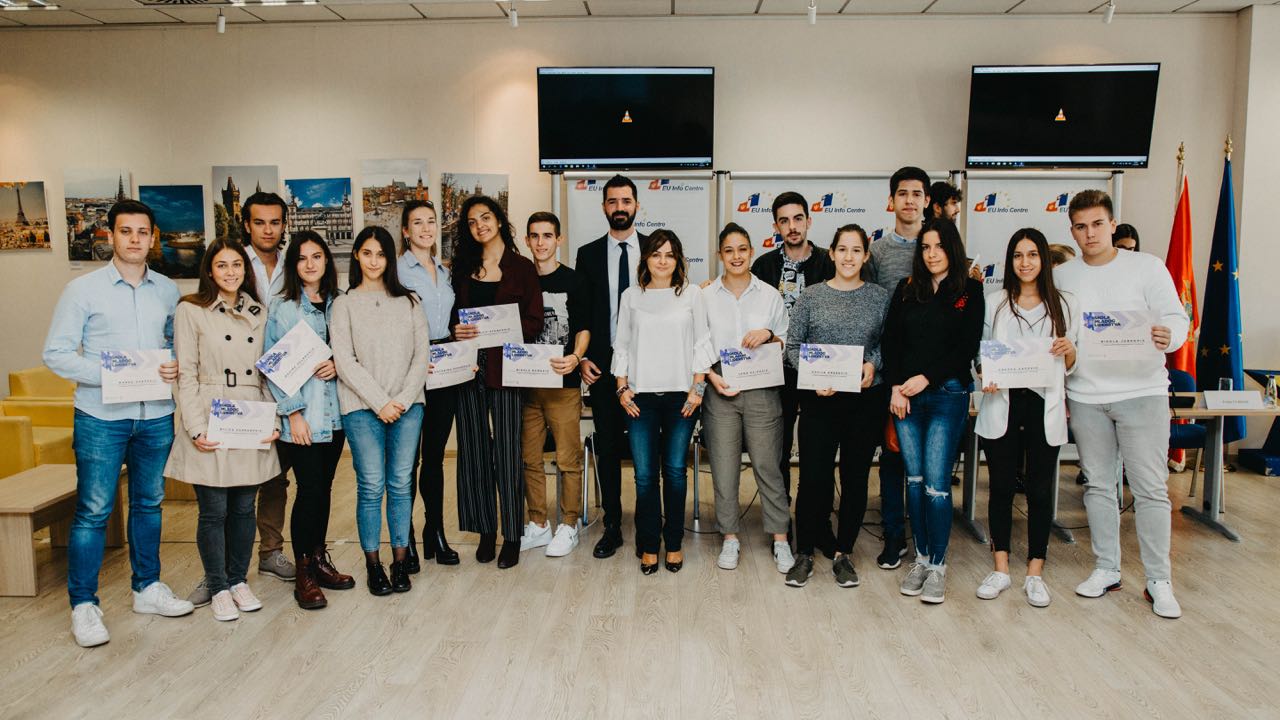 The conference gathered around 45 young people, representatives of non-governmental organizations and institutions working with young people, and at the end of the conference diplomas were awarded to participants of the Young Leadership School, which was an integral part of this project.