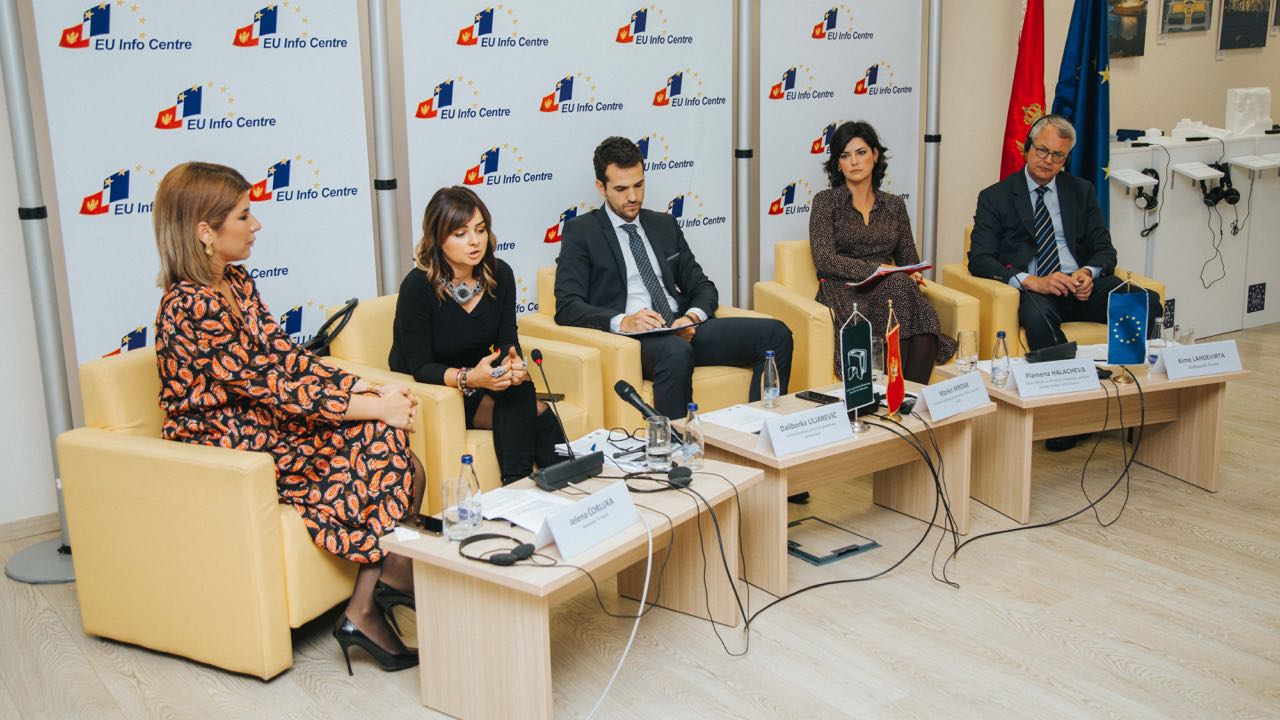 Kimmo Lähdevirta, Finnish ambassador to Montenegro, reflecting upon current Finish Presidency of the EU Council, highlighted the importance of EU enlargement policy in advancing peace, prosperity and security, as well as taking forward work on credible enlargement perspective for the Western Balkans.

“Constructive approach would mean acknowledging criticism from the EU, as well as from experts and civil society, and taking concrete steps to remedy the situation in a credible and transparent manner. EU accession process can succeed only if it has really produced the reforms needed in practice, and that the population at large agrees that things have improved for them,’‘ Lähdevirta said.

Commenting on current affairs in the EU, he stated that Finland regrets the fact there has been no consensus to open the negotiations with North Macedonia and Albania. He explained that French President, Emmanuel Macron, and not only him, believes that the EU accession process needs to be re-configured. He also emphasized that the speed of EU enlargement depends on the outcome of the reform processes in the candidate countries, i.e. the quality of these processes. “As regards Montenegro and also Serbia, having in mind the lack of progress in important fields, such as media freedoms and parliamentary oversight etc. there are very good reasons to push even harder with their internal reform processes,” he explained. He welcomed the approach taken by the Montenegrin Chief Negotiator with the EU Aleksandar Drljevic who said that the European Council decision shall be considered as additional push and incentive for Montenegro to work harder, pointing out that it is important not to use the fact that the EU failed to agree on the opening of the negotiations with North Macedonia and Albania as a pretext not to carry on with the reforms. “Political will to finalize the rule of law reforms is essential for the quality of the process. Ignoring rule of law issues would mean that the Western Balkans countries are locking their enlargement processes. Keys are in your hands,” concluded Lähdevirta.

Plamena Halacheva, Head of European Integration, Political, Press and Information Section at the EU Delegation to Montenegro, stated that the speed and quality of negotiations are closely intertwined categories because there can be no speed without quality. She emphasized that speed predominantly depends on progress in each state and there is plenty of unfinished business. “The people of the region expect reform agendas to be pursued so that they can see concrete benefits now. The general public doesn’t care about the number of chapters opened or closed, but about when their quality of life will match the one of an average European,” she assessed.

Halacheva recalled that the Communication on EU Enlargement policy, from May last year, indicates that some countries have stagnated in their reform activities, in particular in the crucial areas of the rule of law and fundamental rights, and that it is necessary to intensify efforts to reach ambitious goals. “Montenegro has legal and institutional framework in place, and it is now crucial that the entire rule of law system delivers more tangible and sustainable track record,” Halacheva said, adding that the Western Balkans’ perspective on future EU accession is not put in question.

Responding to questions about the legal principle of the Supreme Court with regard to dismissals by the Parliament, as well as not opening the last negotiating chapter, she explained that the negotiating area and the overall rule of law context is being assessed. “We closely monitor developments in Chapters 23 and 24. If you read carefully the latest EC Report you will see that we have emphasized the importance of functional system of separation of powers when it comes to nominations and appointments by the Parliament. And just opening a chapter does not in any way mean that the work in that area has been done. On the contrary, we in the EC believe that the real work begins at that moment, and that is why we have recommended the opening of Chapter 8. While each chapter is assessed individually on the basis of the results in that area, we also assess the overall rule of law framework. It is quite clear that Montenegro’s path to the EU is determined by progress in the area of ​​the rule of law reform, and this does not necessarily imply that a balance clause should be formally or informally introduced,” concluded Halacheva. 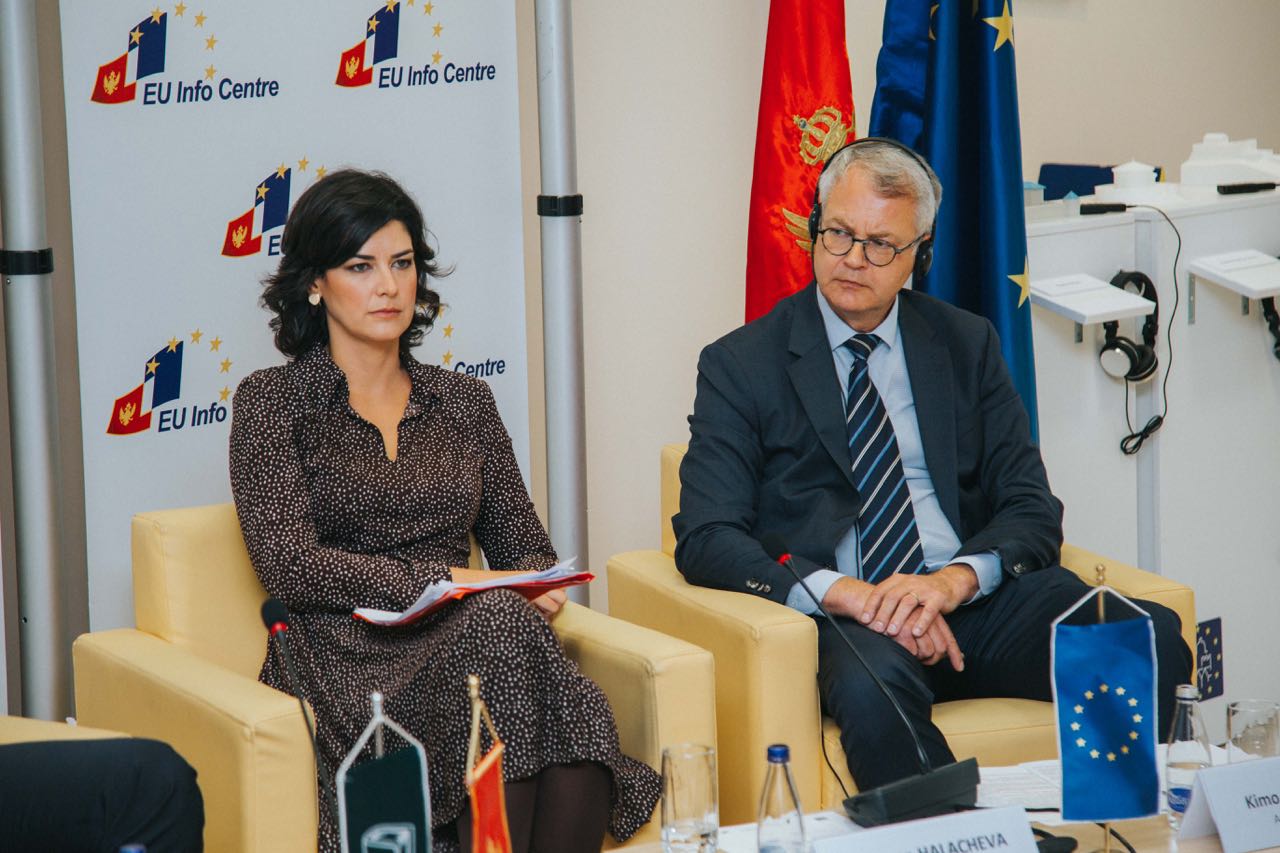 Marko Mrdak, Deputy Chief Negotiator, reflecting on the decision not to open negotiations with North Macedonia and Albania, stated that this demonstrates the restraint of certain Member States towards EU enlargement policy, emphasizing that the regional tendency towards the EU is extremely important for ensuring the stability and prosperity of the whole region.

“The whole negotiation process is conducted primarily because of the quality of life of Montenegrin citizens. It is important for Montenegro to reach European standards and to be prepared for the closing phase of the negotiation chapters,” he explained. Mrdak noted that Montenegro has made visible progress within six negotiation chapters, and that 2020 will be the year in which capacities will focus on temporary closing of those chapters. He also expressed confidence that the quality and speed of negotiations are two complementary processes in which both Montenegro and the European have a role to play. “The candidate country is certainly responsible for the quality of the reforms, but internal affairs in the EU are also important for the dynamics and speed of the negotiation process,” he said.

Mrdak reminded that all actors in society are equally important in the negotiation process and added that the Government of Montenegro recognized this when it formed working groups for negotiating chapters, which include not only state institutions from all three branches, but also academic community, local government, business associations and the non-governmental sector. “I believe that society as a whole will continue to make a constructive contribution to the negotiation process, with all actors maintaining the spirit of the European idea and creating stable support of citizens for Montenegro’s EU membership,” he said at the end.

Daliborka Uljarevic, CCE Executive Director, believes that Montenegro has high level of social consensus about EU as a goal, but that there are disagreements when it comes to different actors’ views on the reasons for joining the EU, dynamics and homework.

“Montenegro is moving away from standards. It is not the standard of democratic societies that the President of the Supreme Court interprets the third term as second, nor that the Supreme Court puts citizens to a state of legal insecurity through legal principles that restrict their access to justice. There is no developed democratic state in which state inspectors take bribe from investors, the prosecution is not responding, and the acting Supreme State Prosecutor remains in office despite public accusations of corruption and the fact that his closest administrative associate, the secretary of the Prosecution, is under investigation as the member of an organized criminal group. There is no developed democratic state where a journalist is stalked in front of her apartment and is being shot, and to date there is no progress in the investigation, nor democratic countries would leave unpunished those who led to the public confession of senior officials that the murder of Dusko Jovanovic will never be illuminated nor the attempted murder of Tufik Softic, etc. These are just few of the numerous examples that illustrate that our key institutions are not functioning. And neither Macron nor anyone outside of Montenegro is to blame for that. Culprits are here, in the structures of the executive, judicial and legislative branches, “Uljarevic stated. 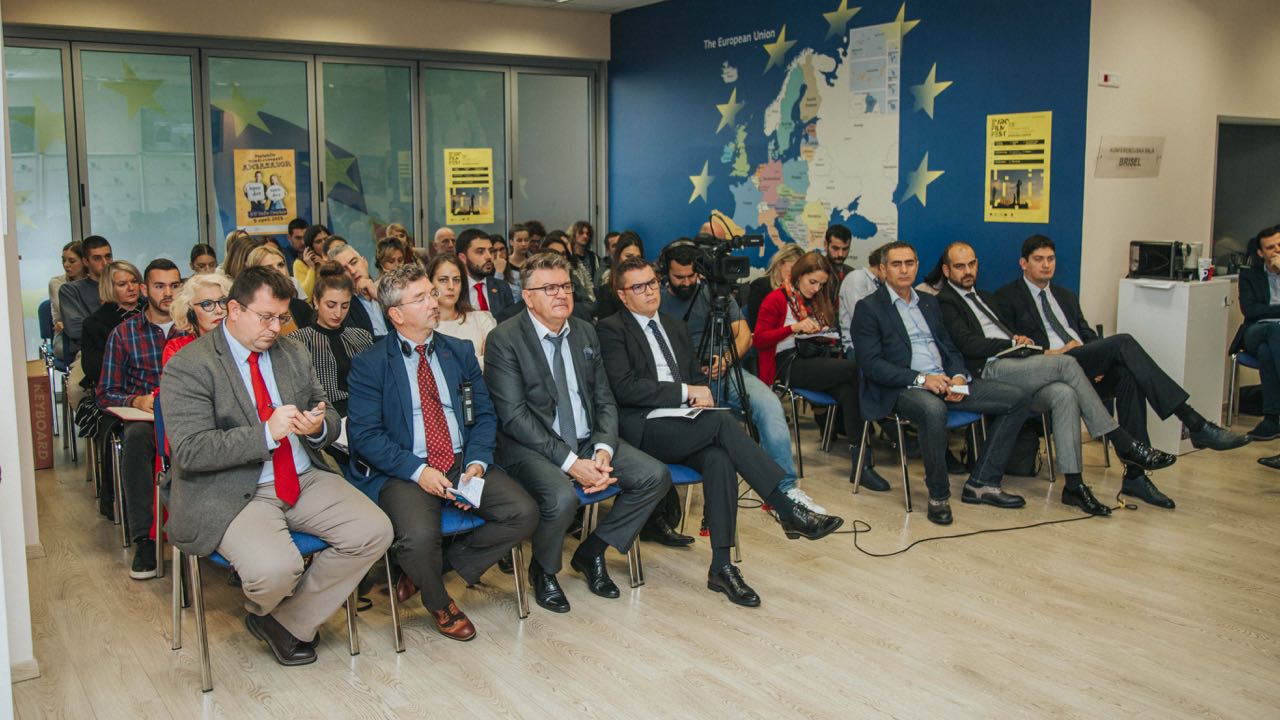