Prime Minister Duško Marković and Executive Director of the Centre for Civic Education (CCE) Daliborka Uljarević met today within the Alliance for Europe initiative. The meeting exchanged opinions on several key topics relevant to the process of democratisation and Europeanisation of Montenegro, with the agreement that a broad alliance was needed for Montenegro and for Europe in order to dynamize the process of Montenegrin negotiations with the EU. 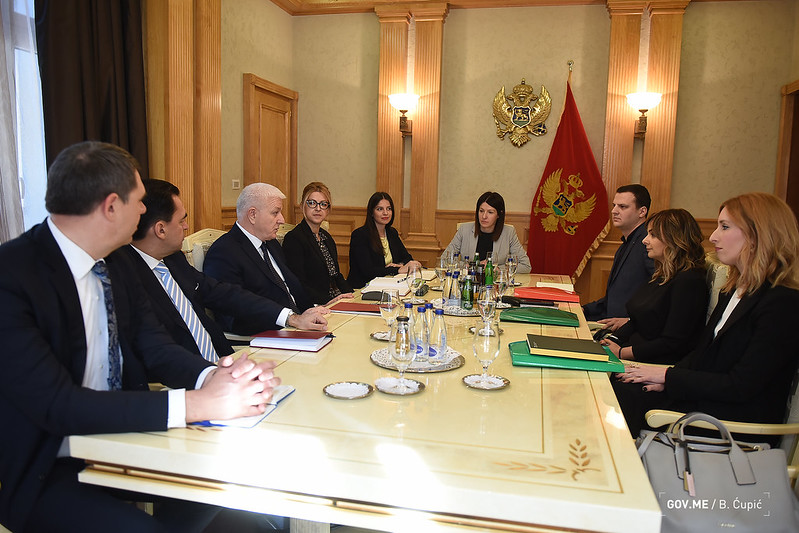 The CCE representatives outlined key issues within the five topics they identified and gave the Prime Minister, in writing, a proposal for short-term and medium-term intervention measures. “Based on the implementation of these measures, we will measure the Government’s true commitment to leading this dialogue, and in the coming period we will be able to make a relevant assessment,” Uljarević said.

The Prime Minister appreciated the critical approach of the CCE, but also expressed his satisfaction with the constructive approach. “We will consider the proposed measures by the CCE seriously. I have recognised well-founded proposals and I believe that it is in the public interest to implement some of them within a short space of time,” Marković said.

The meeting focused on media freedom, the judiciary and the fight against corruption, youth education and perspectives, Government relation and the critically oriented part of the NGO sector, as well as on Montenegro’s EU negotiation process.