Montenegrin society needs to deal with its past not only to fulfil its obligations under the European agenda, but to create a sound basis for its democratic future with functional rule of law, as it was concluded today at the national training ‘Transitional Justice – National and Regional Experience’ for young legal experts and civil society activists, organized by the Centre for Civic Education (CCE) with the support of the Embassy of Canada. 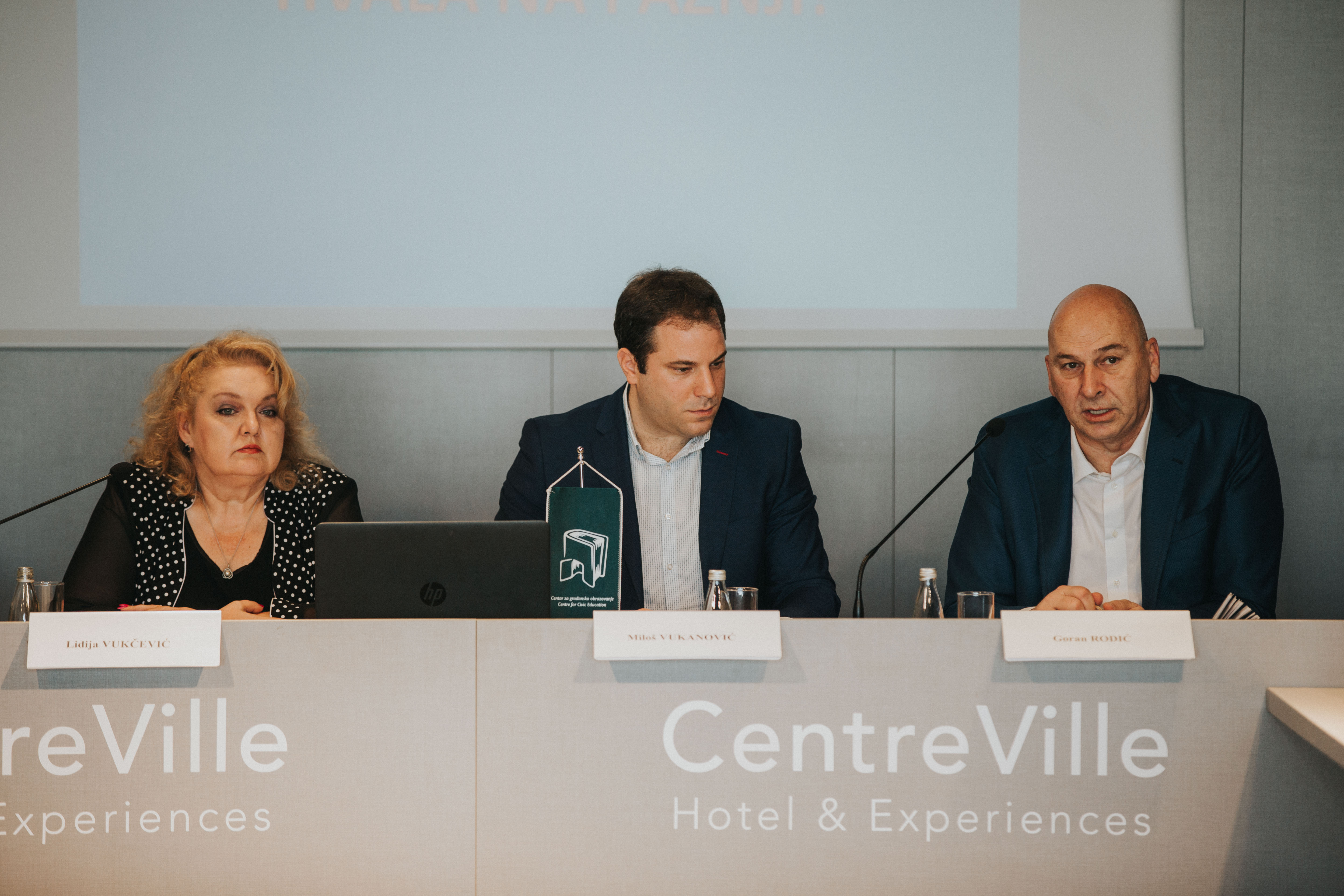 Milos Vukanovic, historian and advisor at the CCE, pointed to the often underestimated importance of the process of dealing with the past. ‘We at the CCE believe that adequate prosecution of war crimes, reparations and building of remembrance culture are not only commitments that Montenegro and its society must undertake because of their international partners, but also the basis for overall social progress. Hence, we are working on creating a documentation basis through the publication of consolidated key and authentic documents of the war crime cases processed in Montenegro, as well as on education about this often marginalized topic,’ stated Vukanovic.

Lidija Vukcevic, special prosecutor at the Special State Prosecutor’s Office, recalled the armed conflicts that took place in the former Yugoslavia during the 1990s, which were accompanied by crimes against humanity and violation of international humanitarian law. ‘Although at the time of the commission of these crimes, and immediately afterwards, there were formally legal requirements for such cases to be prosecuted, in the most of the cases this did not occur,’ she stated.

Vukcevic emphasized that these are complex cases and that their processing remains a challenge for the judiciary of all countries in the region. ‘The main problem in the proceedings against the perpetrators of these crimes is obtaining the evidence. Additionally, the flow of time from execution represents a barrier to the collection of both material and personal evidence to prove the perpetrator’s guilt,’ explained Vukcevic.

She stated that seven war crime cases were prosecuted in Montenegro, where 11 persons were convicted and 26 persons were released. ‘Co-operation with the prosecution and courts in the region with which the agreements were concluded between 2005 and 2015 as a legal basis for strengthening regional co-operation was valuable in processing of these cases,’ Vukcevic claimed. In this context, she also emphasized the importance of the Supreme State Prosecutor’s Office’s agreement with the Residual Mechanism, the successor to The Hague Tribunal.

Reflecting upon the Prosecution’s work, she stated that in 2015, the Supreme State Prosecutor’s Office adopted a Strategy for the investigating war crimes. ‘Since the implementation of the Strategy, the Special State Prosecutor’s Office has track record in more proactive approach and better cooperation with prosecutions and other state authorities in the neighbouring countries in terms of exchange of data and evidence, as well as in cases of transfer of proceedings against the defendants. Of course, in parallel, we are working on the necessary capacity building,’ Vukcevic assessed.

Goran Rodic, a lawyer with extensive experience in representing in war crime cases, stated that political will remains the major obstacle in obtaining evidence and in the overall functional cooperation of investigative bodies and the judiciary of the countries in the region.

‘Collecting evidence through international legal aid depends to the large extent on the cooperation, openness and honesty of the state requested for the assistance. When it comes to victims, help is often selfless, but when it comes to offenders, the situation changes. This lack of political will may be related to politicians who were active at that time. However, there is another segment – the collectivization of guilt, which attributes responsibility to one nation for such crimes,’ Rodic pointed out. 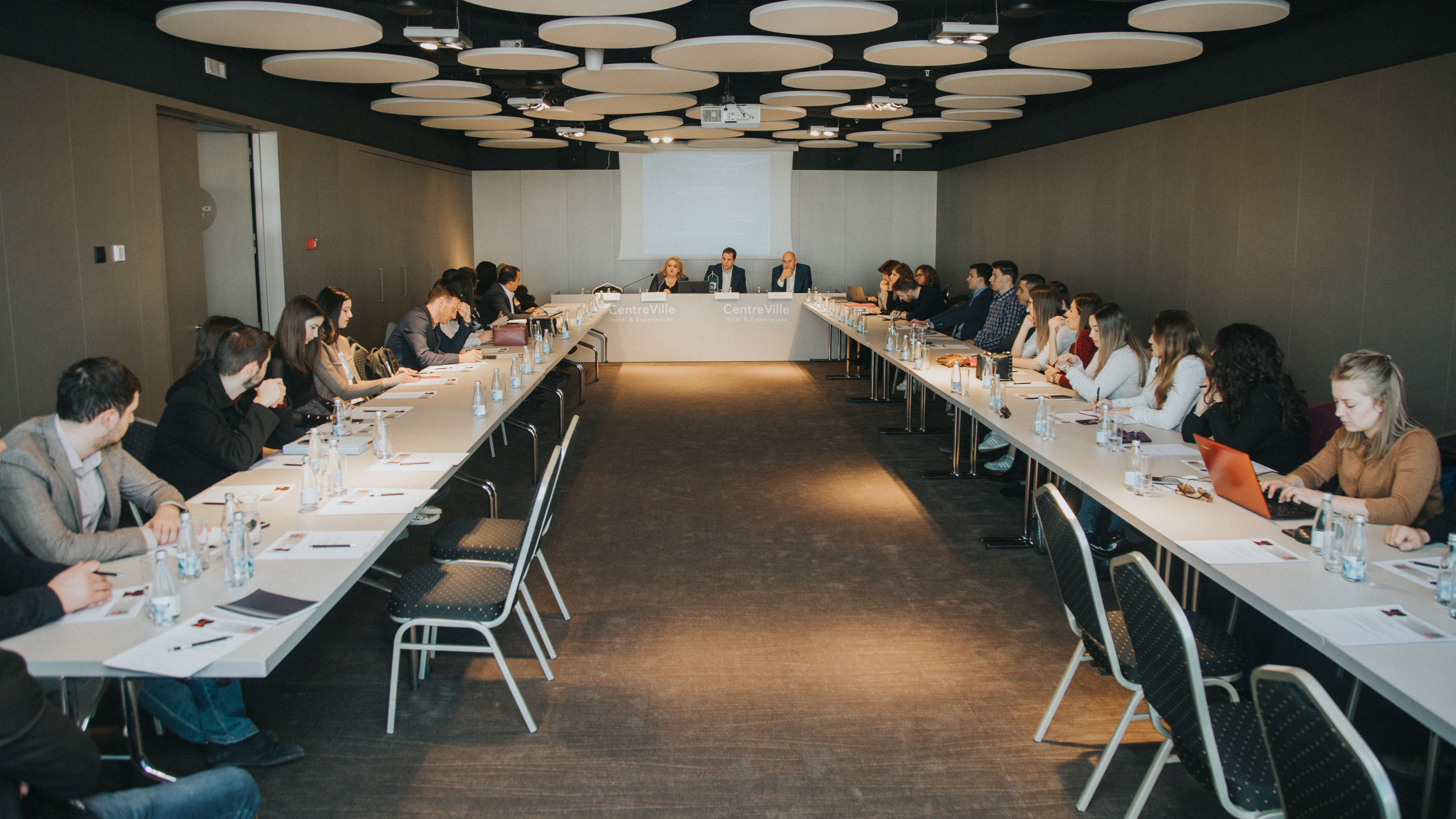 Rodic assessed that the system of special education for investigating and prosecuting war crimes has never been established, and also noted lack of resources of the competent state authorities dealing with this matter.

‘We have been on the path towards European Union for a long time, but that has not led to significant progress in the adequate processing of war crimes at the territory of Montenegro or those related to Montenegro,‘ he said. Rodic added that international pressure and work of non-governmental organizations contribute to dealing with the past, which, as he claimed, leads to accelerated work on these cases. ‘The results of such processing and work under pressure are reprimanding in what has been done,’ he claimed in brief reflection to his work in certain cases.

‘In four most complex cases that were also the most present in public – ‘Morinj’, ‘Kaludjerski Laz’, ‘Bukovica’ and ‘Deportation’ – 86 percent of defendant were acquitted, which indicating that the results of the Special State Prosecutor’s Office were not commendable. Professional work on these cases is of common interest to all of us,’ said Rodic.

Rodic considers that ‘these procedures were hasty and insufficiently investigated, followed by lack of education in both the Prosecutor’s Office and the court because the first instance courts made the same mistakes as the Prosecutor’s Office. The consequence of this work is that 26 people spent 481 months illegally deprived of their liberty, and that is over 40 years of unfounded slavery,‘ he concluded.

Marijana Toma, regional expert for transitional justice from Belgrade, reflected on the track record of countries in the region in dealing with the past and transitional justice processes. She underlined the importance of establishing responsibility and criminal justice, but also other mechanisms of dealing with the past, such as establishing and acknowledging truth, compensating for caused damage and acknowledging suffering of the victims, with an inevitable reform of institutions.

‘The region of the countries of the former Yugoslavia is one of the most important case studies in the field of transitional justice. However, this process enjoys neither the attention nor the support of political elites and academic community in the region. Although significant progress has been made in the area of ​​criminal prosecution of war crimes, the efforts to establish the facts about the crimes and the confessions of the truth, as well as material and symbolic reparations for victims and institutional reforms, have not been adequate. Namely, all this was not victim-focused and there was generally not done enough to be able to talk about honest dealing with the past,‘ said Thomas. 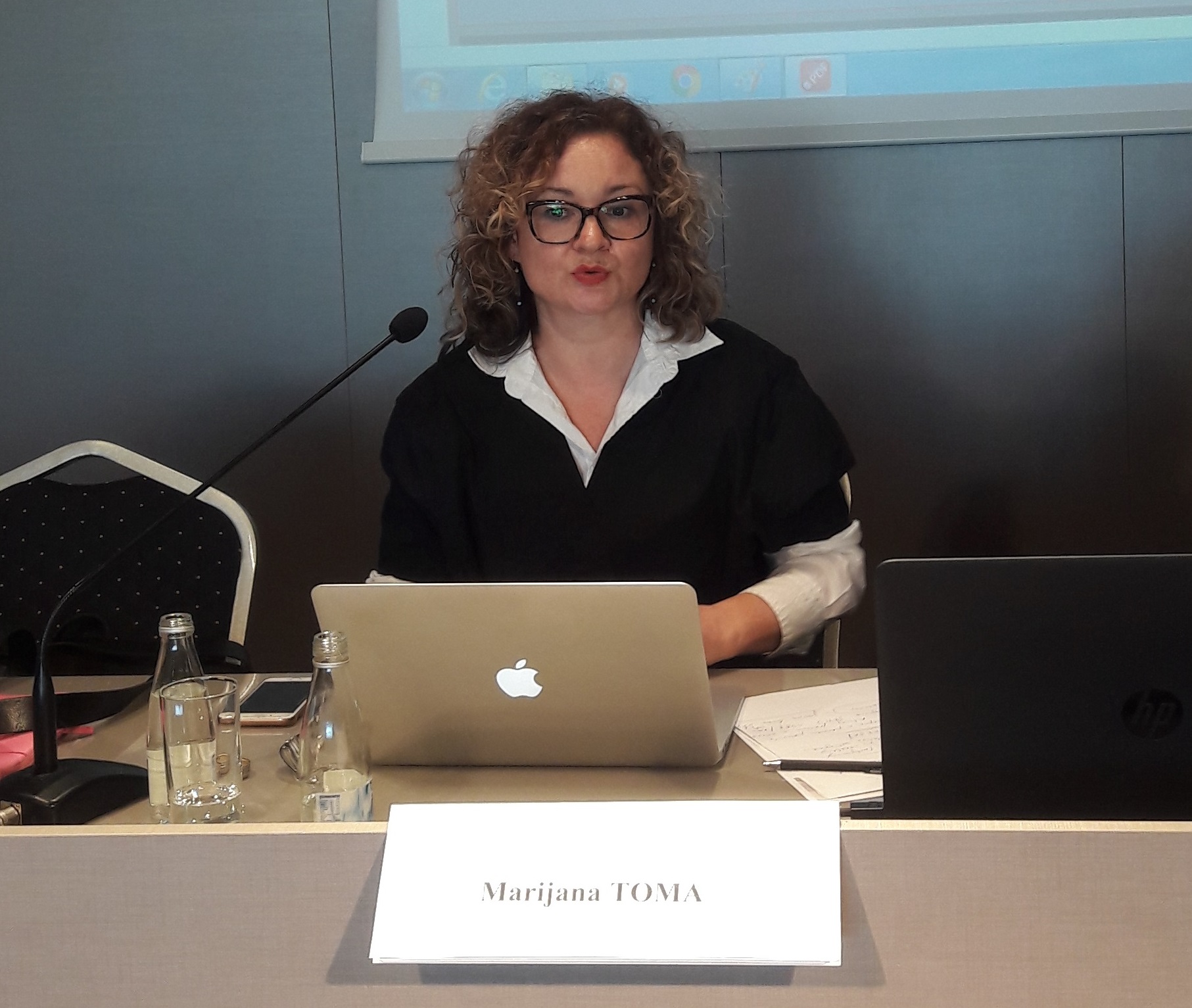 Toma emphasized the contribution of the International Criminal Tribunal for the former Yugoslavia (ICTY) to the process of dealing with the past, with focus on the Tribunal’s contribution to the development of a national war crime system, international law, but she also critically reviewed the influence of Hague Tribunal in the reconciliation process in the region.

The national training gathered about 50 participants, members of the younger generation of holders of judicial functions, legal experts from different sectors, representatives of the Ministry of Justice, Ministry for Human and Minority Rights and student associations, as well as the civil sector dealing with transitional justice issues. Also, the training was attended by the participants of the II generation of the Traveling School for Transitional Justice.