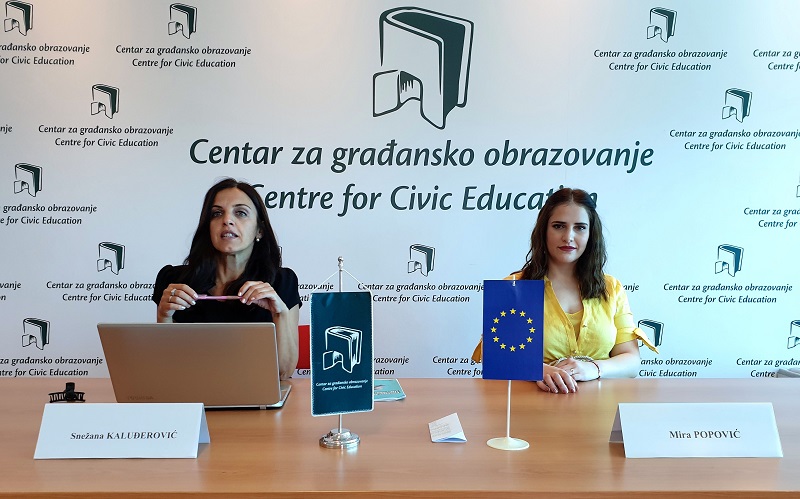 Mira Popovic, Programme coordinator, reminded that one of the CCE’s focuses is higher education and work of the University of Montenegro (UoM), as the oldest and largest higher education institution financed by citizens through the Budget. She stated that to drafting this study, the CCE sent requests for free access to information to the UoM, i.e. the Rectorate of the UoM, as well as to some of its organizational units (Faculty of Maritime Studies, Law Faculty, Faculty of Philosophy, Faculty of Mechanical Engineering, and Music Academy).

The requested information referred to the certified financial reports for the last five years, with closing sheets or gross balance sheet, specifications of revenues, analytical cards of the largest costs, major customers and suppliers, and expenditures for employee wage costs. Also, contracts and invoices for the purchase or sale of tangible assets exceeding €5,000 were requested, including an inventory of assets, active loans and guarantees, and internal audit reports with recommendations.

’Within the process of gathering information for this analysis, we note the greatest inaccessibility of UoM so far. Namely, some faculty units were ready to submit this documentation. However, after the response of the rector Danilo Nikolic, which hides information about the financial operations of UoM, an identical template response arrived from all faculties. These answers indicate that part of the requested documentation is available on the UoM’s website, which the CCE researchers failed to verify by additional verification, except for a few half-pieces of information. Physical insight was allowed for the remaining extensive documentation, which functionally disabled access to information, because in that way no analysis of these information can be done. For more than a decade, we have not seen that the non-transparency at UoM develops to an organized restriction of faculty units in providing information of public importance as during the term of this rector,’ claimed Popovic.

’The Managing Board headed by Dusko Bjelica, which ignored our urgencies, also participates in this. Finally, our impression is that the Government of Montenegro directly protects non-transparent practices at the UoM, as supported by the fact that members of the Managing Board from the Government were aware of this CCE’s request, as well as the Prime Minister, but also that the same Managing Board re-elected this rector in June 2020. Protection instead of sanctioning non-transparency is not good. It is particularly worrying when such an approach is supported by an institution that educates young people and which, with its consistent respect for the law and transparency, should serve as a role model for these young people,’ she concluded. 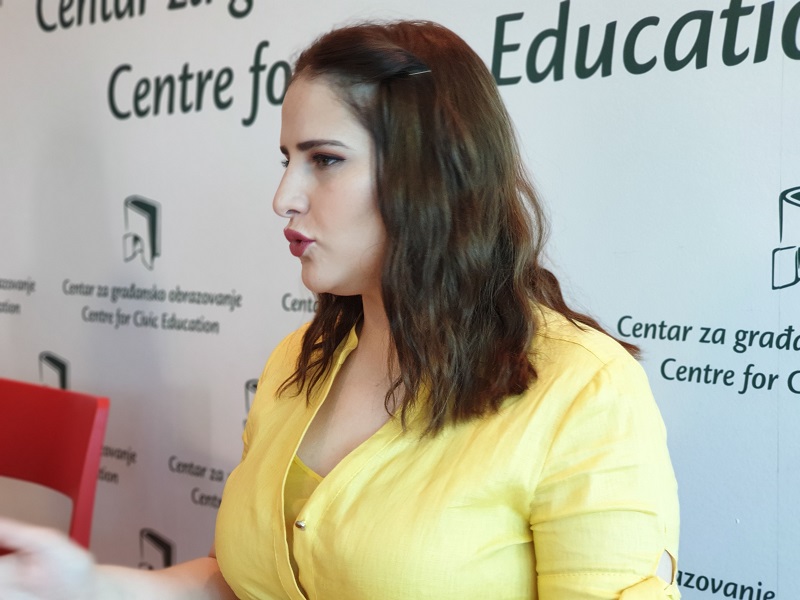 Snezana Kaludjerovic, a Senior legal advisor at the CCE and co-author of the study, emphasized that the analysis also includes a review of the legislative framework which is important for understanding the financing of UoM. ’The Law on Higher Education was adopted in 2003, and it was amended in 2010, 2014, 2017 and 2019. Within the part of these changes, the management of UoM was given broad powers concerning financial resources. However, we note that there is a lack of control and transparency when it comes to spending those funds,’ she said.

’I would remind that since the 2017/2018 academic year, the undergraduate academic studies are free, due to which UoM receive significantly increased funds from the Budget, per the Financial Agreement with the Government of Montenegro. This agreement is made for three study years, and UoM receives the allocated funds on an annual basis if it fulfils the objectives set as performance indicators. The agreement specifies that independent external and internal financial control is performed in the work of UoM. So far, the Government has not conducted an independent external audit of UoM’s financial operations, and UoM’s internal audit reports are not available to the public, which is a ’bad message’ when it comes to commitment to good management by both the Government and UoM,’ assessed Kaludjerovic.

’It is important to note that the Statute of UoM prescribes that the Managing Board of UoM in a General Act regulates the type, scope, and deadlines for audit. This provision of the Statute of UoM is contrary to international standards for internal audit, which stipulates that the head of the Internal Audit Unit must define risk-based plans to determine internal audit priorities, which are consistent with the objectives of the organization. Besides, this provision is inconsistent with the Law on Public Internal Financial Control System, which prescribes that the strategic and annual internal audit plan is prepared by the head of the Internal Audit Unit based on an objective risk assessment and approved by the head of the entity,’ she accentuated. 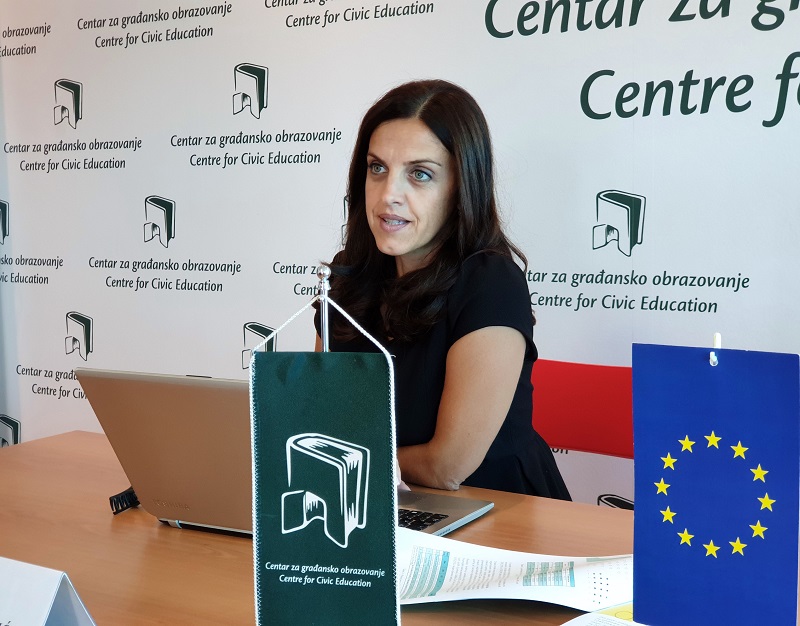 There is no consolidated financial plan on the UoM’s website in the form as envisaged by the Statute of the UoM nor individual financial plans of organizational units. ’Based on the available financial plans from the UoM’s website, we made an analysis of planned revenues and expenditures for the period from 2015 until 2019. Data on the amount of planned cash balance on UoM’s accounts indicate significant deviations of the balance at the end of the previous year compared to the beginning of the current year. These deviations ranged from €1,988,977.83 to €6,077,633.44. Also, there are significant deviations of the planned cash balance concerning the used one, and they ranged from 108.30% to 1,592.64%, i.e. from €889,531.49 to €10,101,805.31. The deviations determined in this manner, with a lack of transparency of financial plans and reports of organizational units, represent an indicator of concerning shortcomings in the functioning of internal controls and corresponding professional responsibility of persons involved in the planning process both at the level of the UoM and at the level of organizational units,’ stressed Kaludjerovic.

’On the UoM’s website, not all reports related to the Annual Financial Reports are published as determined by the Statute of the UoM, which corroborates the previous findings of the CCE on the non-transparency of UoM, whether it is a matter of direct hiding of all data or partial publishing with omitting some key data that may reveal the essence. The data from these available reports indicate that during the five years UoM had revenues of €155,526,911, and the published expenditures amounted to €146,250,569. A more detailed analysis of the mentioned revenues and expenditures cannot be conducted due to the unavailability of data. However, from the available documentation, we can conclude that the analysis of a larger number of information about revenues and expenditures would be very important for further understanding of the manner of financial management’, assessed Snezana Kaludjerovic.

’Comparative analysis of planned and used revenues and expenditures by fiscal periods determined that the largest deviations relate to gross earnings; other personal income, expenses for materials and services; current maintenance; interest expenses; rent, etc. noting that some were significantly higher and some significantly lower. It implies poor planning or a poor method of budget implementation. A similar situation characterizes public procurement that registers the continuity of poor planning and these plans change on average up to 10 times a year,’ said Kaludjerovic.

’The Regulation of the UoM prescribes the procedure for rewarding the citation of papers according to Scopus, i.e. in WoS (Clarivate Analytics) for individual authors, which is disputable. Namely, the Regulation prescribes rewarding authors, i.e. employees for something that is their obligation determined by the Law, the Statute, and the Collective Agreement for which they receive a regular salary. Furthermore, the Regulation envisages retroactivity, i.e. it prescribes the right to rewards starting from 2018, and the Regulation was adopted on 17 January 2020, which is an issue that requires special attention,’ she concluded.

The analysis was produced within the framework of the project ’Financing of higher education under magnifier’, implemented by the CCE with the support of the Centre for Civic Initiatives and the European Union, through the SELDI programme.