Centre for Civic Education (CCE) and Konrad Adenauer Stiftung have published “Parliamentary Elections in Montenegro – Election Programes of Parties and Coalitions 2020” which brings the integrated official election programmes of all actors who participated in the parliamentary elections held on 30 August 2020. 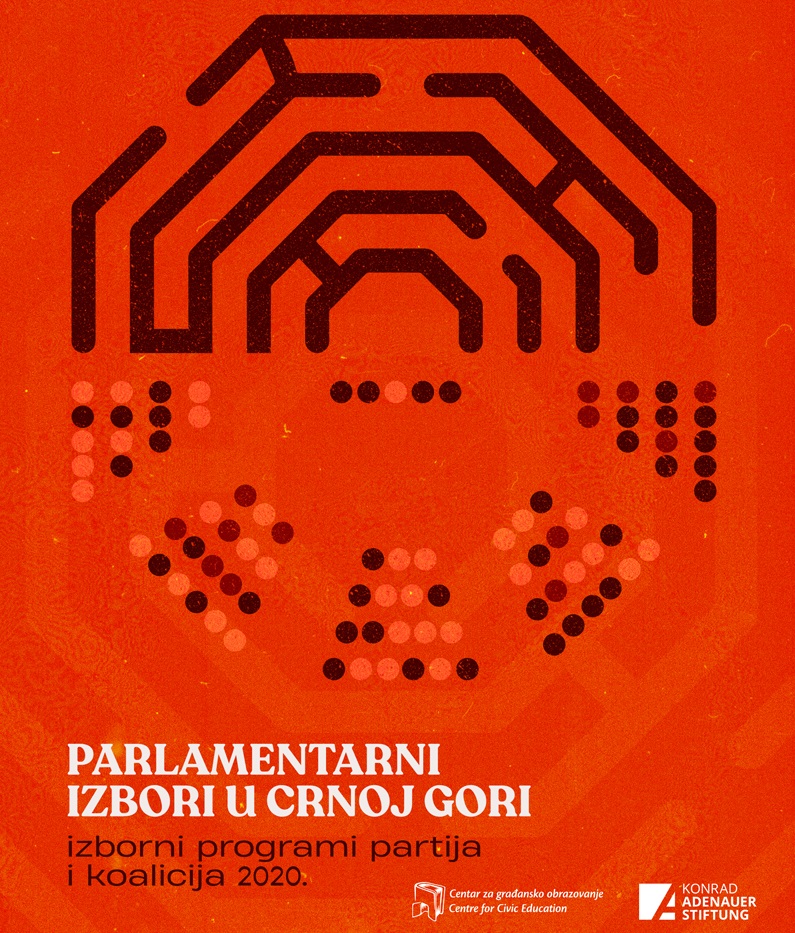 For more than a decade, CCE has been monitoring the election processes in Montenegro through the “Political Memory” sub-programe, building a unique documentation base of election manifestos in Montenegro. In this context, the new publication maintains the continuity of these efforts to preserve the main policies of political actors as an instructive imprint of the time in which they originated, but also as a reminder to citizens of the promises they were given during the elections.

Eleven coalitions and parties participated in the 2020 parliamentary elections, five of which were the minority, with nine electoral lists gaining parliamentary status. The elections were held in the specific conditions of the pandemic caused by the COVID-19 virus, and the election programmes were essentially in the shadow of growing national and related identity tensions. The parliamentary elections in 2020, for the first time, led to a change of government, and as such, despite the uncertainty which lies ahead of the new parliamentary majority and Government, they represent an important moment in the relatively young Montenegrin democracy.

This publication aims to continue to contribute to the objectification of the Montenegrin political scene. The evolution of political programmes and the degree of sustainability of promises is an indicator of the democratic path of a certain society, but also of the development of democratic mechanisms by which one can react to the anomalies of the promised and delivered.

The publication is intended for educational institutions and individuals in the analysis of the Montenegrin political system.

CCE expresses its gratitude to all political parties and coalitions that participated in these elections for their openness for cooperation and understanding of the importance of creating such publications.