Centre for Civic Education (CCE) presented research findings of the presence of LGBTI issues in current school programmes, within the project „LGBTIQ – everyone is some letter! “, which is implemented with the financial support of the Ministry of justice, human and minority rights. 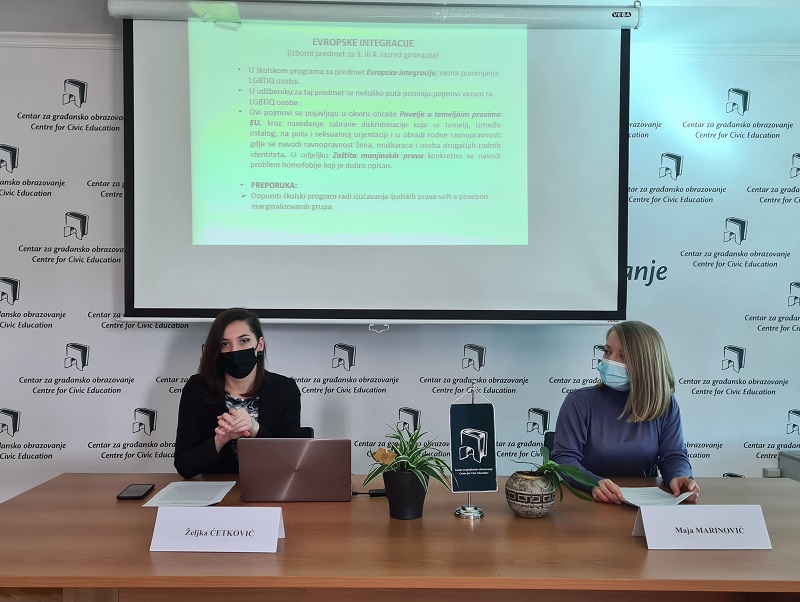 The research of school curricula and textbooks for gymnasiums and secondary vocational schools was conducted from 1 November 2020 to 25 January 2021 by six researchers of the CCE. A total of 18 subjects for secondary schools, i.e. 24 textbooks in which LGBTIQ terms were expected to be found were analysed. „The research itself was based on 118 keywords and phrases referring to LGBTIQ issues. Also, in school programs and textbooks were identified spaces in which LGBTIQ issues could be addressed but this missed out “, stated Maja Marinovic, Programme Associate in the CCE.

The research has indicated that conceivably the most content about LGBTIQ persons and rights of this group was found within the subject Healthy lifestyles. „This textbook addressed LGBTIQ issues in a satisfactory manner, pointing out differences, but also emphasizing the importance of accepting the other and different one. Unfortunately, its influence is limited, because it is an elective programme. Also, further useful websites are found in it, although they should be updated and expanded in range“, said  Zeljka Cetkovic, Active citizenship Programme Coordinator in the CCE. 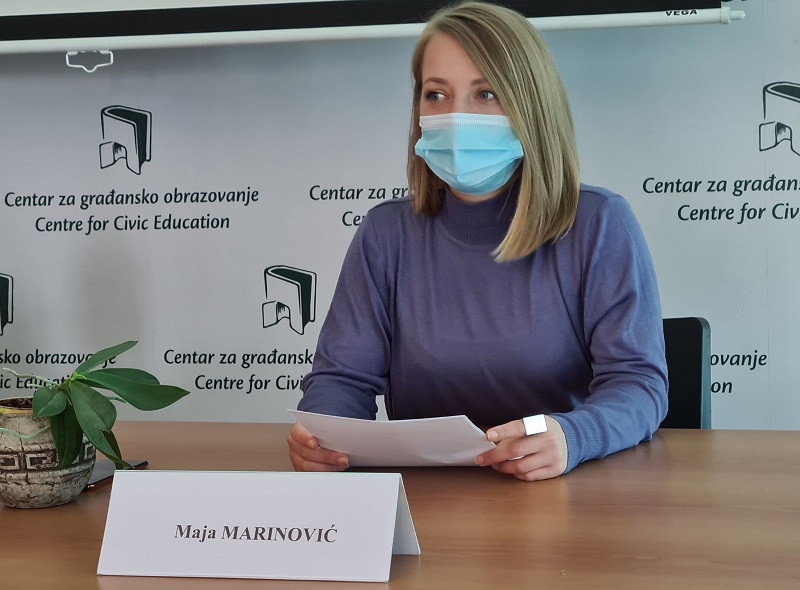 School curricula of the subject Individual in the group, as the addition to graduation standard for subject Psychology for III and IV grade, do not contain direct mentioning of LGBTIQ persons, but it envisages learning causes of prejudice and stereotype occurrence and understanding of their negative influence. This subject apart from Healthy lifestyles has the most possibilities to address LGBTIQ issues especially because the majority of problems of LGBTIQ persons originate from the fact that the majority do not accept them as individuals who are equal and equitable, as stated at the press conference.

Within the subject Montenegrin – Serbian, Croatian and Bosnian language and literature there is no mention of LGBTIQ issues in its school programme, and it is minimally mentioned in textbooks for all four grades of gymnasium and two grades of secondary vocational schools. „Though, some writers who are included within these textbooks were either openly or assumably homosexual and bisexual persons, although it is not stated in their biographies in these textbooks “, said Cetkovic. In this regard, it is recommended to include in textbooks of all grades in which this subject is taught at least one literary work that addresses or mentions LGBTQ persons as main or other characters.

School curricula of the subject Ethics for 4th grade of Gymnasium does not mention LGBTIQ issues, and these are not addressed in the additional textbook either. “Within the “Lessons on types of discrimination and grounds for discrimination state the following: gender, age, race, nationality and property status, so it would be good to mention discrimination based on sexual orientation and gender identity at least within this lesson “, Cetkovic pointed out.

Curricula of subject Sociology of culture does not contain terms related to LGBTIQ. Homosexuality is mentioned once trough through lessons on activities that can be considered deviant in one society and completely normal in another, noting that homosexuality used to be a crime in Great Britain. „It would be good to correct the state from that lesson of this textbook and to make it clear to the pupils that not only homosexuality is legal, but that rights of homosexual and other LGBTIQ persons are protected and their equality with other citizens are prescribed by the strict prohibition of discrimination based on sexual orientation and gender identity’‘, underlined Cetkovic.

Although there is no mention of LGBTIQ persons in the elective curriculum European integration, in the textbook for these subject terms related to LGBTIQ persons are several times mentioned, first within the lesson on EU Charter of Fundamental Rights. Lessons dealing with gender equality address equality of women, men and persons of different gender identities. The section on the Protection of Minority Rights specifically mentions the problem of homophobia, which is well explained.

Curricula of subject Psychology for 2nd grade of Gymnasium in section Personality and mental health envisages that pupils need to know what identity is, to make the difference between different identities (personal,  professional, sexual…). ‘’Although within the textbook for this subject defines personal identity, it does not address different identities as stated in the programme, i.e. sexual identity is not mentioned at all. Therefore, the recommendation for this subject is to include different identities and aspects of identity in the textbooks and lessons, especially sexual and gender identity, ” Zeljka Cetkovic explained. ‘’Also, it would be good to mention the expectation of the part of society that LGBTIQ persons renounce homosexual or transgender identity to be accepted in society, which mainly results in auto-homophobia, transphobia and biphobia, and consequently cases of discrimination and violence which finally leads to the mental disorders of LGBTIQ persons “, she claimed. 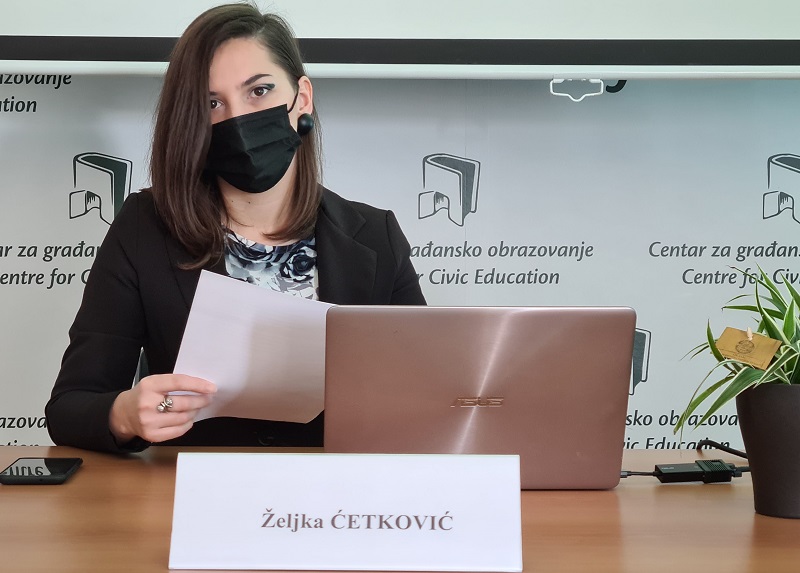 Curricula of Psychology for three-year secondary vocational schools does not mention LGBTIQ persons, as well as the accompanying textbook, although in section 2. Biological basics of mental life briefly note that sexual development and sexual orientation are not the same to all and that those are issues which are provoking opposite attitudes of people.

Curricula of Sociology for 4th grade of Gymnasium within Theme 3.3. Socialization, hominization, free time and idle as one of the activities envisages that pupils do the research and presentation about the right to diversity: sexual orientation. However, the textbook does not contain mentions of LGBTIQ persons, although there was space for it.

The objective of this project is to contribute to the improvement of the position of LGBTIQ persons in Montenegrin society, reduction of harmful consequences of discrimination and violence towards LGBTI persons as well as to stimulate the educational system and its positioning as one of the barriers against discrimination and violence towards LGBTIQ persons.