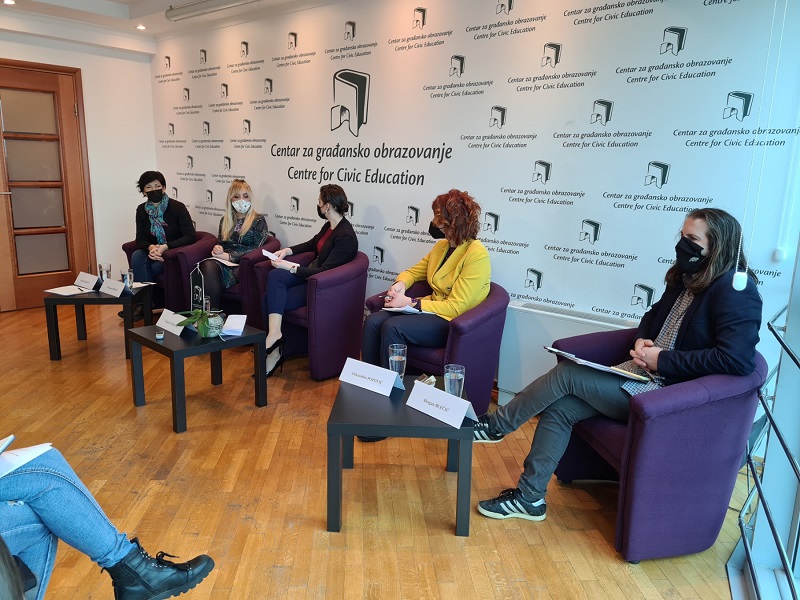 The competition for the best journalistic story that addresses the position of persons with disabilities in Montenegro lasted from 15 December 2020 to 15 January 2021. “The CCE received 15 stories, published in various media and formats. The nuances decided within the quality stories, and the Commission was guided by criteria: application of the correct terminology; reporting that respects the dignity of PWDs; promotion of social inclusion of PWDs and activities that lead to the inclusion of PWDs in the political, economic, cultural and social life on an equal basis with all citizens; strengthening media awareness of the harmfulness of prejudice, stereotypes, discrimination and exclusion of PWD”, explained Željka Ćetković, coordinator of the Active Citizenship programme, stating that the award is shared equally by Irena Rašović, RTCG journalist and Svetlana Višnjić, journalist of daily Pobjeda.

Aleksandra Popović, an independent advisor at the Ministry of Justice, Human and Minority Rights, pointed to the wide scope of the Ministry’s responsibilities and demanding plans. “The Strategy for the protection of persons with disabilities from discrimination and the promotion of equality focuses on the harmonization of regulations with laws and the UN Convention, with their implementation in Montenegro. The multiple discrimination problem will be a special part in the new Strategy, and in the next period the activities of the Ministry are planned through the sector that will deal with persons with disabilities“, she said. Popović emphasized the importance of co-operation with NGOs and the media as an incentive to make progress in this area. “Promotion is very important and one of the recommendations of the UN Committee is that the media must report by the principles based on equality, which in practice means highlighting the positive things related to PWD to confront prejudices and stereotypes. With the promotion, quality and timely education, researches that monitors the level of awareness in society, can contribute a lot to respect the rights of persons with disabilities”, concluded Popović. 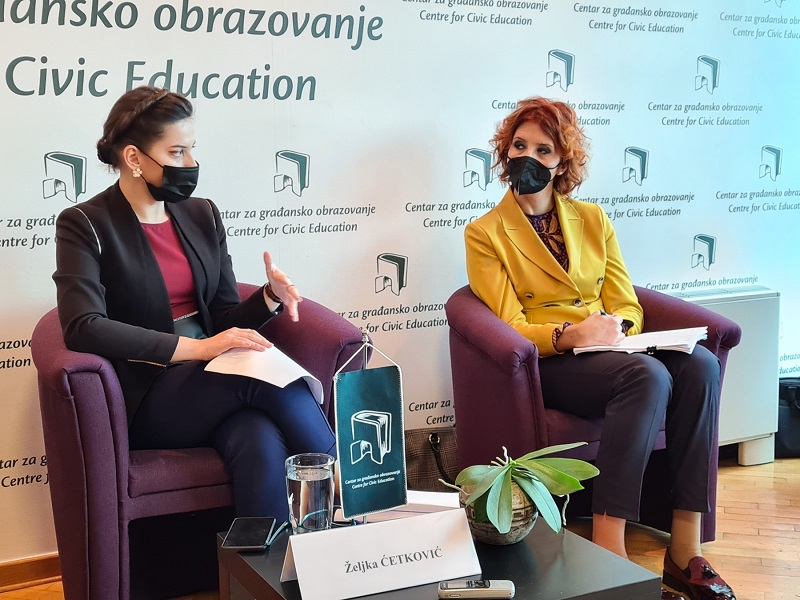 Irena Rašović, RTCG journalist and winner of the award for a report on Rastko Radulović, a student with autism, said that the role of the media in raising awareness overcoming barriers and reducing discrimination against PWD is immeasurable and that this partnership leads to the wider result in Montenegro. “When I started working in this field, in society and journalism, the medical approach prevailed and the problems and topics related to PWD were approached from the angle of the shortcomings and problems this carry. Over time, the situation in Montenegro changed, and I am glad that today we talk about PWDs as equals, as someone who may have certain difficulties in functioning, but only because the value system and environment are not yet open enough. Emphasizing these issues in the media is important for citizens to begin to perceive PWD differently “, concluded Rašović. Her story about autism through the success of one young man, Rastko Radulović, showed how important an adequate approach in a family is and what the overall response of the system can bring.

Svetlana Višnjić, a journalist of Pobjeda and winner of the award for the story “Champion in the field and in life”, believes that journalism should not be seen as a profession but as a duty that all stories that are worthy of attention public needs to hear and get to know them, and that in this manner she approached the award-winning story of Ivan Ćorović, a talented athlete. “We are a specific society and people react strangely to some things because they are afraid. This is a way for them to get to know each other and understand that we are all equal, and that differences are not a reason not to be given a chance. On the contrary, differences are the reason for us to get to know each other and adapt to each other,” stated Višnjić. Through the story, she recalled many situations faced by PWDs, and that Ivan encountered acceptance concerning society, while the relationship with institutions is problematic and that is why he recalls it through the story. 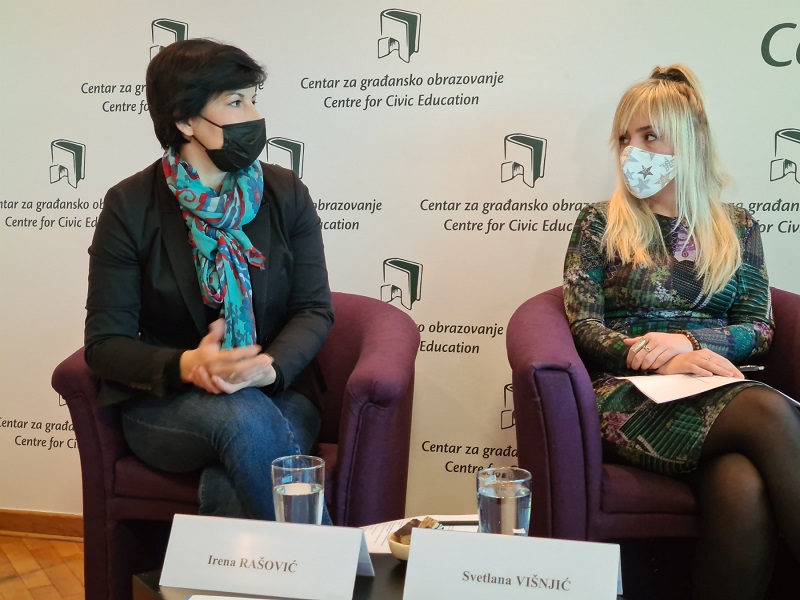 Dragan Blečić, a beneficiary of the PWD community programme and currently employed as a legal assistant, pointed out that the position of PWD has improved but still is not at a satisfactory level, as well as the uncertainty of acceptance, limited opportunities for independent life in the community and frequent institutionalization of PWD which should be changed through programmes for PWDs that enable their inclusion. “Life without barriers is necessary if we want to build a healthy and open society. There are numerous problems that PWDs face: accessibility to public areas and institutions, educational programs (Braille and sign language), transportation, employment, frequent access to the medical model of disability … ”, he reminded. 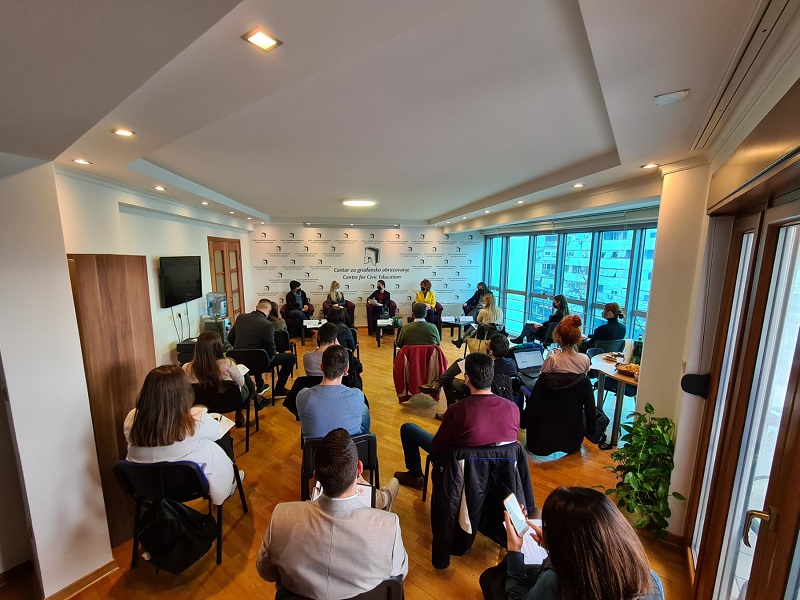 During the panel discussion, the importance of raising awareness about the harmfulness of prejudice, stereotypes, discrimination and exclusion of PWD was stressed, and media reporting of persons with disabilities in an inclusive and non-discriminatory manner was affirmed. The panel was attended by 20 representatives of NGOs, the media and representatives of the PWD community. This event is part of the project “Equality for All – Discrimination NO“, implemented by the CCE with the financial support of the Ministry of Justice, Human and Minority Rights.