The media have an important role as guardians of the public interest, and through investigating and reporting on issues that affect the lives of citizens, seeking for answers and encouraging institutions to respond more effectively to malignant phenomena, they contribute to the democratization of society, as it was stated today at the event organized by the Centre for Civic Education (CCE) at the EU info centre, on the occasion of the award ceremony for the best investigative story that produced a specific change. 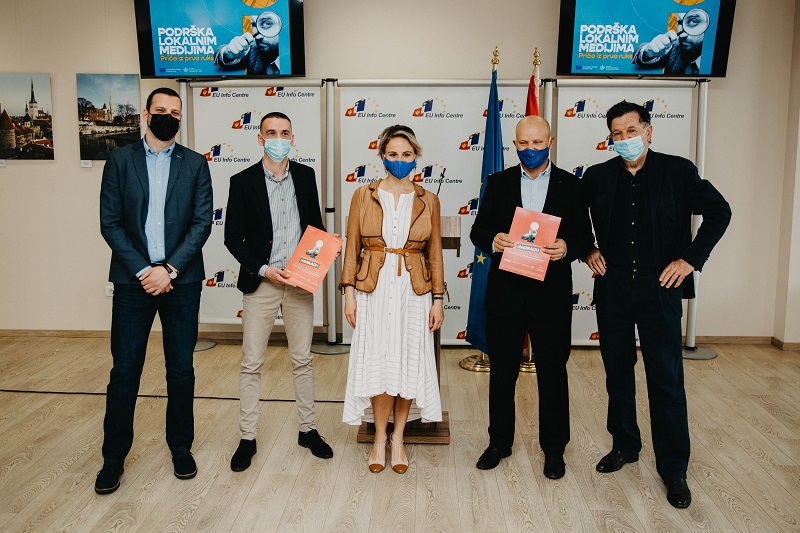 Development Coordinator at the Centre for Civic Education (CCE) Damir Nikočević stated that the media and journalists prove their commitment to the profession through objective informing of the public that sheds light on the process and quality of decision-making. “Journalism must remain immune to any external and internal manipulation, while journalists must keep the public interest ahead of the particular one”, he emphasized. Nikočević said that within the project “Support to local media – first-hand stories!”, activities related to strengthening the capacity of journalists were conducted as well as sub-granting of local media. “All these activities, as well as this competition which refers to awards to journalists for the best investigative stories, are an incentive for media representatives to work even harder and more persistently on reporting on numerous important issues on the Montenegrin path towards the European Union”, explained Nikočević.

Slobodan Georgiev, Programme Director of the Newsmax Adria, emphasized the importance of competition in which prizes are awarded to journalists, given their difficult position and the decline in the value of the media. “The submitted stories give a bigger picture of what is happening in Montenegro. It shows great effort and interest in people – which is sometimes neglected in journalism, particularly investigative. Within this competition, we had some great examples that have demonstrated how persistent journalistic work can force influential people in power or those associated with powerful businesspeople to give up their corrupt actions that harm citizens and even do something that can bring good. Most of the submitted stories are constructive, leading to specific change and help citizens”, he assessed.

16 research stories were submitted to the competition, which lasted from 14 February to 14 April 2021. The jury members were Slobodan Georgiev, Siniša Gazivoda, lawyer and expert on freedom of expression, Nevena Krivokapić, Coordinator for Freedom of Expression and Online Media at SHARE Foundation, and Damir Nikočević. The jury assessed each submitted investigative story by evaluating the addressing of problems relevant to society and citizens, topicality and its representation in public, revealing facts of public interest, the quality of elaboration of the key problem, the degree of verification and information that the research story encourages.

The first place in the competition and a prize of 1000 euros won the journalist of the portal Ul Info Mustafa Canka for the story “Experts warn that Adriatic is becoming a container of hazardous waste: LESS AND LESS FISH, MORE AND MORE PLASTIC” published by the Center for Investigative Reporting (CIN);

“Journalist Canka successfully identified and through an understandable manner elaborated on key aspects of the problem. After this article, in 2021, the public company responsible for the management of marine assets has allocated more funds for projects of cleaning waste from the sea”, Nikočević pointed out in the clarification. 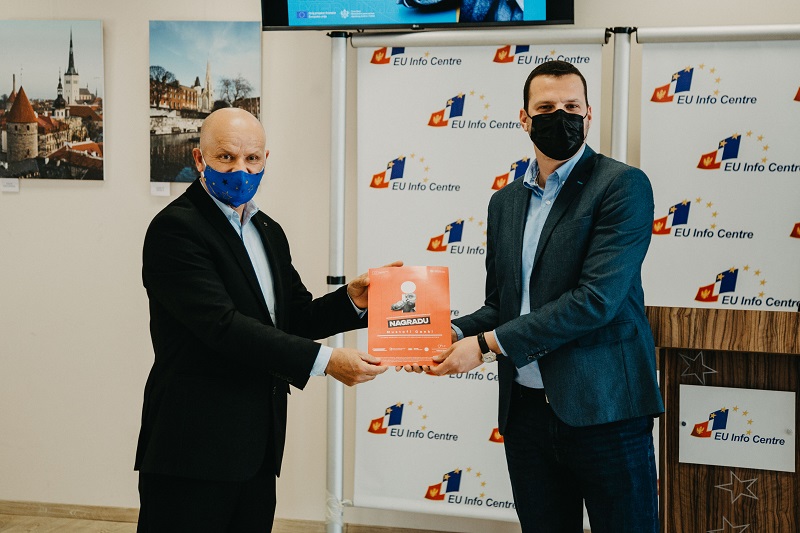 The second prize (700 euros) won journalist Miloš Rudović for two articles on the working conditions of psychiatrists at the Special Psychiatric Hospital in Kotor, published in daily Vijesti.

“These are texts “One psychiatrist for 250 patients” and “The Special Psychiatric Hospital in Kotor will pay for both shifts”. After the reporting of “Vijesti”, the director of the Special Hospital, Petar Abramović, decided to pay shifts for both doctors in the future. The problem in health care was highlighted by the writings of journalists, which, unfortunately, due to the pandemic, was not sufficiently represented”, stated Nikočević.

The jury awarded the third prize (400 euros) the journalist Dušica Pavlović for the investigative serial “Two Colors of Wine” broadcasted on RTCG.

“Two episodes (episode 1 and episode 2) of this serial has shown how the state manages its resources, i.e. Plantaže, which is majority-owned by the state, thus putting the misuse of state resources by a narrow circle of people in the public spotlight”, Nikocevic stated.

After clarifications of decisions, the winners were addressed as well.

Mustafa Canka considers that the award is an encouragement to all colleagues, especially younger ones, who work in the local media and are more exposed to pressure and self-censorship. “If we think globally, and act locally, the change will be for the better. The story of plastic has already become global, but also local because our Adriatic, right before our eyes, is becoming a container of plastic. Therefore, this text is a scream, longing or SOS for Adriatic, a testimony to that painful fact or additional enlightening the phenomenon that has and will have severe consequences for our sea, but also our tourism and economy in general,” he explained.

Miloš Rudović pointed out that the motivation of journalists is, above all, the desire and will to help citizens and society. “With this story, we have enabled the psychiatrists of the Special Psychiatric Hospital in Dobrota to exercise their rights, which have been denied to them for years. I believe they are doing their job more satisfied and that their patients, one of the most vulnerable groups in Montenegro, also receive the benefit of it”, said Rudović.

Dušica Pavlović said that the award is a great incentive for journalists to continue to do their job better. “I would like to remind you that series of the show “Mechanism” was done with the support of the U.S. Embassy in Montenegro. I am pleased that investigative journalism in Montenegro is increasingly recognized as important and I believe that in the coming period it will be upgraded. I believe that this is possible only through a responsible approach to journalism and, of course, in the interest of all citizens, i.e. public interest”, highlighted Pavlović. 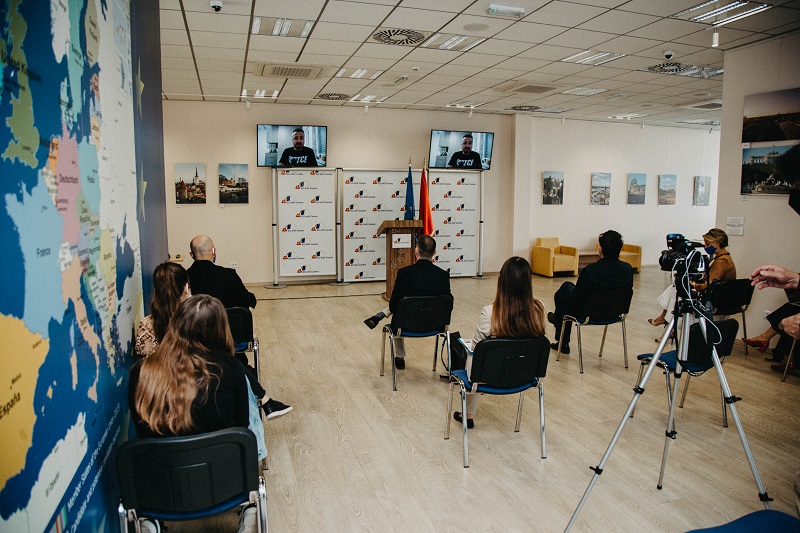 The event at the EU Info Centre was organized on the occasion of the upcoming World Press Freedom Day (3 May), whereby the CCE makes a symbolic contribution to the celebration of this date.

The competition is organized within the framework of the project “Support to local media – first hand stories! -supporting investigative journalism and media literacy at the local level in Montenegro” implemented by B film Montenegro, Centre for Civic Education (CCE), SHARE Foundation and Institute for business and financial literacy. The project is funded by the EU through the Delegation of the European Union to Montenegro and co-financed by the Ministry of Public Administration, Digital Society and Media of Montenegro.