Centre for Civic Education (CCE) with its regional partners – Forum ZfD (Belgrade), the Youth Initiative for Human Rights (Zagreb) and Association for Modern History (Sarajevo) – created a set of supporting teaching curriculum on anti-war and peaceful initiatives during 1990s wars in former Yugoslavia. 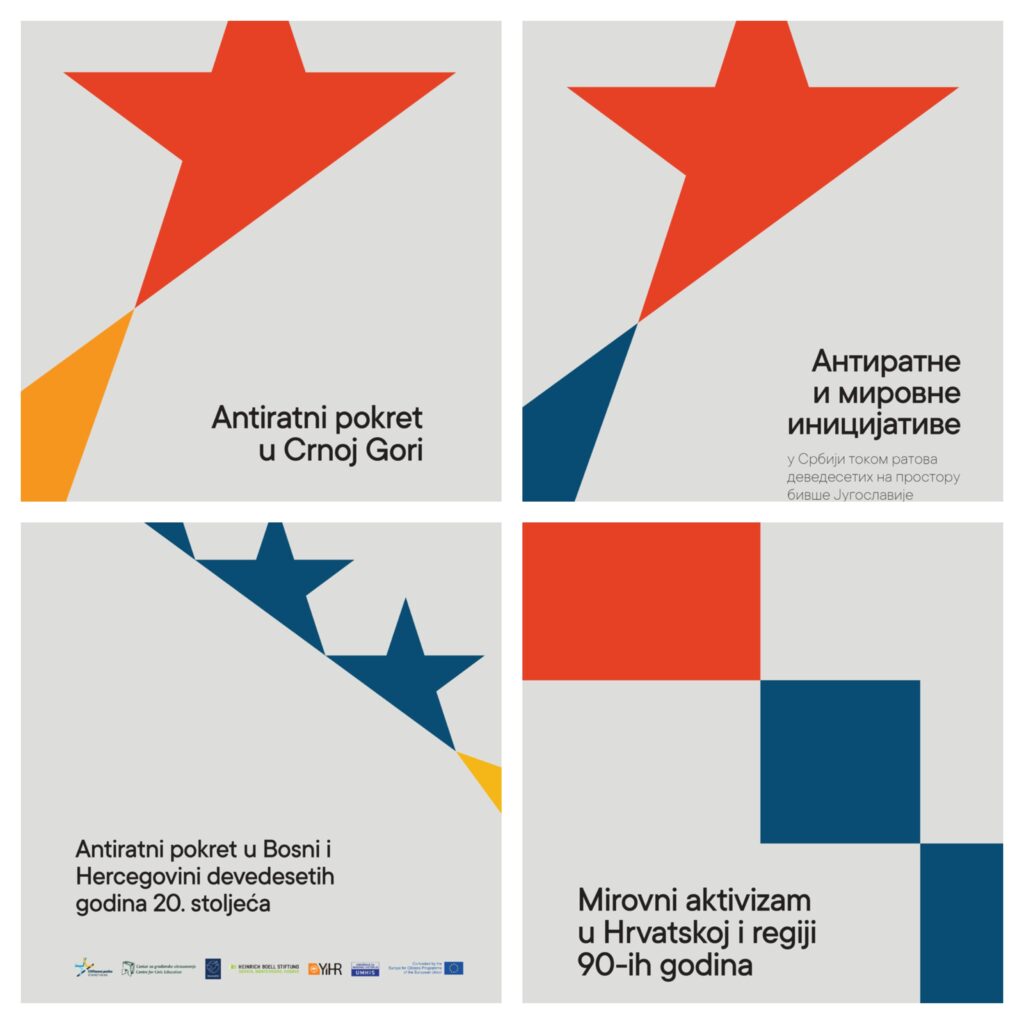 These teaching workshops arose from the need to present part of the history that is insufficiently familiar and represented in national curriculums, and apart from national it also has a regional dimension. Anti-war movements and peaceful initiatives during the 1990s wars in former Yugoslavia had far-reaching influences on the events of the 90s as well as on the development of Post-Yugoslav societies, and these remain without adequate addressing within the educational process.

The regional author team created four national workshops that primarily use sources from the country they address but are designed according to jointly harmonized methodologies. Each workshop includes a methodological and contextual introduction, focusing on challenges and importance of teaching this issue, selected set of national sources, as well as individual examples for implementation of class with provided sources.

History educators from the region have the opportunity to use any of the four designed curriculums for their country, with sources from their or other countries, and to widen knowledge about this significant social movement through comparative analysis.

The material was piloted through four national workshops, held online during July in Croatia, Serbia and Montenegro and within the History Fest in Sarajevo.

Workshops on Anti-war and peaceful initiatives during the 1990s wars in former Yugoslavia were created within the project “Different paths – shared values” supported by the European Union, within the programme Europe for citizens.