“Politicians artificially position issues that are not of priority for Montenegrin citizens, thus deepening divisions, which at the same time causes the domination of belief that the state is moving in the wrong direction, that the incomes of citizens are not meliorated, as well as that political change brings a wave of revanchism – which is especially dangerous for the size and structure of society such as Montenegrin”, as it was concluded, inter alia, at today’s presentation of research findings within the framework of the joint initiative of the Centre for Civic Education (CCE) and DAMAR agency – MNE Pulse. 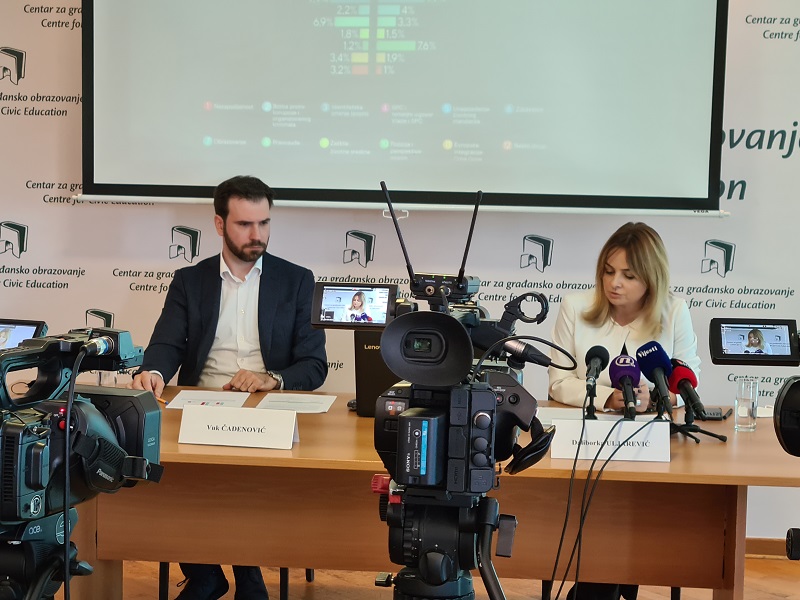 Daliborka Uljarević, CCE Executive Director, stated that according to the data “nowadays, slightly less than one-third consider that Montenegro is moving in a very good or good direction, while last year, the same opinion had slightly more than one-third. In total, the number of those who believe that current trends are wrong has increased – there is 45.9% of them today, compared to 35.5% in last year.” She explained that the younger population is extremely dissatisfied, as well as those who identify themselves as Albanians, Montenegrins, Bosniaks, Muslims and Croats and the share within these national groups is at least about 60%, while within some it is up to 75%. On the other hand, those who are nationally identified as Serbs and those with primary education are more optimistic that the direction of society is good.

“Citizens and politicians have different priorities and agendas, and this discrepancy is very noticeable between what politicians position as important issues and what citizens perceive as problems. Namely, citizens are united in the need for a decent and dignified life, and except for the issue of fighting corruption and organized crime, all other issues of our politicians they do not perceive as important. At the same time, it is precisely these highest-ranked issues of politicians that deeply and dangerously divide society. For example, citizens cite the Serbian Orthodox Church (SOC) and the Fundamental Agreement between the Government and the SOC (28.2%), identity issues (which include the census – 17.4%), and the fight against corruption and organized crime (16.8%) as the most frequent issues addressed by politicians. On the other hand, unemployment (27.1%), the fight against corruption (17.7%) and enabling better living standards (17%) are considered the most important issues, while the majority is much less interested in the SOC and the Fundamental Agreement between the Government and the SOC, as well as identity issues”, explained Uljarević and assessed that “such disproportion of politicians indicates their alienation from citizens”.

One of the issues that have drawn a lot of attention is the introduction of religious education in the Montenegrin education system. A significant majority of citizens are against (58.9%) this idea, while slightly more than one-fifth (22.7%) support it and slightly less than one-fifth have no opinion about this issue (18.4%). The introduction of religious education is supported by an above-average share of respondents over 65 years, those without education and those of Serbian nationality, but also the Croatian minority. Fierce opponents are among Montenegrins, Bosniaks, Muslims and Albanians, as well as amongst those with high school or higher education. 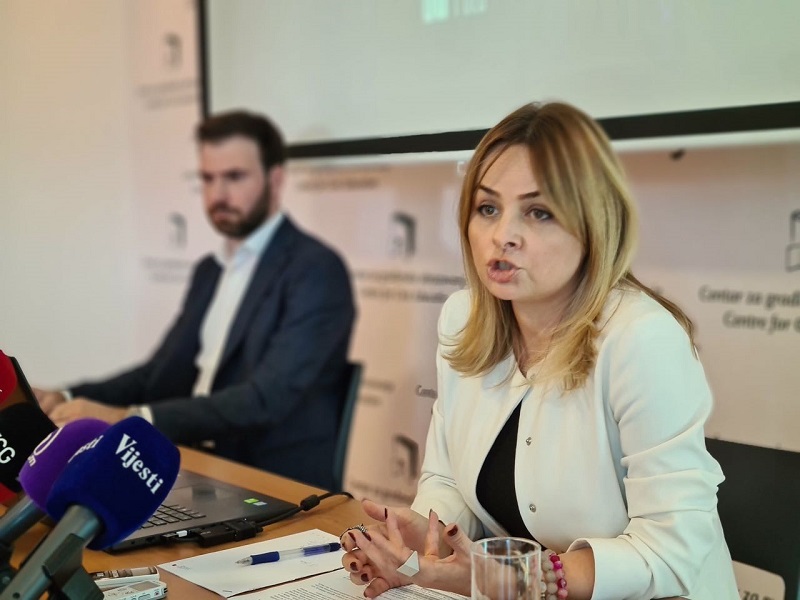 “Lately, there has been a lot of talks whether we were witnessing revanchism or regular personnel changes after the change of the decades-long government. The findings reveal that the prevailing view among citizens is that the new government has not kept the promise that there will be no revanchism towards those who disagree with their political views (47.7%), while slightly more than a quarter (26.2%) consider that promise has been kept”, said Uljarević. “The perception of revanchism is above-average among the younger population, as well as within other age groups up to 44 years, among those with secondary, tertiary and higher education, as well as those nationally identified as Montenegrins and within minorities (Albanians, Bosniaks, Muslims, Croats),” concluded Uljarević.

Vuk Čađenović, Executive Director of DAMAR, presented the findings of the research concerning the living standard and the impact of recent political events. “This survey indicated that 54.5% of citizens believe that the monthly income of the household members is not sufficient to cover the living expenses for one month, which represents a slight increase in comparison with the research from October 2020. However, today 31.8% of citizens consider that their income is sufficient, which is a significant decrease in comparison with last year’s finding when 40% of respondents had that opinion,” stated Čađenović.

The data also warn of a compelling increase of dissatisfaction and indifference linked to the perception of the future in Montenegro. “Compared to last year’s findings, in which 16.7% of respondents expressed pessimism, this year 32.6% believe that it will be worse than before the change. The standpoint that everything will be the same share 32.7% of citizens, while the most evident change is among the optimistic ones – 23.4% of citizens believe that a better future awaits us, which is a decrease compared to last year’s findings when 44% of citizens had that position”, said Čađenović. 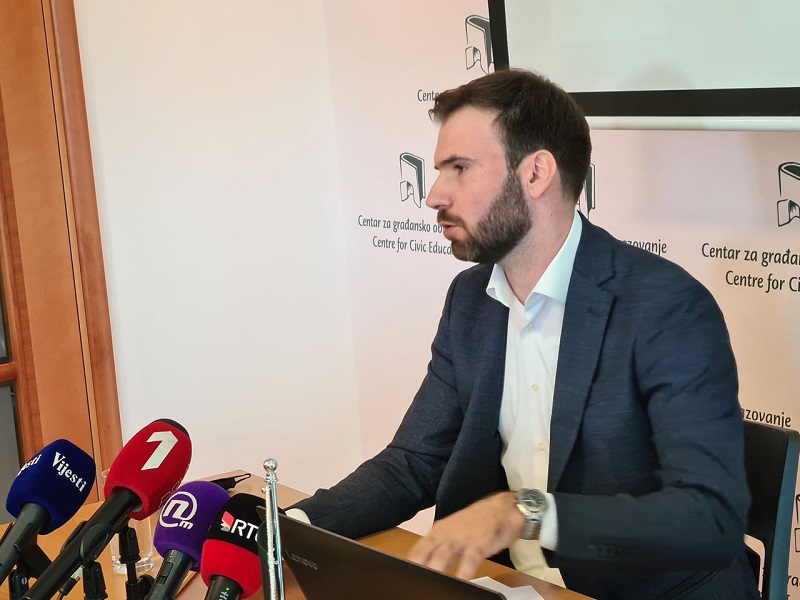 Those who identify themselves as Serbs predominantly deem that the balance has been made, and that enthronement should have been enabled at all costs, while all national minorities (Bosniaks, Muslims, Albanians, Croats) and the vast majority of Montenegrins are of the opposite opinion.

“When it comes to responsibility for the escalation of the crisis on 5 September in Cetinje, citizens are divided, thus, 22.8% consider that the Government and Prime Minister Zdravko Krivokapić are most responsible for that, and 22% blame the president of the state. The opinion that extremists on both sides are responsible (14.5%) follows, while 18.6% do not have an opinion,” underlined Čađenović.

Montenegrins, Bosniaks, Muslims, Albanians and Croats blame the Government and the Prime minister the most, as well as extremists and the parties of the ruling majority, while Serbs cite the president of the state as the major guilty person.

MNE Pulse is a joint initiative of CCE and DAMAR agency aimed at creating an environment in which decisions relevant to the strategic shaping of society towards democratization and Europeanization will be made based on reliable data and thorough analysis. The intention of DAMAR and CCE is to help everyone who wants to focus on citizens through empirical data, which are published monthly, and which should consequently lead to improving the quality of public debate on important issues, but also raising the level of responsibility of all stakeholders.

The research was conducted from 1 to 15 October 2021, with application of CAPI method on a three-stage stratified random sample that consisted of 1007 Montenegrin citizens.