“The discourse of Europeanization is currently marginalized by retrograde and impotent policies, and hence we need to gather civic forces in the region and offer resolute resistance to right-wing extremism, clericalism and misogyny”, as emphasized at the introductory panel of the Podgorica Plenum – Quo Vadis Balkans?, organized today by the Centre for Civic Education (CCE), the Regional Academy for Democratic Development (ADD) and the Friedrich Ebert Stiftung (FES). 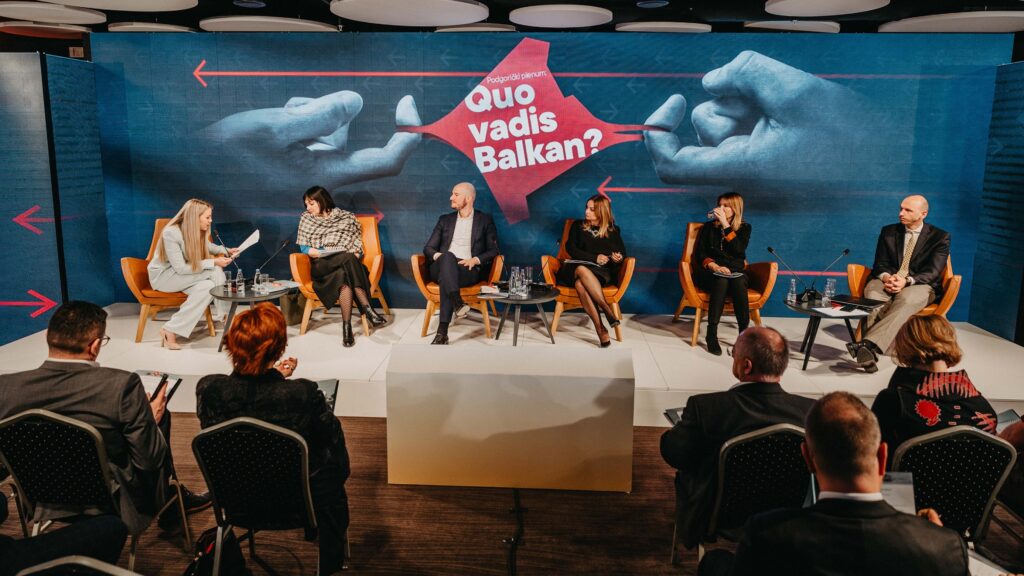 Dr. Max Brändle, Director of the FES Regional Office for Serbia and Montenegro, opened today’s first panel with specific emphasis on the importance of uniting forces in the fight against right-wing extremism and misogyny, through the affirmation of social democratic ideas and principles. “We support the efforts of those who want to provide a progressive and European response by discussing the problem of right-wing extremism”, he stressed.

Balša Božović, the Executive director of the ADD from Serbia, is clear that “there is no reconciliation without dealing with the past, and there is no peace without reconciliation. That process has been deliberately stopped, which means that these policies have not yet ended the war”.

Božović emphasized the significance of a clear response to extremism. “We need to do everything we can to gather civic forces in the region and to offer resolute resistance to the hatred that is moving us away from Europe. No one will help us – neither the EU nor the West if we do not help ourselves first”, he said.

“The region is crucial, and the civic forces need to consolidate, demonstrate solidarity, better organize and strike back at the growing fascism of societies in the region. This process is long-lasting and extremely difficult, but as would the late Zoran Đinđic say – if it would be easy, it wouldn’t have befallen us”, said Božović.

Daliborka Uljarević, Executive Director of the CCE, assessed that “the discourse of Europeanization in Montenegro, in the last two years, has been marginalized by topics that are an expression of retrograde and impotent policies, and which is the reason we are in a position of regression in the negotiation process”.

“This situation in the country has been mostly influenced by external actors and politicians who are not resistant to those influences, and who have come to the position of making decisions. However, I believe that we as a society have the progressive potential and capacity to respond to the right-wing extremism, clericalization and destructive polarization that we face today. I believe that a great role in that have non-governmental organizations, free-thinking individuals, the media, but also those political parties that insist on values ​​or at least in these circumstances understand the importance of values”, Uljarević pointed out. 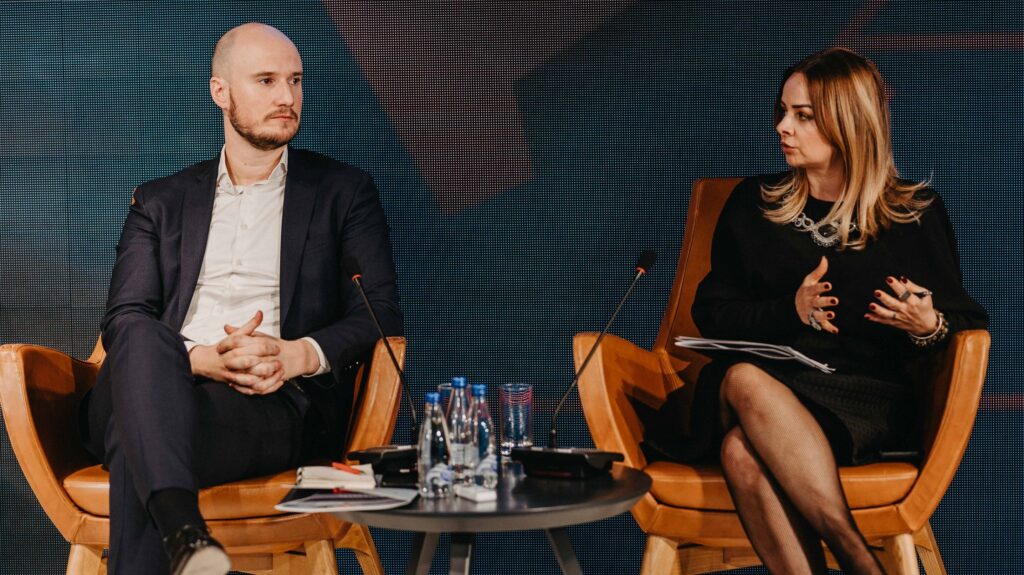 “We are witnessing an increasing frequency of hate speech and violence against women in public and political life. This is an attempt to reduce the influence of women on politics and public debate, thus these attacks can be considered as forms of political violence. It affects many more women than those who are directly exposed to it and sends them a message to stay away from public life”, said Maja Raičević, Executive director of the Women’s Rights Center.

She pointed out that the types, scope and consequences of public violence suffered by women and men are not the same, i.e., that women experience it disproportionately more and with more severe consequences, especially because it encroaches on private life and morals, which in traditional environments like ours have significance for the social and professional reputation of women. “In addition, this type of violence often includes sexual harassment, insults of a sexual nature and sexism that is not typical for attacks on men in public life”, she said.

Demush Shasha, Executive director of the European Policy Institute of Kosovo, indicated that the current trend in the region is more reminiscent of the 1990s than of developed democracies. “The creation of such an environment is the responsibility of the political elite that has not changed since then. Even today you can see Vučić, Dačić, Šešelj, Thaci – no, but his shadows – yes, Dodik… And it is impossible to build a future with these still present elites. Their private interests are linked with the state and prevent the state from moving forward. The second reason is our view of the future through the past, instead of turning to a clean future that brings new answers”, he said.

Shasha believes that there is still a lot of work to do on the road to the EU. “It is cynical to talk about high environmental standards, artificial intelligence in such an environment. Also, the work of institutions and political parties cannot be replaced by the work of non-governmental organizations that are vocal in many areas”, concluded Shasha.

Kalinka Gaber, the Advisor in the Government of Northern Macedonia, stated that nationalism, fascism, misogyny in the public sphere, but also hate speech in public communication in general, stems from wrong political correctness, which is not the antithesis of hate speech, but a matter of elementary home education. “This is something that we as a society should oppose, and it must be the main filter because behind hate speech there is elementary ignorance and lack of education”, said Gaber. She particularly referred to the example of Macedonia in the part about how a change in the political context can affect the emergence of hate speech in the public sphere. 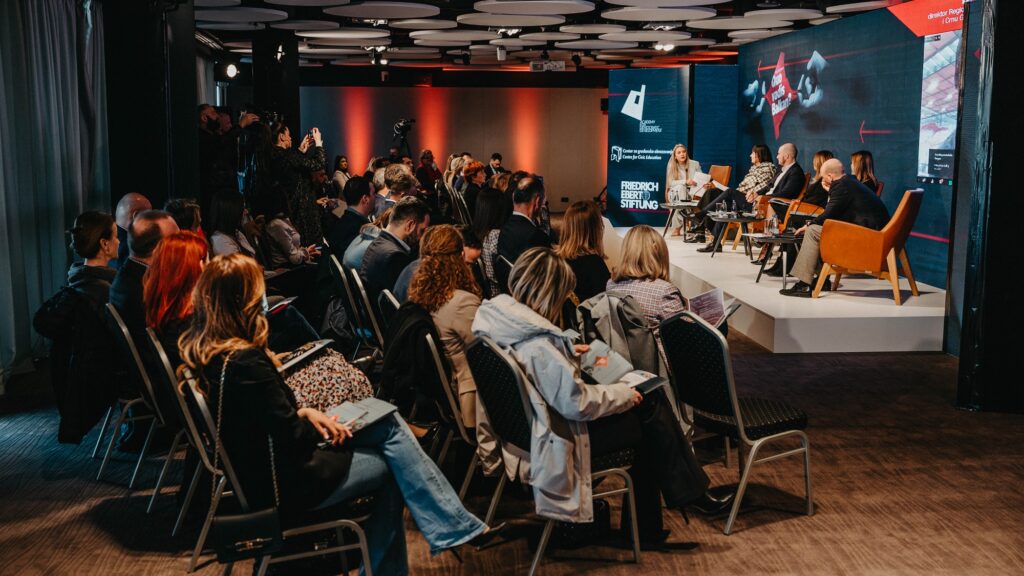 Gaber emphasized the importance of an efficient police-prosecutor-court apparatus in response to hate speech and extremism. “The selectivity of justice and inequality is the issue that NGOs work the most, but the suppression must go in two lines – by institutions and society”.

“Podgorica Plenum – Quo Vadis Balkans?” aims to strengthen the progressive forces in the region through gatherings and talks on modalities to respond to the growing right-wing extremism in the region.

The Plenum brought together about 50 participants from political parties, NGOs, the media, institutions, academia and the diplomatic corps, in compliance with epidemiological measures, whilst two more panels will follow today.