Regional networking can be a strong impulse for the mobilisation of civic forces in civic society and politics to resist the wave of right-wing tendencies that is becoming a common problem of all in the region, as emphasized on the third panel „How to get louder?“ within the Podgorica Plenum – Quo Vadis Balkans?, organised by the Centre for Civic Education (CCE), the Regional Academy for the Development of Democracy (ADD) and the Friedrich Ebert Stiftung (FES). 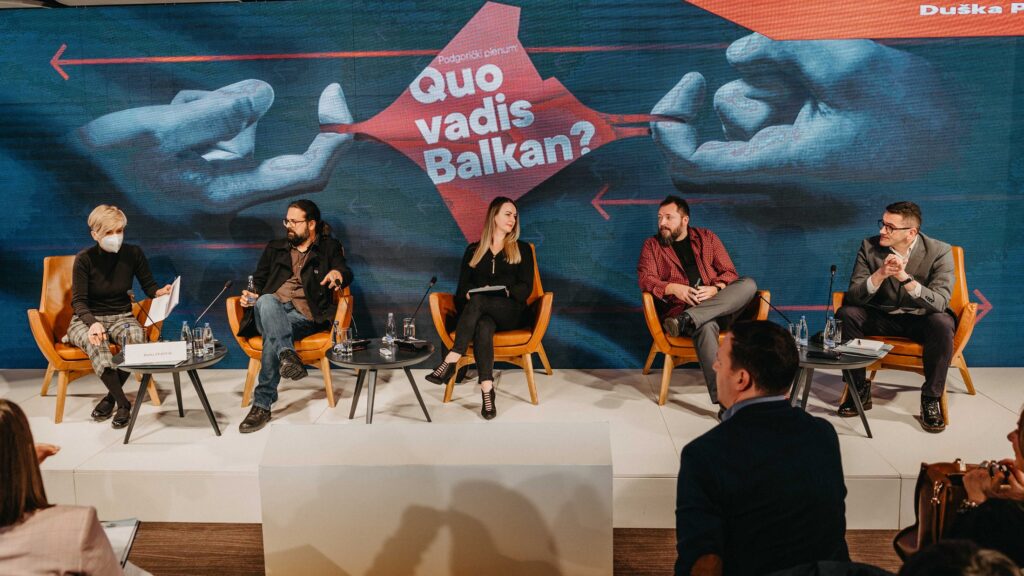 Andrej Nikolaidis, a writer from Montenegro, considers that journalists should not be socio-political workers, but an authentic voice that will “slap” what cries out for such treatment. “The greatest attention in deconstruction should be paid to the concepts that we consider to be absolved. As we have seen – nothing is implied, so, for example, the change of the government that shows that everything we thought was implied is not actually implicit,” Nikolaidis said. He assesses that the situation in the region is bad. “The idea of the left often seems as extremely weak, something that is almost dead. The left is the politics of hope, while the right is the politics of fear which is a stronger emotion than hope, and the centre is a reasonable measure between hope and fear. There are times when there seems to be no more hope and nothing to hope for. There were times when the right was stronger, but we survived. So, let’s be clear – hope is what they fear most of all and all their aspirations would succeed only if they suffocate hope,” he said. Commenting on the position of the Serbian Orthodox Church (SOC), he sees the problem that SOC is involved in politics. “At the moment, that church is the basic cross-border tool for spreading the influence of Serbia, which still has its own small imperial project that has brought so many misfortunes to everyone. As long as that is the case, we will face this problem, and people will sometimes choose to withdraw from that force. The SOC is too Serbian, and too little a church“, Nikolaidis is decisive.

Velma Šarić, President of the Post-Conflict Research Center from Bosnia and Herzegovina, reflecting on religious leaders, pointed out that we are witnessing their strong influence, which is not in line with the affirmation of peace. She especially pointed out the context in B&H, which has large administration and numerous ministries but not the Ministry of Education and Education Policy, with reference to “two schools under one roof”, the unfinished process of dealing with the past, brain drain and the importance of the rule of law. “This forum underlines the need for discussion and regional cooperation, and especially solidarity,” said Šarić, illustrating this with the example of war crimes prosecutions. “We have a huge problem, because those accused of war crimes fly to neighboring Croatia or Serbia, because they have the citizenship of neighboring countries and they are not available for prosecution. This indicates that regional cooperation concerning war crimes and on the issue of the entire post-conflict transformation is an integral base for all of us. The international community and donors must understand that this process should not be taken in part, but with a plan that encompasses the entire Western Balkans,” she stressed.

Vesna Mališić, a journalist from Serbia, considers that the media today are often collaborators of the government, and not collaborators of the truth. “In that manner, this throws them out of the classic notion of the media and puts them in the circle of pillars of various sets of government and various other centres of power, which primarily refers to televisions with national coverage. The essence of the story is an environment in which two premises are important – that intolerance and the spread of hatred are among the basic technologies of government covered by the media, and that the spread of hatred and the worst words we hear from them are presented as freedom of speech and the right to dissent“, she clarified. Mališić believes that in Serbia the radicalization of society in depth is felt, which can be seen through the media where radical voices appear as the predominant voices. “People who appear on television are people with radical attitudes, prone to intolerance… We have a whole atmosphere that, on the one hand, installs the image of the enemy of those who are different from what the government wants, and on the other hand, the feeling of being threatened by some on the other side, from the surrounding… It is an atmosphere in which right-wing ideas easily break through. Genuine journalism in Serbia today lives only in some local media, small-circulation newspapers and cable television. Everything that has a great influence is under the paw of the ruling set,” Mališić said.

Dragan Bursać, a journalist from Bosnia and Herzegovina, believes that we are all on the left option of social democracy and proactive actions. “In my opinion, proactive action is action directed to young people, to the education system, which is not just ex-cathedra and I think that is something we all need to work on,” Bursać said. Asked how far we can go into the future without dealing with the past, he said “that young Serbian political representatives who say it was “a long time ago” often turn out to be Chetniks. These people have a very clear agenda. The story of leaving things behind is the story of those who strive to create Chetniks who are not that much Chetniks. Serbs have this historical misfortune that when they choose between two evils – they choose Chetniks. In such conditions, in which they become politicians, young people see the path that is being paved for them is where their colleagues are. Of course, the mistake is in the education system that does nothing that would take them where they should, it is led by the government or the opposition that does nothing,” he said.

Vladimir Vojinović, a writer from Montenegro, sees the danger of religious education as a key problem in Montenegro. “We have the announcement of that in everyday life – through the Draft Basic Agreement which is not in accordance with the Constitution, we hang pictures of saints in schools, then one school received a request from a non-existent Orthodox high school to teach even though it is against our law … What follows is the division of our children into religious frames. If the plan to introduce religious education in Montenegro passes, we cannot talk about the left,” Vojinović indicated, noting that action must be taken through institutions. He underlined the importance of the Podgorica Plenum as a rare example of a quality association of civic forces, which are trying to solve some problems that the whole region is facing. “It is very important to say that such gatherings should be repeated, that some summaries should be made after them, which will push the society in the desired direction in the form of conclusions, as we see that our society, like all in the region, is in great danger from the far right that is, right-wing currents“, he concluded. 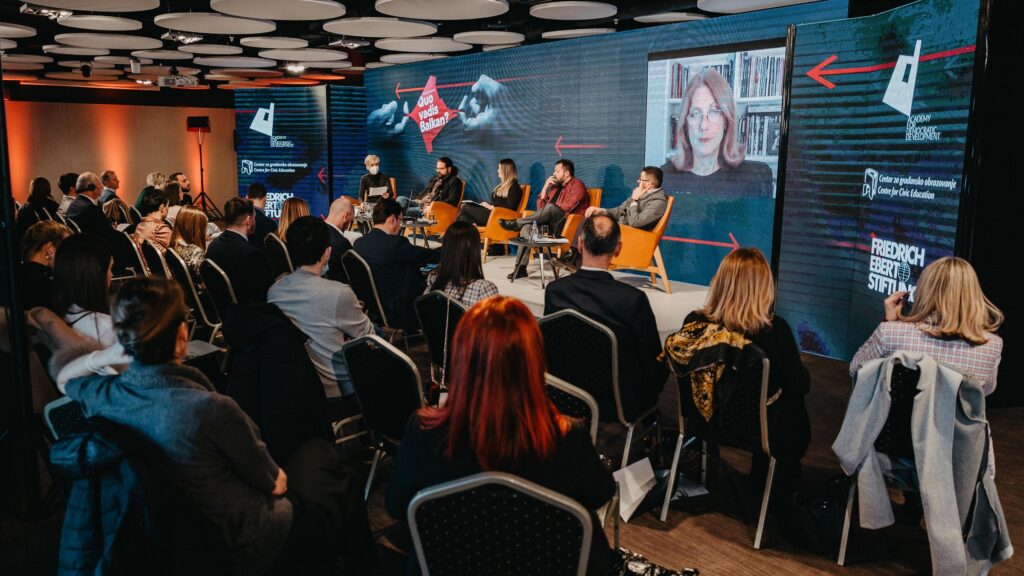 “Podgorica Plenum – Quo Vadis Balkans?” aims to strengthen the progressive forces in the region through gatherings and talks on modalities to respond to the growing right-wing extremism in the region. The plenum brought together about 50 participants from political parties, NGOs, the media, institutions, academia and the diplomatic corps, in compliance with epidemiological measures.