In Montenegro, about 16 percent of young people are considered competent to understand various political concepts, which is why it is important to insist on reintroducing Civic education into the education system, but also to change the culture of educational institutions that continue to function authoritatively in the Western Balkans. This was announced at the panel “Challenges of youth participation in decision-making processes”, within the regional conference “Youth in the Western Balkans – (self)excluded“, organized by the Centre for Civic Education (CCE) in cooperation with the TACSO Office for the Western Balkans and Turkey with the support of the European Union, and as part of the contribution of marking the European Year of Youth. 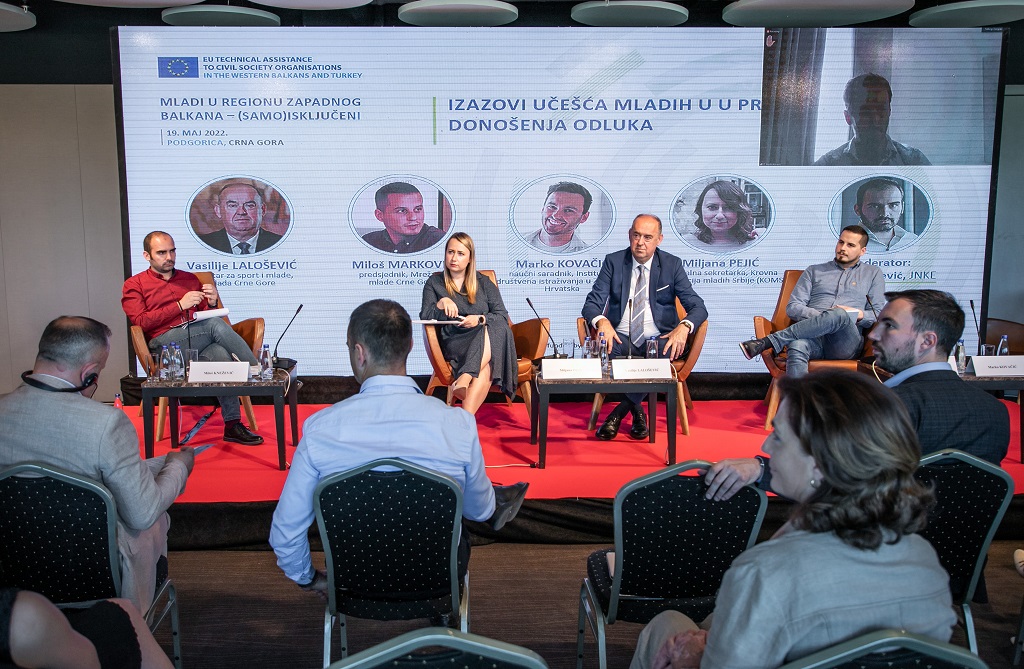 The Minister of Sports and Youth in the Government of Montenegro, Vasilije LALOŠEVIĆ, thinks that in the past two years there was no progress in drafting the Strategy for Youth, because, as he reminded, there was a new structure of the department concerning youth policy.

“We no longer have the Directorate for Youth and Sports. we have the Ministry of Sports and Youth. I think that this act is a significant step forward as the organization of the Ministry gained wider competencies and opportunities to do things that you could not do before“, Lalošević said.

He reminded that in cooperation with the UNDP, the process of drafting a new Youth Strategy had been launched and that a public invitation has been issued to all NGOs to participate in it.

“The Strategy for youth is very important. With a new approach, we want to eliminate platitudes and general places, and do concrete things that will guarantee progress, to include all segments of society and thus make a good document. It is a job that will take several months. The Government’s Work Programme envisages it for the third quarter“, stated Lalošević. 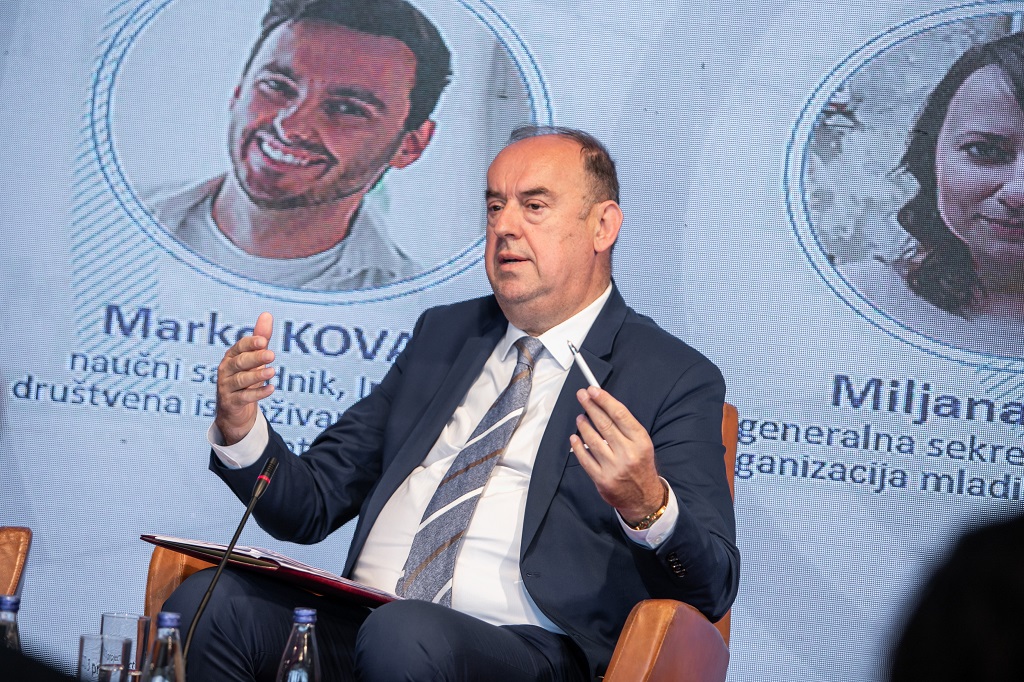 He said that the Ministry of Sports and Youth will try to be a “people’s office”, to work transparently and provide equal opportunities for all.

Marko KOVAČIĆ, a research associate at the Institute for Social Research in Zagreb, reminded that research indicates that 20 percent of young people consider themselves competent to understand various political concepts.

“In Montenegro, about 16 percent of young people are considered politically competent. I think this is very important information for all decision-makers. It is necessary to insist on the reintroduction of civic education in the education system. It is crucial to learn how to be a citizen and how to live in a democracy to integrate well into the education system, not only by learning about it, but it is important to change the culture of educational institutions, which continue to function authoritatively in the Western Balkans“, stated Kovačić.

He also assessed that it is necessary to create a stimulating environment for cooperation between the formal and non-formal education system, but also to strengthen civil society organizations that deal with this topic.

The Secretary-General of th National Youth Council of Serbia (KOMS), Miljana PEJIĆ, said that the data from the Alternative Report on Youth indicate that 85% of young people believe that they cannot influence decision-making.

“One of the strong motives why young people do not participate is the belief that even if they get involved, nothing special will change. Consequently, one of the key challenges is to tell young people that we will hear their voice”, Pejić said.

She assessed that it is important that there is a critical number of young people who are ready to hold institutions accountable and motivate them to direct more money and open more opportunities for young people who want to participate, but do not know how. 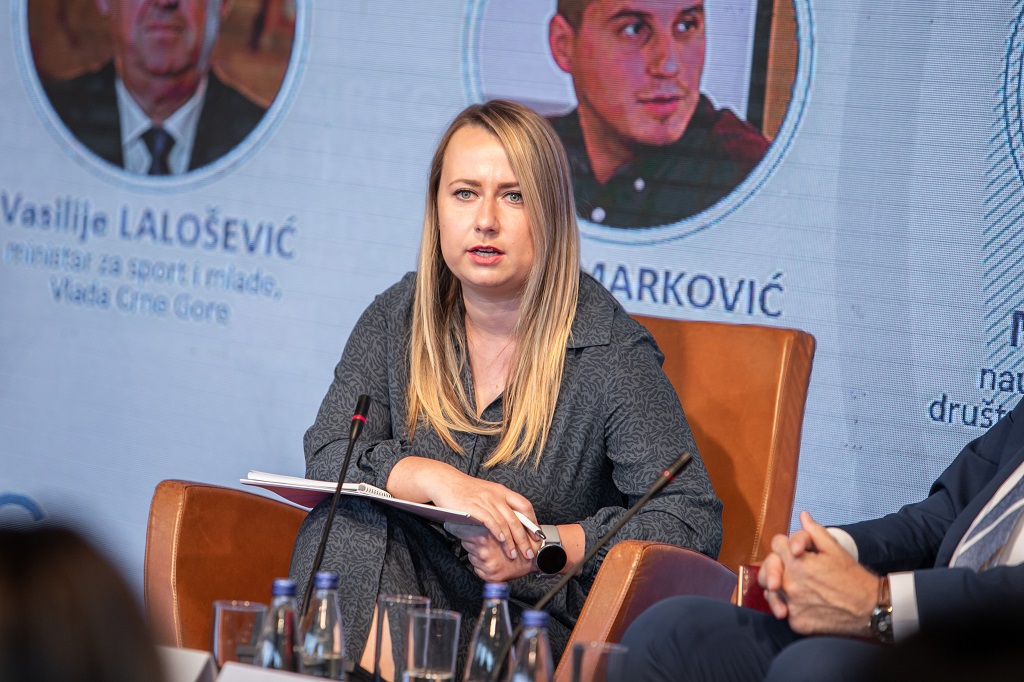 The President of the Youth Network of Montenegro, Miloš MARKOVIĆ, pointed out that young people in our region create a pattern during childhood that they have to listen, stating that it is difficult to replace it with new ones “and ask them to be leaders and revolutionaries, because they feel they can’t do that.”

“It is not easy for any young person to step out of that pattern that is generally accepted in society, especially with attitudes and opinions that, if they interfere in politics, can be marked as inappropriate“, Marković said.

He characterized the Law on Youth as a “dictionary of youth policies”, and the national strategy as a beautifully designed document, noting that there are wish lists but that there is no capacity or will to make what is written come true. “Young people should be given the opportunity to devise a national strategy and hand it over to the competent institutions,” Marković pointed out. 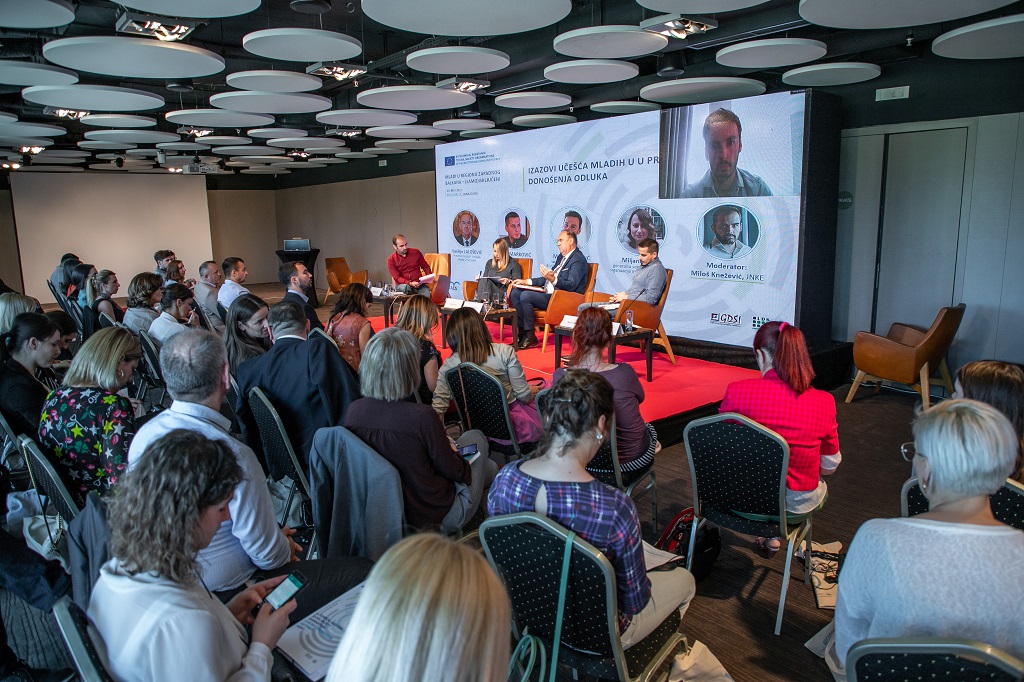 During the discussion, it was stated that the older population cannot understand the needs of young people, that young people understand their peers best, that institutions need to find a certain channel to inform young people who are not interested in activism and that politics is tied to something modern. It was also assessed that the existing youth services do not serve their purpose.