Montenegro as a society must find ways to preserve the media that deal with journalism in a responsible and professional manner, as well as to do everything to have a strong, stable and genuine public service. This was pointed out at the panel “How to find good solutions?”, held during the conference “Media in Montenegro – how to recover?”, organized by Centre for Civic Education (CCE).

Acting Director-General of the Directorate for Media in the Ministry of Culture and Media, Neđeljko RUDOVIĆ, said that without a strong media community, free and professional journalism, no society has a future, so neither can Montenegrin society have one. 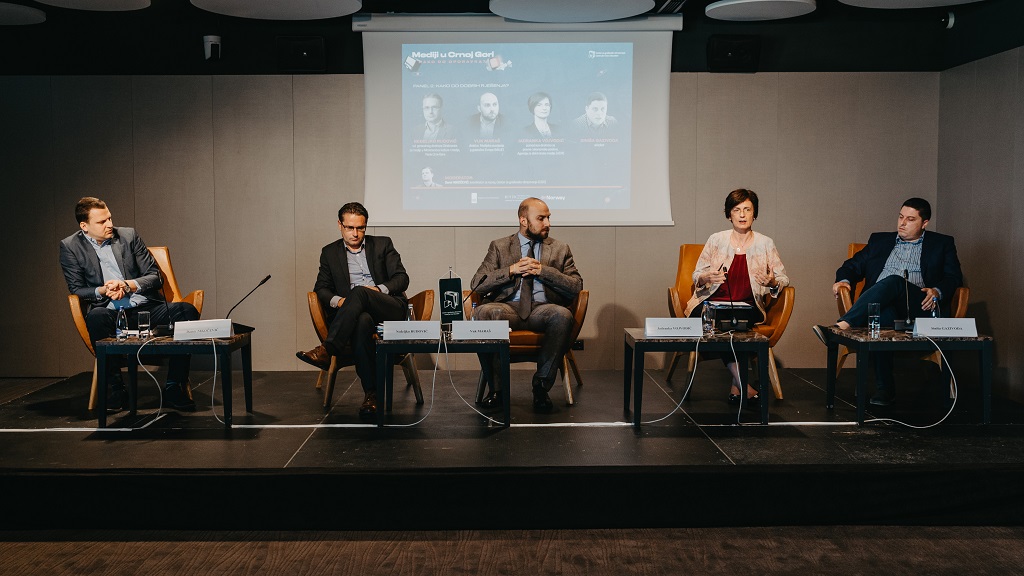 “The commitment of every European government must be to give impetus to free and professional journalism. Within the Working Group, which prepared the draft Media Strategy and is working on the preparation of amendments to the set of media laws, we are not working proforma, but really exchanging arguments and looking for solutions to key problems we are facing. And those problems are numerous“, Rudović pointed out.

According to him, the most read and influential media in Montenegro are not tabloids, as this the case in the region, but professional media, “with all the flaws, mistakes, omissions, political bias“.

“In my opinion, that is the treasure of Montenegro, our precious thing, which we should be proud of, and on that basis go further and continue to nurture that achievement”, stated Rudović.

He assessed that the society and the state must do everything to have a strong, stable and genuine Public Service, which, as he said, will be aware of its responsibility towards the citizens. “It is necessary to introduce accountability mechanisms in case of non-fulfillment of obligations when we talk about the Public Service. Secondly, Montenegro as a society must find ways to preserve the media that deal with journalism in a responsible and professional manner. Otherwise, having in mind the market and that the marketing is getting smaller, stronger newsrooms from the region will become the owners of the Montenegrin media space “, warned Rudović.

Director of the Media Association of Southeast Europe (MAJE), Vuk MARAŠ, reminded that the Montenegrin media market is the smallest in the region, having 11 million euros of marketing cake at best, “and we are most exposed to media competition from the region.”

“We are one of the organizations that initiated the drafting of the Media Strategy, as we believe that this long-term collapse of the media market must be stopped and that the state must take measures to compensate the media for the damage done in more than a decade. Dialogue with the representatives of the media community is opened, everyone had access to the Media Strategy and laws, in order to get comments on how things can be improved in this area”, Maraš claimed.

He pointed out that at the end of last year, there was a danger that Montenegro would lose all daily newspapers. “There was a crisis in the paper market, the price raised three times. Newspapers in Montenegro continue to be sold at the same price, with three times more expensive paper, with the increased price of labour due to Europe Now programme. We believe that the state is obliged to help the media”, Maraš said.

He assessed that the media community has never been more united, even when it comes to media that have completely opposite editorial policies regarding market regulation.

Jadranka VOJVODIĆ, Assistant Director for Legal and Economic Affairs of the Agency for Electronic Media (AEM), explained that the Agency supervises the implementation of the Law on Electronic Media, stating that this includes a big number of issues, and only one issue is related to professional standards.

“My opinion is that this is a controversial solution and that the Agency is not the one that should deal with respect for professional standards by the media. This is an issue that should be in the domain of self-regulation. At the moment, the situation is such that we are trying to respond to all the complaints we receive and act proactively if we notice their violation. I think that we are doing a good job in that framework“, assessed Vojvodić.

She informed that the number of initiated proceedings is growing, as well as that it refers to a smaller number of professional standards, and more to the protection of vulnerable groups, protection of content related to advertising and discrimination.

“I think that the Council of the Agency responded to the imposed obligations. On time, after the adoption of the Media Law, we started drafting a rulebook that prescribed in detail the manner of allocation of funds. We announced the competition at the beginning of the year, I hope that at the beginning of June we will have a decision on the distribution of funds based on that. It is important for the funds to be allocated on completely transparent terms and that nothing can be called into question procedurally”, said Vojvodić. 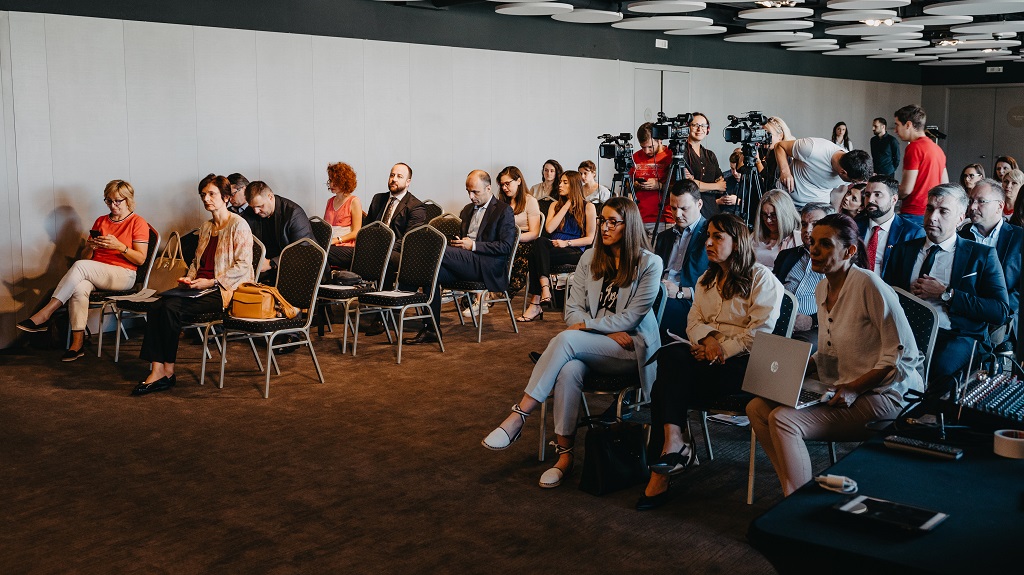 Lawyer Siniša GAZIVODA considers that media coverage of criminal proceedings is one of the most delicate areas that the media deals with.

“We must be aware that information from various investigations is available to a large number of people and that it is difficult for them not to reach the media, even when it harms criminal proceedings. When it comes to the case-law of the European Court of Human Rights, it is often mentioned that public interest and interest of the public are not synonymous. Namely, it is not in the public interest everything that the public would like to know. This is where we come to situations in which the basic human rights of others can be violated“, Gazivoda stated.

He assessed that protection mechanisms are weak, stating that the best way for the media is to function more professionally and for journalists and in the newsrooms journalists deal with standards.

During the discussion, a member of the Preokret movement, Srđan Perić, stated that the power of the media is concentrated in political elites and big capital.

“I don’t see anything disputable if the state would finance the media, that we have a card on every media front page where it says “you, citizen, are financing the work of this media”. I think that would be a step in the right direction“, Perić added.

The Dean of the Law Faculty of the University of Montenegro, Aneta Spaić, pointed out two important issues – how much the state should be involved in financing the media, as well as how we should treat unregistered media.

Also, one of the questions of the participants in the discussion referred to the possibilities of the state in sanctioning portals that publish offensive comments with elements of hate speech.

Answering the questions of the participants, Rudović said that one of the obligations of the media is to delete offensive comments. “This is a matter of law enforcement. In Montenegro, in one part we have mechanisms that protect us from spreading hate speech and spreading of false news. The Criminal Code deals with hate speech and the dissemination of false news in criminal offenses of inciting the racial, national and religious hatred, racial and other discrimination, for which imprisonment is prescribed. The question is: does the one who implements the law protect the public interest and do they adequately deal with the protection of society from the spread of hate speech“, Rudović wondered.

Rudović also believes that public sector bodies should not be advertised on unregistered portals.

The conference “Media in Montenegro – how to recover?” was organized within the project “Media for Me” implemented by the CCE with the support of the Embassy of the Kingdom of the Netherlands, the Ministry of Foreign Affairs of the Kingdom of Norway and the Balkan Democracy Fund of the German Marshall Fund (BTD).